It was raining softly, faintly today and I could have stayed there in it but the sign gets wet and could get ruined. This is the fifth one. So I left after 10 minutes and I'm home reading the paper. I saw this comment from the great Bronx-born novelist Don DeLillo: 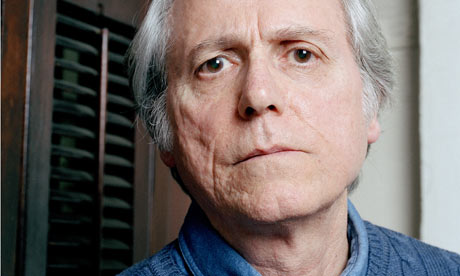 “Oh, I think whatever’s going on now seems unique,” he says. “The question is whether the situation is terminal. I’m very reluctant to talk about Trump, simply because everybody else is. We’re deluged with information about Trump on every level – as a man, as a politician. But what’s significant to me is that all of his enormous mistakes and misstatements disappear within 24 hours. The national memory lasts 48 hours, at best. And there’s always something else coming at us down the pipeline. You can’t separate it all out. You get lost in the deluge.”
So what’s the prognosis? DeLillo, God help us, is as discombobulated as anyone. “It’s hard to know. I think it would take a great shift of events for the country to restore its balance, to restore its consciousness, and to think about things the way we did during the Obama administration.” He sighs. “Right now, I’m not sure the situation is recoverable.”

Posted by Bill Gunlocke, a city reader at 7:11 AM

Add comment
Load more...
Newer Post Older Post Home
Subscribe to: Post Comments (Atom)
'We go to college to be given one more chance to learn to read in case we haven't learned in high school. Once we have learned to read, the rest can be trusted to add itself unto us.'