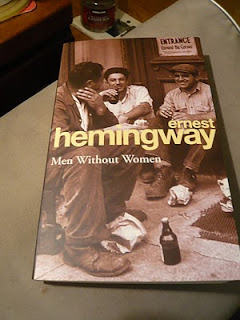 Caption: THE FAMILY OF MAN. These are stories about men in tough situations, alone, or with other guys.
Posted by Bill Gunlocke, a city reader at 6:36 PM