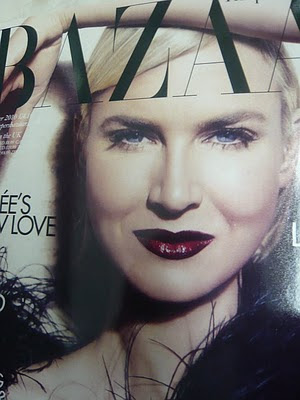 THE ELEMENTS OF STYLE

Will the Mayor’s fashionable new choice for Schools Chancellor, Cathleen Black, put reading back in style?

I didn’t like Joel Klein. I saw him at school board meetings. He was less than just a suit. He sat there playing with his Blackberry. The whole time. Looking up occasionally, dyspeptically. You wished for C-Span cameras, to catch him at it. If he was a big-deal lawyer in his former life, you wondered how. He was dismissive of parents and activists who tried to hold his attention in their paltry two-minute chance at the microphone. He acted (‘acted’ is almost too strong a word for what he did) tired, disinterested. I wanted to stand up and point out his glaring, insufferable lack of interest. But I’m sure everyone in the audience had already noticed.
Most of the audience were minorities. Parents of kids whose education, whose future, he controlled. You’d think he could rise to the occasion once a month to seem empathetic, show some interest. Nope. If the city’s media ever commented on his pathological lack of charisma, I never saw it. He was too close to the idealized paradigm of what New York holds dear: high SATs, Ivy League, kids in private schools, knew the Clintons, worked in Washington. Now he’s going off to work with Rupert Murdoch. In the reign of what-party Bloomberg, that’s no real surprise. It’s no bigger a move than changing your August vacation plans from Martha’s Vineyard to Nantucket. I’m glad he’s going.

I’m not sure what he accomplished. Are you? If there were some changes made, other cities made them too. Likely before New York did. No Smoking and bike paths and mayoral control of the schools weren’t invented here.

Now the Mayor wants Cathleen Black to take over. I’m not surprised by the choice. She stylish. The Mayor likes all that. She’s sorta’ Democrat, sorta’ Republican. Kids in boarding schools. Rich enough to own homes on the Vineyard and Nantucket. That’s right in Michael Bloomberg’s wheelhouse.

She has no experience in education. The predictable critics are grousing about that. As if all the former chancellors with doctorates in education had done jack for the poor kids here, or anywhere else. I like the choice. She’s full of life. She looks, and certainly is, able. That to me is most important. An able person can succeed in just about anything. She’s 66, so she’s seen a lot. She has kids of her own. She’s hired many young people at all her magazines. She appears, especially after dull-lawyer Klein, to have charisma. And her professional success has been in publishing, so she must respect the written word. If you’d rather have some PhD who’s still reading John Dewey at bedtime, you maybe haven’t noticed that we’re in crisis here.
Way too many kids who have gone through the public schools in this country’s most sophisticated city don’t know how to read to save their lives. They are being shortchanged year after year. Don’t show me statistics like Klein showed us statistics. The schools have sucked for a long time. And he left them sucking still.

Maybe Cathleen Black will make them better. She’s not a lawyer or an ambitious professional bureaucrat, used to sober briefs and boring documents. Her life has been spent turning blank pages into artful rectangles of style and order and stimulation. Just what schools should be. Does that sound crazy? That someone from a fashion mag world might have just the right aesthetic sense to make something out of the disorder of our public schools? Doesn’t sound crazy to me. Her eye for detail, her years of experience in putting out great products month after month, year after year, in a hotly competitive market should not be discounted. Between the glossy photo pages, she’s showcased writers and issues worthy of Leonard Lopate’s NPR show.

I welcome her enthusiastically. I hope she gets the OK.

Here’s what I’d tell her. Be radical. You’ve got just one shot at this. Don’t try to please the media or the boyish Secretary of Education. Don’t cater to the folks leading the charter school juggernaut. Or the unions. We’re in crisis.
This might be a guide: You know how Henry Ford paid his workers enough so that they’d be able to buy the cars they built. Well, maybe you could use that same notion, and set as your goal, making sure that the kids who reach high school in the city’s public schools can read well enough to read the magazines that you put out all those years at Hearst. That would be wonderful , wouldn’t it? I don’t mean from a marketing standpoint. You don’t have to worry about that anymore. But wouldn’t it be great to have the kids reading at a level where they could pick up any of those magazines and read through them like your two kids I’m sure can? That could be your curriculum guide. What better measure of your success?

Use that. Whatever measuring stick the system is using now must be a strange one. Do they think the kids have achieved it? Whatever it is. They can’t believe it. But they haven’t come up with anything that even remotely gets the job done.
And don’t do this: Don’t talk, like President Obama does, about every kid going to college. Nonsense. That’s like telling every fat kid they’re going to run the Boston Marathon. Let’s teach them to read first. Read well. If they can do that, college will take care of itself.
I’ve used this imagined scenario before. I’ve used it many time actually to explain my frustration with the failure of the schools here to do what, to me, seems doable. OK, imagine your oldest child is home from boarding school over the summer. He or she hasn’t got a summer job. The retired guy down the street who knows your son or daughter well, knowing that they aren’t working, asks if maybe they’d like to make some spending money. He suggests maybe they’d like to help his six-year-old granddaughter, who’s spending the summer with him, learn to read. Your kid thinks about and, not knowing how to say no to the old guy, says, Sure, I’d do that. And then asks the neighbor, How long do I get to accomplish the goal? He says, 12 years. Your kid wants to slap his forehead and laugh, and say, Who couldn’t do that? Well, apparently the New York City school system can’t. In 12 years, they can’t seem to teach most of the kids to read. Really read, well enough to read your magazines.
I hope you get the job. And that you do it as well as you’ve done your work in the shiny magazine world. The kids here deserve to shine. All of ‘em.
Posted by Bill Gunlocke, a city reader at 7:47 AM No comments: 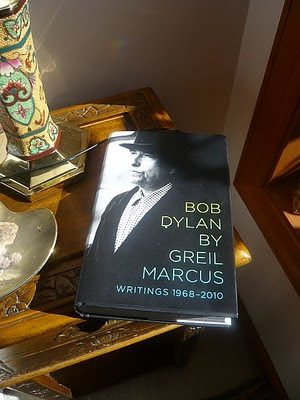 I took this book on a trip with me a few weeks ago. I’d finished the novel I’d been reading just before I went. This was all I had to get me through. As it turned out, it was all I needed. We’ve all read Greil Marcus in Rolling Stone. But I’d forgotten how good he writes. Forty years of stuff is here. Great stuff. Personal and subjective enough to feel honest. And true. You can’t ask for more. Demanding too. He might have a love affair with Dylan’s genius. But he’s tough and dismissive when he thinks Dylan’s standards are lowered.
You can hear the music. You can recall the era. You promise yourself you’ll listen to every Dylan CD you have in chronological order when you get home. You’ll watch ‘No Direction Home’ again.
You find yourself thinking of driving your car in 1965, smoking another cigarette, hoping the radio will play the long version of ‘Like a Rolling Stone.’
Posted by Bill Gunlocke, a city reader at 7:44 AM No comments: 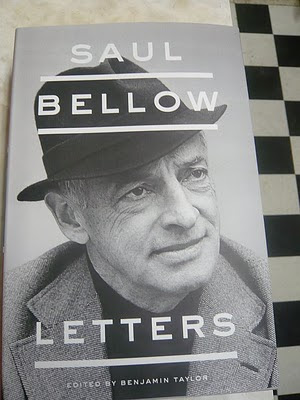 A Self-Portrait in Letters
Saul Bellow reveals himself in 70 years of correspondence.

Here’s the quote I have on my Facebook page: ‘If I am out of my mind, it’s all right with me, thought Moses Herzog.’ It the first line in my favorite book, Saul Bellow’s novel, Herzog. He’s my favorite writer. His is the brightest mind. Viking just published his letters. 558 pages of them. I just bought the book. I wish I had a long train trip ahead of me.
Here’s what Philip Roth says on the dust jacket: ‘It comes as no surprise that the great novelist was a great correspondent as well. I hungrily read the book through in three nights. As though I’d stumbled upon a lost Bellow masterpiece only recently unearthed.’
If you haven’t read Saul Bellow, you almost haven’t lived.
Posted by Bill Gunlocke, a city reader at 7:38 AM No comments: 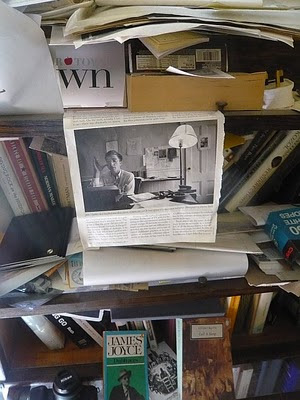 The bookcase nearest my bed.
Posted by Bill Gunlocke, a city reader at 7:29 AM No comments: