Will The City’s Pre-K Be Another Losing Game?

What will they do differently to make it a win for the kids?


They used to think I’d be a sports writer. I still follow a lot of the games. No fantasy 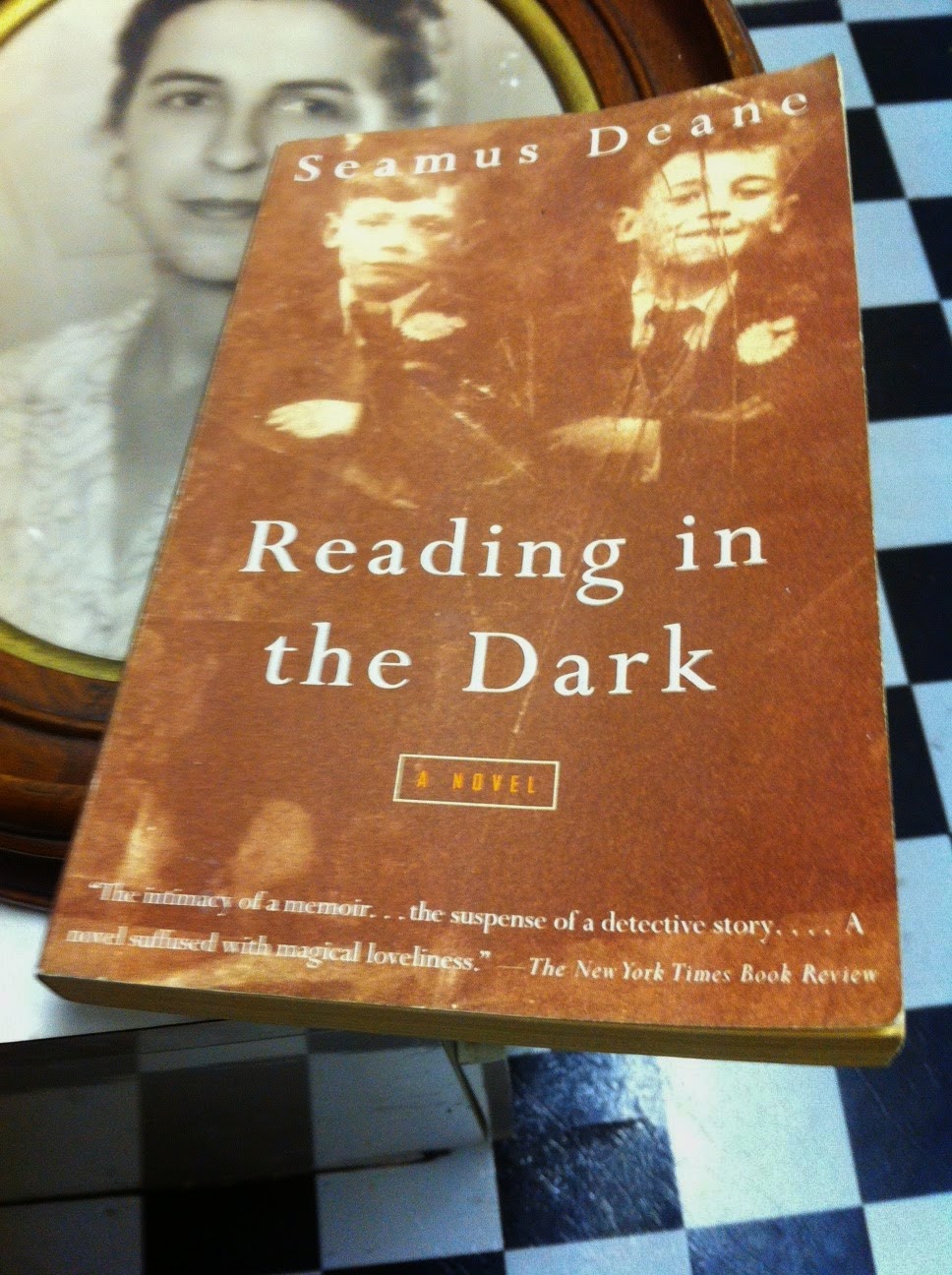 leagues for me. But I keep up. I use sports to explain things sometimes. Here’s what the old Giants coach Bill Parcells said when he was asked if his team wasn’t better than its won-lost record. He said, ‘You are what your record says you are’. I wouldn’t want to live in the same building as Bill Parcells, but I’ll tip my hat to him for that quote.


This city’s public schools have a terrible record when it comes to teaching kids to read. Especially the poor kids. Maybe one out of five of the poor kids can read at their grade level. They don’t improve on their grade-level performance as they go up (are passed-on) in grades. If they stay in school long enough to graduate, and you wonder why they would if they can’t really read, there are still only 20% of them who are capable of reading (maybe) like a senior in high school is supposed to be able to.

Parcells would make the mayors and the chancellors who oversaw these losing seasons, run laps, do push-ups. In front of the kids. He’d tell ‘em, ‘You are what your record says you are’. He’d be mad, like only he could be.

As a young kid, I’d get up early on school days and pad out to the kitchen in my pajamas where my mother was drinking coffee and doing the crossword puzzle. I gingerly did this. I knew she liked her private time in the early morning stillness, before she had to fix breakfast for her husband and her kids, when it was dark out the shiny window in front of her, the window that reflected her there with the yellow light above her that lit up the fresh paper and her sharp yellow pencil just so. There was no radio on. The dark TV was in another room with its little doors closed. She’d look over at me and smile and feign excitement that I was there. But I knew she wanted to be alone. And I wanted to be alone too. I just wanted to get the sports page that was next to her. I didn’t need her smile. I certainly didn’t need a hug. I didn’t want any questions about breakfast yet. I just wanted my part of the paper. I wanted to read about the Celtics or Willie Mays or Notre Dame.

My mother’s been dead for 40 years. I get to read my morning paper all by myself now, under my own yellow light. She’d be sad that I’m long-divorced, but she’d understand. I could tell she was a loner like me. I knew it early on, when I’d come out to the kitchen and intrude upon her solitude those mornings when I was itching for the sports page and my own privacy.

When I got older and moved away and had kids of my own, I started my own newspaper. It was a free weekly, inspired by The Village Voice. We had sports in it. Of course.

Now I have my cityReader. This issue #48 makes it four years. My mother would like it. 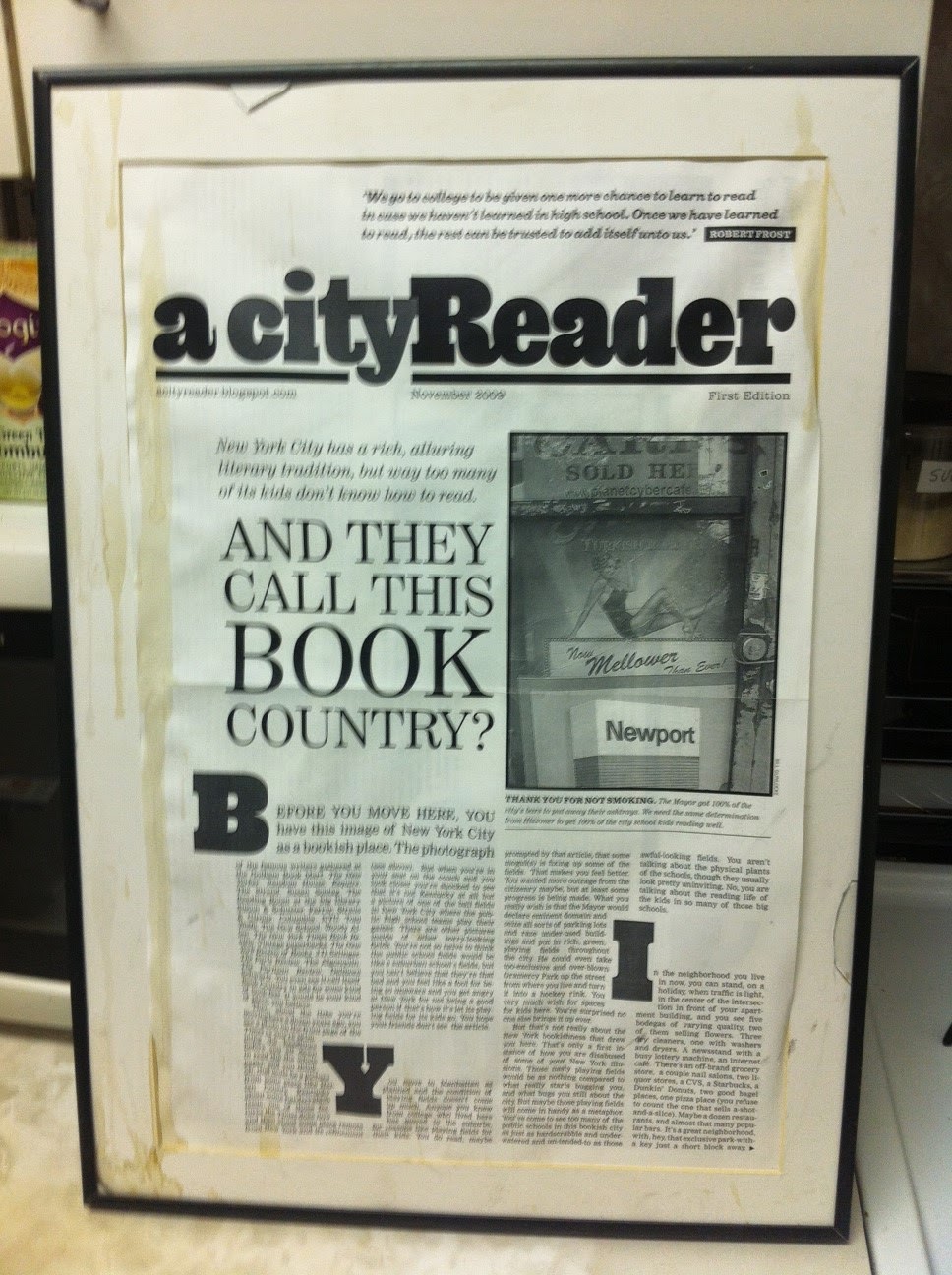 I was just out in Jackson Wyoming, where my youngest daughter lives. She was born the very night we learned my mother had cancer that wasn’t going to be cured. My mother got to hold her just once. The daughter, named after my mother, has three daughters of her own. She reads three books to them every night at bedtime. Without fail. If they’re screwing around too much at dinner, a big threat is that if they don’t stop, they won’t get their books read to them that night. The oldest granddaughter is in first grade at the public school out there and can read now. I try not to make too big a deal of it to her, but it’s a big deal.

My two grandchildren here are in pre-K at a private school. One of those Notting Hill-type places where even a kid with an Irish last name’s first name is Winston. They can’t read yet. They’re twins, boy and girl. They don’t settle down quickly at bedtime in the room they share. But they have all sorts of flashlights and light-up toys that they use to look at books until they fall asleep. Next year they’ll go to the public school near them. It’s supposed to be a good one. J.D. Salinger went there. But it’s a New York City Public School and you keep your fingers crossed. If my daughter could afford it, they’d go to a private school like the one Winston will probably go to.

They’ll learn to read well, no matter the school. But all the kids won’t. That’s why I’ll keep putting out cityReader as long as I can. If I had more money, I’d put one out every week. It means more to me than the sports page now. I want every school kid to read well. It’s the mother of everything.

In the library in Jackson, Wyoming, I picked a thin book from the shelf. It was by Annie Dillard and I’d read it before, owned it at one time. It doesn’t exactly apply to what I’m talking about. But I think it’s important to share with you a few lines from it, one reader to another:


Why does death so catch us by surprise, and why love? We still and always want waking. We should amass half dressed in long lines like tribesmen and shake gourds at each other, to wake up; instead we watch television and miss the show.
Posted by Bill Gunlocke, a city reader at 7:17 AM No comments:

Email ThisBlogThis!Share to TwitterShare to FacebookShare to Pinterest
Ol’ Satch Is Still Around 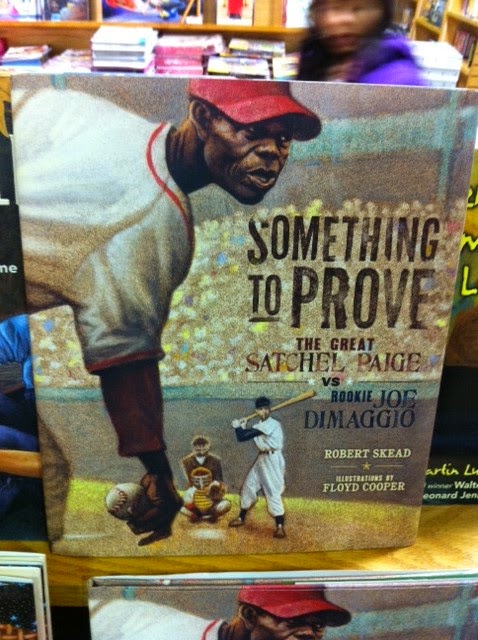 His arm is still warm at the library

If you take your kids to the library, and take your coat
off and put your phone away, you’ll find treats. The
kids will look at so many books, you’ll worry that they’re taking too many off the shelf. They’ll squeal in excitement over some and you’ll think you should shush them. But the ceilings are usually high in libraries and their enthusiasm won’t bother a soul.


There are story hours at all the branches. Don’t miss them. Get the kids a library card. Do you have one yourself?
Posted by Bill Gunlocke, a city reader at 7:03 AM No comments:

Email ThisBlogThis!Share to TwitterShare to FacebookShare to Pinterest
You and I Didn’t Discover Polar Bears, or ‘Green’

Our parents were way ahead of us 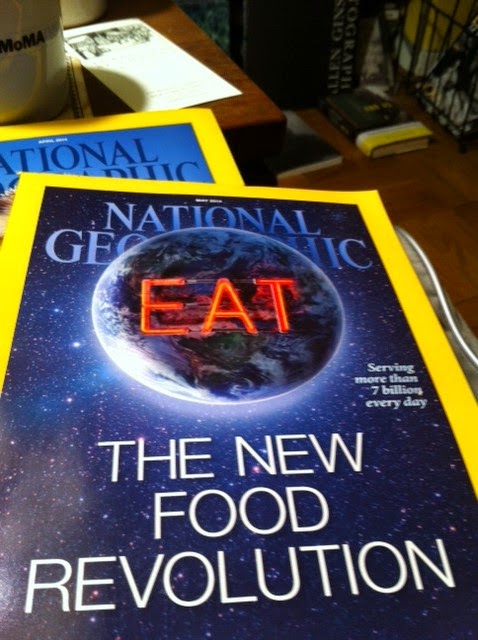 I thought my parents were dull and old, and annoying,
because of the way they instinctively turned the lights
out in rooms they weren’t in. They scolded us if we didn’t. And they kept the shades drawn to keep the house cool in summer. And they hardly ever turned the TV on. And they got National Geographic every month. It was always around.

We now think we’re discovering the North and South Poles and polar bears. After decades of thinking Jack Nicholson and Mick Jagger were the coolest guys, we’re suddenly walking around in hiking shoes with dark socks on and being the gentle people.


As long as we’ve become our parents, we ought to read their magazine.
Posted by Bill Gunlocke, a city reader at 6:58 AM No comments: 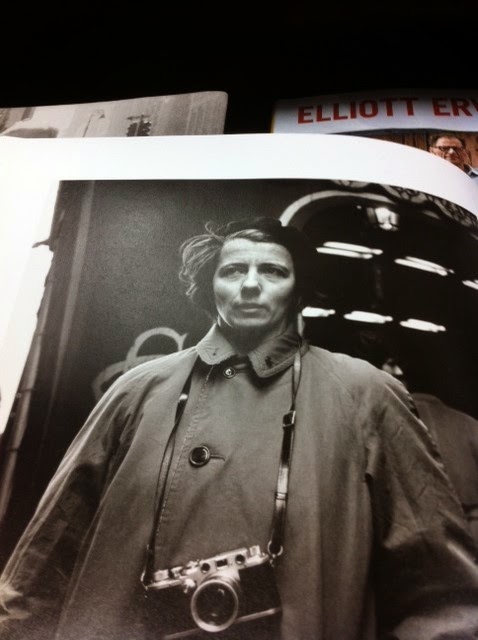 Don’t miss the documentary,  Finding Vivian Maier. It’s at IFC and Lincoln Plaza.
Posted by Bill Gunlocke, a city reader at 6:53 AM No comments: