It’s three years now that I’ve held the sign.
Its message rings as true as ever. 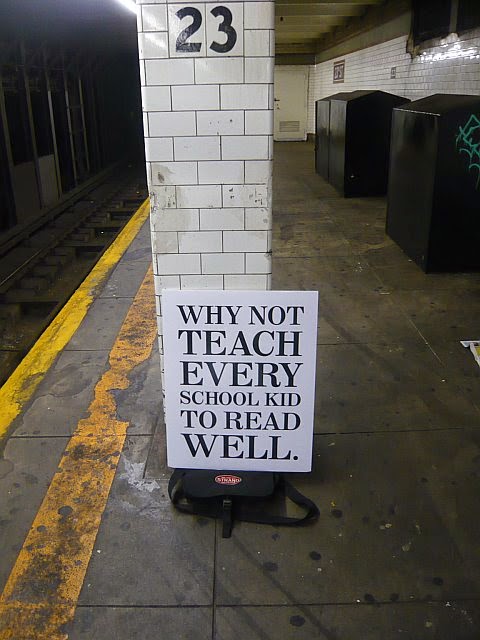 I stand there like a fly fisherman. People swimming by the sign and me in the stream that is the sidewalk in front of the building that houses the Department of Education on Chambers Street.

I’m on my third sign. The corners get bent; the whole sign eventually starts to curl like a playing-card soldier in a vintage Disney cartoon. I’ll need another fresh one soon.

I see familiar faces on the subway with my sign in the morning on my way to Chambers Street. I was born in a rural town of 2000 people in the western part of the state; seeing familiar faces feels natural and right to me.

Some people on the train try to read the sign through the bag it’s in, one of those big translucent bags from Kinko’s.

I still like the way the sign looks. The way the letters are sized. The white space. A period rather than a question mark. A woman who worked at a weekly paper with me designed it.

The book I’m currently reading on the train, when I’m not moving the sign like a gate so people can get by,  is a novel by a young guy named Ben Lerner who lives in Brooklyn. I just finished reading his first novel a week ago. In the new one, there’s this epigraph, just before the story begins:

The Hassidim tell a story about the world to come that says everything there will be just as it is here. Just as our room is now, so it will be in the world to come; where our baby sleeps now, there too it will sleep in the other world. And the clothes we wear in this world, those too we will wear there. Everything will be as it is now, just a little different.

To come upon special thoughts like that and words put together like that are why people read. I stand in the stream every day in the hopes that the kids who can’t read well will be taught how, so they can have their own special reading experiences. Everything should be done to see that that happens.

You wonder why, in the 10 years that the kids are required by law to attend school, they don’t learn to read well. You think that maybe the schools don’t have their priorities straight. What could they be doing in 10 years that doesn’t allow for the kids to learn to read well? Well enough so they can read books on the subway. It’s a sin, isn’t, that so many of the city’s school kids can’t really read.

Runners and bicycle riders going by the sign give the most enthusiastic thumbs-up. And some drivers hold up traffic, stopping their cars and rolling down their windows to take a photo of the sign.

In the Catholic all-boys high school I went to, some of us took four years of Latin. There’s a Latin phrase, sine qua non, that means ‘without which nothing’. That’s what the ability to read well is to being a real student in school, and a real member of the culture when the school years are done. It is the indispensable ingredient that is needed to be confidently active in our society. Without it, there’s not much. Almost nothing really. Some people who can’t read well pass my sign and it takes them a long time to read it.

Some people, not just foreigners, who walk by don’t seem to be able to read it at all. I worry that the sign is humiliating them.

Here’s what I think some days when I’m standing there with the sign: The schools know what they’ve been doing hasn’t worked. They know they’ve failed to teach almost 80% of their students to read at their grade level. That’s such a failure that they must recognize that they have to make radical changes to the curriculum. They must know that to do the same thing another year is going to result in the same failure. But no one dares stand up and say that. No one wants to say it because they worry that no one in the city, no parent for sure, wants to hear what no Mets, Jets, Knicks, or Giant, or Yankee fan wants to hear, that this year is going to be a rebuilding year. No one wants to hear that. But that’s what has to be done. New ideas, new blood.
This losing can’t go on. 80% failure?

Some people smile with such fervor at the sign, I’m moved.


I didn’t write the sign’s message. It came to me one afternoon more than three years ago. With the period, not a question mark.


I think the message on the sign could change the world. That’s really all I should say when people stop on Chambers Street and ask me why I stand there every day.
Posted by Bill Gunlocke, a city reader at 7:10 AM No comments:

Email ThisBlogThis!Share to TwitterShare to FacebookShare to Pinterest
Old and New Again
Fresh editions of classic books are sweet 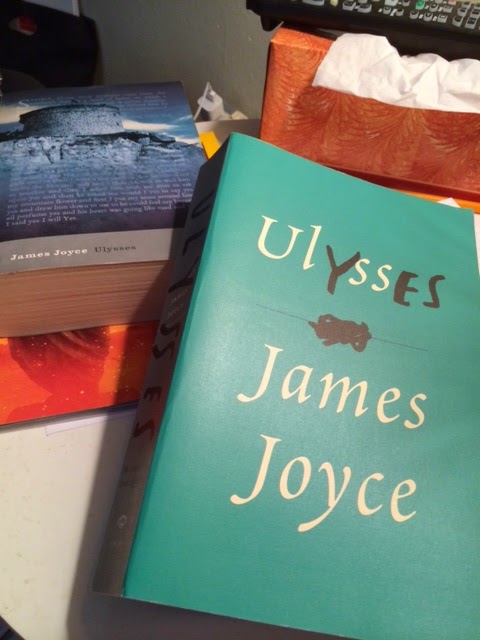 I have four paperback copies of Ulysses in my apartment, actually maybe five (the place is a little messy), each with a different cover, and a different size slightly. That’s why I have four (or five). I’ve found each new package irresistible.

We all like buying stuff. Books are what I like to browse among and choose among. You may like to do that with wine or regional beers or music or expensive foreign fashion magazines or tennis shoes. Some people can’t resist a flea market.

The newest copy of Ulysses, this one in the picture, is designed by Peter Mendelsund. Google him, and look at his other covers. He’s got a new book out about design. It’s good looking. It’ll be in your bookstore.
Posted by Bill Gunlocke, a city reader at 3:55 AM No comments:

Email ThisBlogThis!Share to TwitterShare to FacebookShare to Pinterest
The Summer of 1975
A very memorable purchase 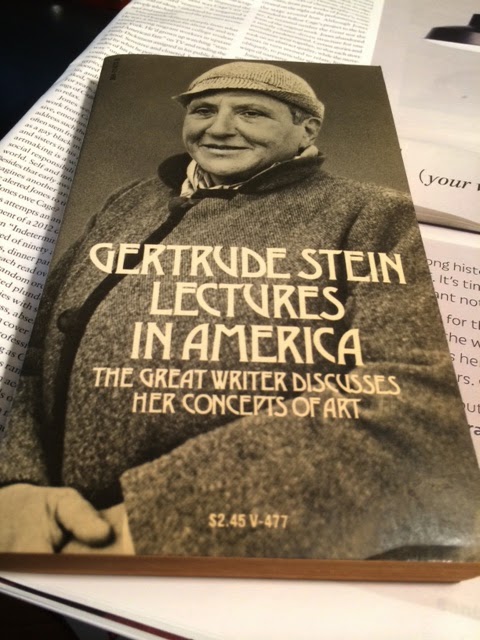 After teaching in Cleveland for six years right out of college, I wanted to try something else. I’d always liked books and there was a classic bookshop there that I was very taken with. You couldn’t not be. The first time I went in there, this Gertrude Stein book is what I bought. I even have a note in the front, by the date, that it was the first book I ever bought there.  I think I sensed that the place was going to be in my life somehow. But I couldn’t have guessed then that I’d eventually be a part owner of the place. I just came across the book—again—a few weeks ago when I was looking through a box for something else. I can remember the day I bought it, where it was on the shelf. I can see my hand on it, knowing that I’d be getting it, knowing that it would be a smart book.
Posted by Bill Gunlocke, a city reader at 3:52 AM No comments: 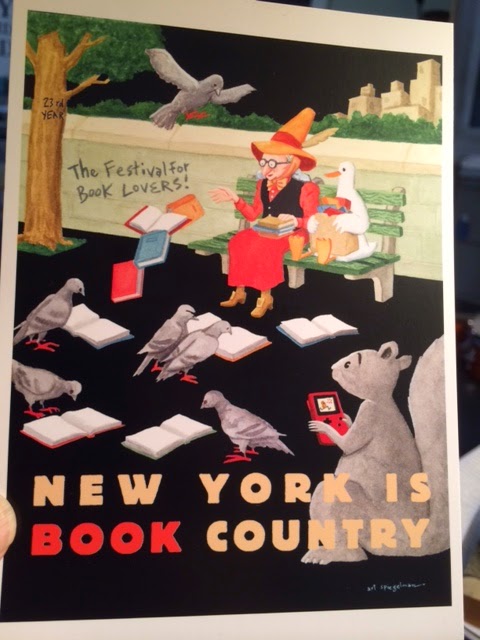 Postcard from 2001 drawn by Art Spiegelman. If we buy our books in bookstores, we can keep that country alive. That’s the only way.
Posted by Bill Gunlocke, a city reader at 3:50 AM No comments: