John Wood and Saluom Lak: "Room to Read: From Start to Success" | Talks ...

Posted by Bill Gunlocke, a city reader at 4:51 PM No comments: 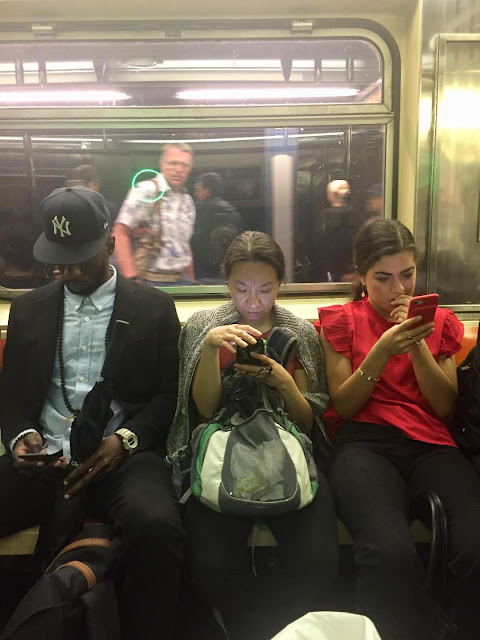 Subway riders/readers.
Posted by Bill Gunlocke, a city reader at 5:52 AM No comments: 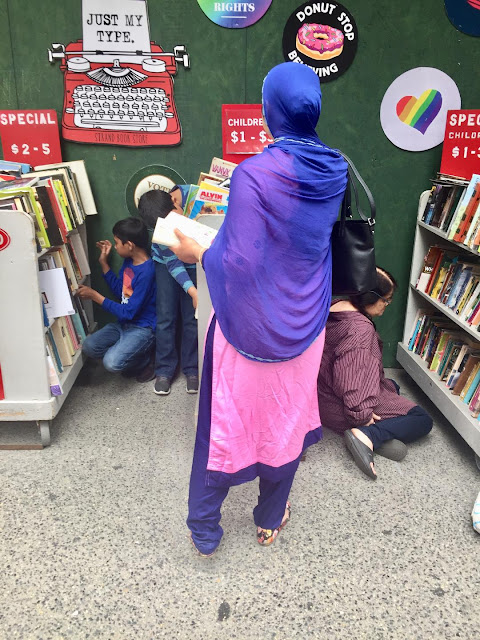 A mother and her kids each looking for books at Strand. The father was in another row.  These  bookshelves outside the store—there must be a hundred feet of them—have books for one to five bucks. It satisfies the browsing need book people have and the need to buy something which we all seem to have. You can get one or ten books, for cheap. I bought a paperback Granta, a British literary quarterly with good photos, the other night. One dollar.

Reading has to be an easily available option for young people. Not everyone is part of a reading family like this one.  Schools, especially in the early grades, but in all grades really, have to make reading time available. Reps are needed to get good at reading, just like they're needed in gym class to get good at shooting free throws.


Posted by Bill Gunlocke, a city reader at 6:19 AM No comments: 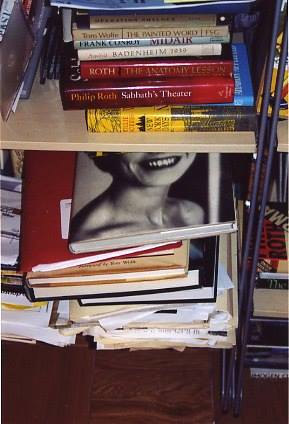 Yesterday I mentioned that the New York City public libraries were not open as much as libraries in the suburbs. Here are two examples I just looked up:

In nearby Montclair, NJ, the library is open till 8:00 on school nights. And it's open on Sunday.

In nearby Scarsdale, NY. the library is open till 9:00 on school nights. And it's open on Sunday.

My neighborhood branch in the city stays open till 7:00 only two nights a week. And it's not open on Sunday.

City kids, living in apartments, wouldn't like to go study and see their friends and look at books and magazines at a library in the evening like the kids in the suburbs can?


Posted by Bill Gunlocke, a city reader at 7:48 AM No comments: 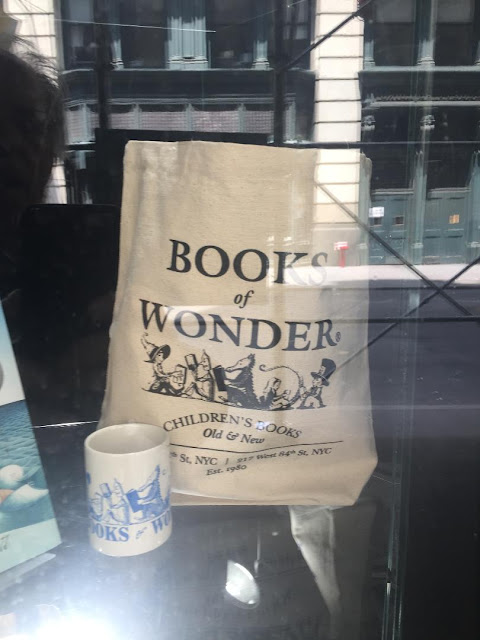 A store focused on books for kids. At 18 West 18th Street. They have all sorts of events, and authors come in there to read. You can Google the store and find out about all that. It's an active place.

It's too bad there's not a bookstore for kids in every part of town. Couldn't there be tax incentives for anyone who'd want to start a store in neighborhoods where books aren't? Couldn't someone like Scholastic start stores in book-less neighborhoods?

The libraries satisfy some of that need of course. But the city's old libraries are not open as many hours as the shiny libraries are in the suburbs where they have well-lit bookstores too.
Posted by Bill Gunlocke, a city reader at 10:18 AM No comments: 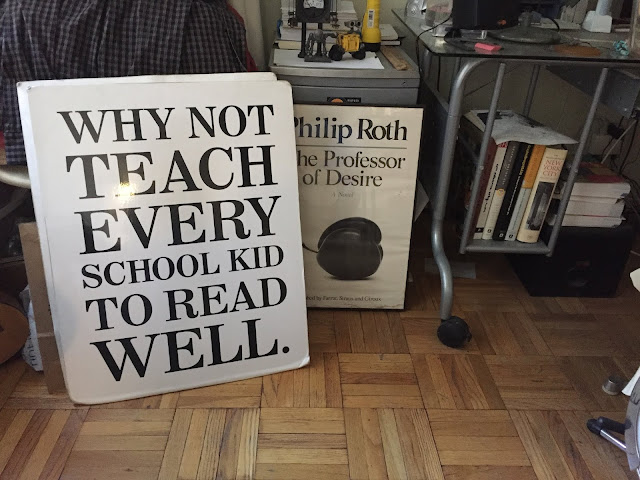 Most people make such comments when they’re walking by. When they do stop, I’ll say various things in the minute I might have them there. What I most often say is that I think it’s sinful to have the kids in the city’s schools–by law—for at least 10 years and to pass some kids along without teaching them to read well. If I think to, I point to the sign and say if they did this it would change everything, They’d even know better then who to hire. You want people, I say, who read and like to read to be around kids in school. You don’t want careerists, you want readers.

Posted by Bill Gunlocke, a city reader at 7:59 AM No comments: 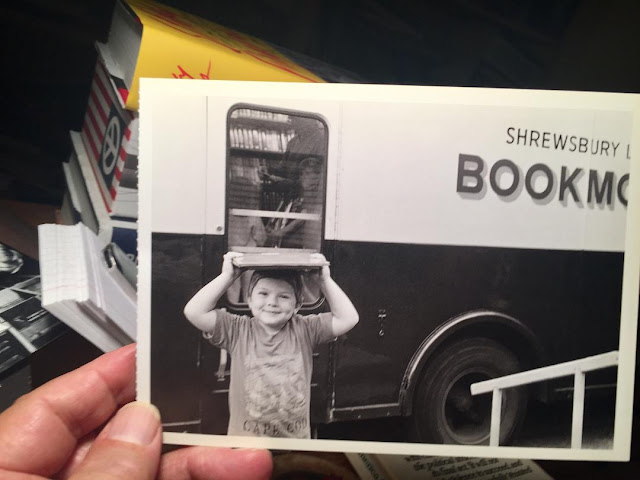 Posted by Bill Gunlocke, a city reader at 7:02 AM No comments: