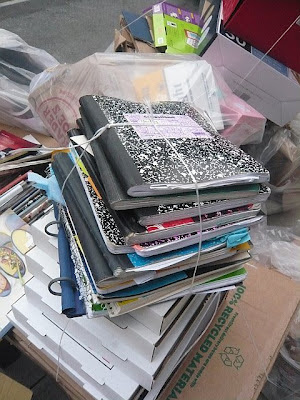 I wrote this piece a year ago as school was getting out. Its theme still applies. I didn't change anything, including my age.

Here some numbers came out this month from the State Education Department that showed that only 21% of the city’s high school graduates were prepared to do college-level work. 21%. Hell, some major league pitchers hit that well. That’s beneath unacceptable. That’s a sin is what it is. And it’s the poor kids who bring the average down. Black and Hispanic kids. They’re the ones who are getting left behind, getting lost. I’m sure you’ve noticed. You’ve noticed it for years. Then why is the discussion always about almost everything but them and how they can’t read well enough to go to even the CUNY colleges without taking remedial courses? Why is the discussion dominated by worries about teachers and charters and buildings? Why isn’t it dominated by talk of why another year has passed and another class of kids has not learned to read well enough to make something stimulating of their lives? Isn’t that what the teachers and the charters and the buildings are there for?

It was late and everyone had left the cafe except an old man
who sat in the shadow the leaves of the tree made against the
electric light. In the daytime the street was dusty, but at
night the dew settled the dust and the old man liked to sit
late because he was deaf and now at night it was quiet and he
felt the difference. The two waiters inside the cafe knew that
the old man was a little drunk, and while he was a good
client they knew that if he became too drunk he would leave
without paying, so they kept watch on him. 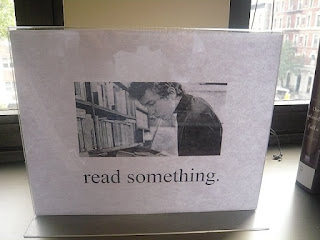 I don’t show that to imply that if only the kids could read that they’d be on their way. They wouldn’t care a bit for it maybe. But there are wonderfully-written things for their age that they could be enjoying. Think how empty and restless your life would be if you couldn’t read well. Don’t we owe it to all our kids to give them a chance to be more than empty, more than restless.

21%. That’s a crazy, sad number. You wouldn’t think New York City would accept that of itself, would you.

Email ThisBlogThis!Share to TwitterShare to FacebookShare to Pinterest
Adult Education 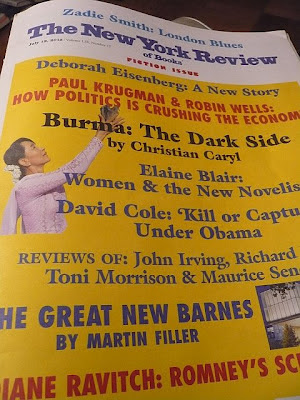 The New York Review of Books will challenge your mind. Sometimes change it.

It comes 20 times a year. The cover always has something you want to read on it. They give you a dozen story subjects on this cover, if you can see it in the photo. I probably wanted to read 10 of them. What magazine gives you that? I think I liked the Zadie Smith piece on her neighborhood in London best.

The ads are smart too. Almost all book ads. Their classifieds you read too. Ads for apartments in Paris; or personal ads placed by romantic hopefuls like the ‘leggy, literate, brunette’, or the ‘tall, striking Maui gentleman.’

It even feels smart. It’s tall. The paper they use has a gloss. It’ll rub off on you.

Posted by Bill Gunlocke, a city reader at 5:47 PM No comments: 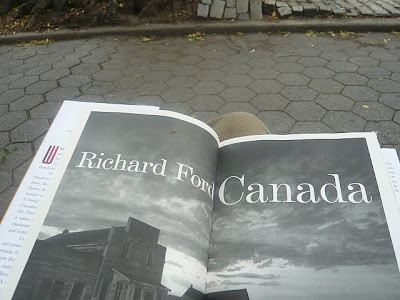 His new novel, Canada, made me cry

If you looked at my sagging, crowded bookshelves you’d think Richard Ford had written a dozen or more books. But it’s just me having bought more than one copy of some of his stuff. And I’ll bet I’ve given away a half a dozen paperback copies of Independence Day. I’ve read it three times.

I wrote him a note once in the 80s to
tell him that his novel, The Sportswriter, had just helped me pass anxious time in a hospital waiting room while one of my daughters was having serious stuff done. He typed back a note from Mississippi. It’s in one of the books of his on one of those shelves.

Posted by Bill Gunlocke, a city reader at 5:41 PM No comments: 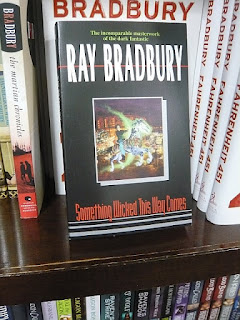 ‘The seller of lightning rods arrived just ahead of the storm.’
Posted by Bill Gunlocke, a city reader at 5:36 PM No comments: