Willie Mays Needs No Introduction
Unless you’re sending a book about him to three little kids a long way from here. 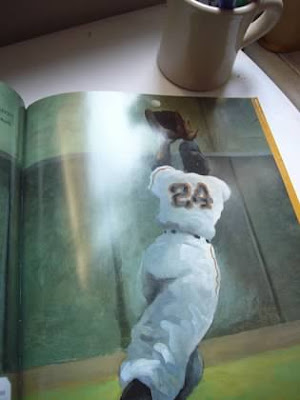 I rush things. I sent my three granddaughters in Wyoming a new kids’ book about Willie Mays. The oldest is six. She can now read, but she doesn’t care about Willie Mays. She’s never heard of him. Maybe it matters that I sent it though. A book coming in the mail. A book with cool pictures, even if they don’t know who #24 is. The book preceded me.  I went out there a week or two later. I just got back last week.


You don’t think of Wyoming as a book place. You think of cowboys, or mountains, or elk. But the library in Jackson looks like one you’d think would  be in Palo Alto. Glass and stone and timber. Perfectly bright. It’s open till 10:00 on week nights. Shouldn’t ours be open that late here, where we all live in cramped apartments? Shouldn’t libraries be open till 10:00 on week nights in neighborhoods where there’s  no Barnes & Noble? Where do kids go after dinner to hang around together and do homework? Think about it, New York, us with our High Line and our new bicycle racks. What’s more progressive: making it so smarties can ride around on a borrowed bike like they’re in Amsterdam, or having the branch libraries open later?


The woman next to me on the flight back read a magazine the whole way. About four hours. It was the Entertainment Weekly summer movie special issue. She read every page thoroughly. Nothing else was on the pull-down tray.  I had the Sunday Times which I’d picked up during the Denver plane-change. I had a book. I had a notebook. My area was clutter.  She just had her magazine.  The exact magazine she wanted. Other riders were sleeping and/ or looking at a laptop of some kind and/or watching the in-flight movie. Planes are great places to read. She knew that.


April was National Poetry Month. In the library in Wyoming there was an ambitious display of books of poems and books about poets. Prominently on display there was a Robert Pinsky book and a Sharon Olds book and one by Rita Dove, right by the complete poems of Emily Dickinson. Out the big window you could see aspen trees lit up by the sun. It’s a big country.


The  woman next to me on the first leg of the flight back was in Jackson, she said, to study frogs and toads. You wouldn’t have guessed that. She was a biologist. Divorced with an eight-year-old daughter.  They live in Fort Collins, a college town. She said they don’t have a TV. That you might have guessed. She had a Nook though, and excused herself so she could get back to reading a new novel by Barbara Kingsolver.


Now that my six-year-old granddaughter can read, I try to see through her eyes how opened-up the world must be to her.  The parents of kids in her kindergarten class were given a memo with a lot of information on it. One thing I noticed was that each pupil was expected to read three books every night at home. That’s kindergarten! And that’s Wyoming, where until very recently you could drive your car with an open can of beer between your legs.  Let’s go New York. Let’s get on it. What’s the excuse? Let’s go.


Willie Mays would have broken Babe Ruth’s record if he hadn’t missed two years serving in the army.


You can get the New York Times in Jackson, Wyoming. Thank God.  I‘m not much of a TV watcher.  But out there in the Painted Buffalo Motel I lay in bed at night and watched the Boston Marathon bombing coverage. You can just see the same images so many times and you glaze over.  Hear the same thing said. Holding a good newspaper the next day, and the whole week after, was what I craved. Not the online version either. A real paper. Even the kids, when I’d show it to them out at their house later in the day, liked the big movie ads and theater ads, and the feel of the big paper. 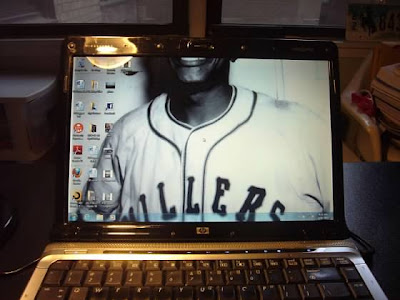 
I took a book with me. Hope Against Hope. It’s about poor kids in New Orleans and the schools they go to. It kept me connected to here and my sign (WHY NOT TEACH EVERY SCHOOL KID TO READ WELL.).


We saw nine buffalo in a field one day driving into the Teton National Park. I saw some elk out by the Museum of Wildlife Art.  There’s a sign along the highway with electric lettering that says Elk Crossing Next 5 Miles. All this is fascinating to a New Yorker even after 30 or 40 trips out there. It’s also comforting to a guy who grew up in the rural snowy hills of Western New York.


I missed holding my sign and worried that the people who pass the sign and me every day would think I was some kind of dilettante, some kind of slacker, some kind of escape artist, who had left without leaving a note.  Life changes all the time. I wondered if they thought I was gone for good.


In high school and in college, I found myself in countless heated arguments with guys who thought Mickey Mantle was better than Willie Mays.


My favorite place to have a beer out there is the Snake River Brewery.  The beer they make is good and it’s fun to look at the people. It was still cold out there, so they had on all sorts of knit caps and beards.  The women working behind the bar and waiting table work out, you can tell. The vehicles in the parking lot all have ski racks on them. When you get out of your car and are heading toward the door, there’s a huge permanent outdoor vat that the brewer uses. It’s covered with stickers and decals that patrons have plastered on there over the years. Two years ago I slapped a ‘cityReader’ sticker about halfway up. This time my granddaughter could read it. I’ve been waiting for that.


Why not teach every school kid to read well.
Posted by Bill Gunlocke, a city reader at 6:54 PM No comments:


Seems To Me, This Is The Book 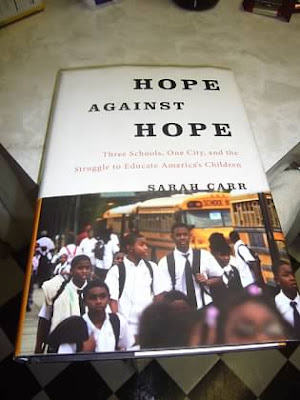 
You may be tired of reading about New Orleans and post-Katrina. I thought I was. I’m tired of the Saints for sure. But I’ve always been drawn to books about schools and kids. And I saw the author, Sarah Carr, on C-Span. So I emailed my bookstore and ask them to hold a copy or get a copy for me, and they did.
I’ve been reading it exclusively on the short subway ride I take to and from holding my sign on weekday mornings.  It’ll take weeks at that rate.  That’s fine.


It’s about the schools in New Orleans and how they had to be repaired, and re-thought after the flooding.  It applies here. If you like to read about school things, this book is for you.
Posted by Bill Gunlocke, a city reader at 6:01 PM No comments:

Email ThisBlogThis!Share to TwitterShare to FacebookShare to Pinterest
Rubber Meets The Road
A famous writer on running 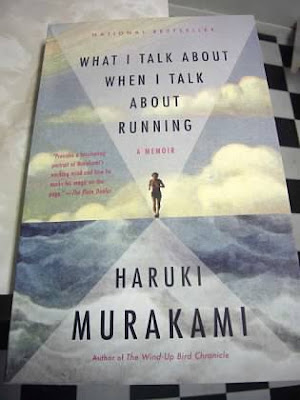 I know they start lining up early when Haruki Murakami has a new novel hitting the stores. I’ve never read one. Younger friends have, and find him meaningful to their lives. I envy them.


This book though, What I talk About When I Talk About Running, I just read for the second time. It’s not a novel. It’s a memoir. About his writing and his running. It’s not self-centered. It’s clear and honest, and you learn things from it.


I’m gingerly starting to run again. Baby steps so far. This book helps.  I recommend it, even if you aren’t running. Sports Illustrated called it ‘a brilliant meditation’.

Posted by Bill Gunlocke, a city reader at 5:58 PM No comments: 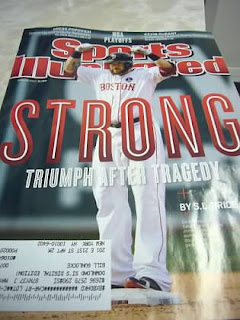 You should get SI. If you have kids, they’ll love it too.
Posted by Bill Gunlocke, a city reader at 5:54 PM No comments: