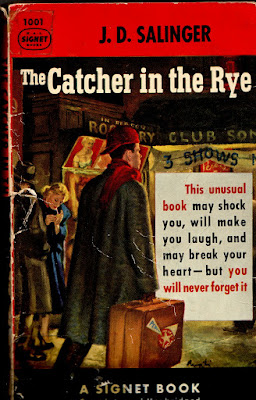 Teenage Wasteland
If the kids aren’t learning how to read well in the city’s schools, it’s an empty experience for them.


Toni Morrison says it’s required reading.  She‘s saying it about Ta-Nehisi  Coates’s little 150-page book, Between the World and Me. It’s been out for some months now. It’s a letter to Coates’s 14-year-old son. You’ve heard about it. You may have read it. I’d say you should. But who I’m most interested in are the 14-year-olds in the city, school kids his son’s age. Could they read this book? Not as some over-analyzed, drawn-out homework project, a few baby pages a day. Could they just sit down with it or lie down with it, and read it, maybe in one or two sittings in their bedroom, like the letter it is? Coates wrote it for a 14-year-old.  What if the schools here asked themselves if their 8th graders could easily read that book? Wouldn’t that be a good measure? There has to be some kind of measure. I’d say go with this one.  And if they found that most of the kids couldn’t easily read it, which is what they’d find, then shouldn’t the schools change the way they spend their students’ time?

Some of the high school kids and college kids who walk past my sign every day smile at it and me and say hi.  A few Muslim girls go by with veils over their faces. They smile big with their eyes and wave quietly.

I remember being 14. I was obsessed with the guy my 18-year-old sister was dating.  His name was William Kelly Young and he was from Boston. His parents were dead and he lived with an old sea captain. He drove a little silver-gray sports car and wore a camel-hair coat and his hair looked like a Kennedy’s. It was 1961 and that was a big thing. It was winter when he first came to visit. I was out shooting hoops in the half-shoveled driveway with a friend and he got out of his little car with his long camel-hair coat on and his good hair and clapped for the ball.  I tossed it to him. I can still see it. He swished the shot, even with his big coat on, with a real shooter’s style, from 20-some feet.  That summer when he came to stay a few days with us, he was sitting on the porch one night. I was looking at him. He was reading a paperback book. It was The Catcher in the Rye, which I’d only vaguely heard of. Oh, did that look cool to me.  A guy who could shoot hoops was reading a book in a crew-neck sweater on our porch. He was the coolest guy to me sitting there slouched in a chair reading that book that he’d brought from Boston to our little town with him. Their big love affair broke up, of course, like those good things sadly do. I think of him though. I remain a Celtics fan. And I’m a J.D. Salinger fan.

In my good city all the libraries would be open till 10:00 every night. I wonder why they aren’t open that late here.  It’d be a great thing. Just think of it, a clean well-lighted place, open every night to read books and magazines in. Kids could do homework. To people who live places where their libraries are open late, it surely surprises them that big-deal New York City’s libraries close around dinner time.

There was an article in the Times last week about two Upper West Side public schools whose boundaries may be re-arranged. That’s a concern to the parents of kids in the white, more successful school who don’t want things to change. They don’t want their kids to have to go to the school where mostly black and Hispanic kids go. Nothing about that surprised me. You know by now that’s how the world is. What did surprise me though, in this day and age, was that the school where the poor kids go doesn’t have a library.

I heard on an NPR talk show that there are more scripted TV shows on now than ever in history.  Like 400 of them. People don’t know how to see all the good ones. They binge-watch to keep up.  That seems crazy to me once you’re out of the dorm.

The rates of illiteracy in prison are as high as you’d think they’d be if you thought about it. How can that not be a pipeline? By law the kids of the city have to go to school until they’re 16. That’s 10 years. To have not learned to read in those 10 years is a big reason they’re in jail. Aren’t schools supposed to teach kids to read? If you boil it down, are schools there for any other reason? 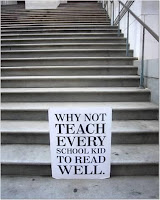 You’ve heard how some young tennis players and young golfers go off to special schools in Florida and out West to get intense training.  Some kids from Europe and Asia come all that distance to go to these schools.  What they get is instruction from people who know how to teach, and they get plenty of time to work on their game. They get lots of reps. Lots and lots of reps. Reps are important. In everything. Peyton Manning after the Broncos good game against the Packers talked about the time they’d had in their off-week to go over things. Like at the sports academies where the kids get the instruction and all those reps, Peyton‘s coaches had the team go through their paces until they had it figured out what they needed to do to get better, to get ready for their big game.  The schools here should be like that. They should have good reading instructors, and plenty of time for their students to get all the reading reps they need to become good readers who when they’re fourteen can read books like  Between the World and Me. It would change their world.  It would make it better. It would make it safer.

Anyway, I keep picturing all these little kids playing some game in this big field of rye and all. Thousands of little kids, and nobody's around - nobody big, I mean - except me. And I'm standing on the edge of some crazy cliff. What I have to do, I have to catch everybody if they start to go over the cliff - I mean if they're running and they don't look where they're going I have to come out from somewhere and catch them. That's all I do all day. I'd just be the catcher in the rye and all. I know it's crazy, but that's the only thing I'd really like to be.

― J.D. Salinger, The Catcher in the Rye
Posted by Bill Gunlocke, a city reader at 7:48 AM No comments: 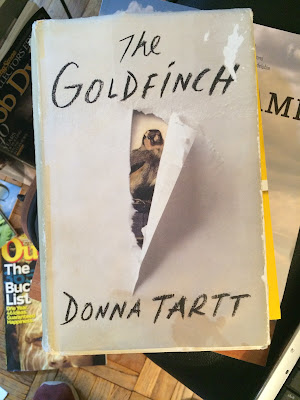 A Rare Bird
Donna Tartt’s The Goldfinch
was, still is, a special book

For two years I’ve been reassured on Sunday mornings to see The Goldfinch on the Times bestseller list. First in hardcover, then in paper. As of three weeks ago, it’s gone from the list. It was there a long time.

The book was a great reading experience for me. For many people. In a recent review of a new book a few weeks ago in the Times, the reviewer referred to The Goldfinch as ‘dazzling’. It dazzled me. I haven’t found a book that comes close to it since. It might be seven or eight more years till Tartt gives us another book. Will I be around? You start to wonder about such things.
Posted by Bill Gunlocke, a city reader at 7:34 AM No comments: 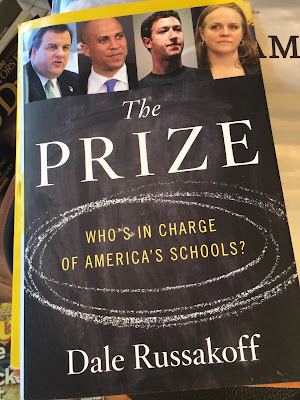 I’m halfway through this book. I’m not sure I’ll finish it. I liked the beginning, all about the city of Newark’s dynamic  history, and now its decline. Schools along with it. There’s a gritty stimulation in reading about cities like Newark, their streets of striving immigrants.

But the book, like life, loses its appeal when the politicians and the consultants show up. They think a lot of themselves. They think they’re all about the people. They convince people of it. They convinced well-meaning Mark Zuckerberg to give them $100 million dollars for their plan for the Newark schools. That’s what the book’s about. Of course it doesn’t work out. Of course it doesn’t.
Posted by Bill Gunlocke, a city reader at 7:26 AM No comments: 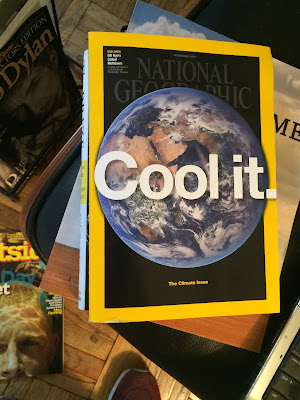 This rich-yellow-framed magazine could trigger a kid’s interest, yours too. It’s been triggering for a long time. About the state of the physical world, it’s not new to the field.
Posted by Bill Gunlocke, a city reader at 7:22 AM No comments: