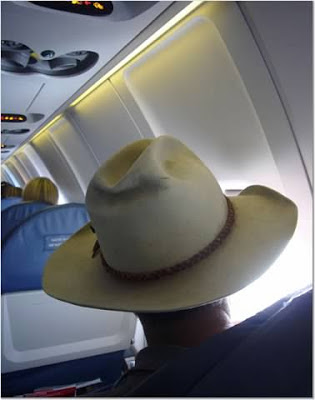 Thoughts I had last week way out in Jackson, Wyoming

In Jackson Hole one morning last week, walking from the Chevy Tahoe in the driveway to the side door of my youngest daughter’s house, I was with the oldest (she’s five) of three granddaughters who live out there, when she pointed out a scattering of animal droppings on the lawn that most of us here would have no idea what creature they’d come from. She pointed at them and said, without me asking, that they were either from a deer or a moose that must have walked through there during the night. And she said that, wearing the same kind of pants and top that a little girl here would have on for kindergarten. Deer and moose though are in her world out there. It’s a different place. Formed/ringed by big challenging mountains. Yellowstone is close by. Right behind the back fence at her elementary school is an elk refuge. The motel I stayed at was The Painted Buffalo. I drank local beers at the Snake River Brewery.

But I thought a lot about New York City and the school kids here while I was out there for the week. I missed holding my sign for an hour every weekday morning in front of the Dept. of Education building. Felt guilty in my way for not being there, even if it was only for a week. When I’m not there with it, the sign sits in my cluttered, dimly-lit apartment (you definitely notice the beauty of clean light coming through all sorts of windows out west) , against a wall. No one gets to see its plea: WHY NOT TEACH EVERY SCHOOL KID TO READ WELL.

I still like looking at the sign that wrote itself. I like that it has no question mark. I like holding it. I still think, even more so now after I’ve seen so many reactions to it, that if the schools here adjusted their thinking and their curriculum, and decided to fully commit to teaching every kid to read well, above everything else, the school administrators and the teachers would know they were doing the right thing. Their jobs would all make sense to them in a way that they can’t make sense to them now. Classrooms containing poor kids who can’t read well enough to keep up; they can’t want that. You never see in the Times that the schools are committing 100% to teaching every school kid to read well by the time they graduate. You read more about how so many graduates need remedial work when they get into local colleges. The city school system can’t say to themselves that that’s OK, that’s good enough, that’s the best we can do. They must be trapped in a system themselves, some system that allows poor kids to get passed along without knowing how to read well enough to really be passed to the next level.

Someone needs to bust a move. Something transforming, something radical. It can’t keep going like it’s going on here and in the cities around the country. Kids’ lives hang in the balance. If they can’t read well, they have no shot at a stimulating life. They rely on the schools to teach them to read. If the schools don’t do that in the 10-12 years they have them, something is wrong. And kids’ lives go wrong.

People have made many comments about the message of the sign as they pass by it and me on the sidewalk in front of the big building. There’s one comment I like the best, and it’s one I’ve gotten many times, and it’s always from bright-looking people with energy in their stride. They’ll say with a telling, ironic grin, ‘That’s a novel idea.’

New York for all its stuff is not naturally beautiful like Jackson, Wyoming is. But if this city puts its mind to something, it can create some wonderful spaces. Central Park is the most obvious example. It might not elicit the same kind of wow that seeing the Teton mountains does, but it’s a very impressive cultural and physical achievement, and is continually appreciated by every New Yorker. In the Times this morning I read about a mogul giving $100 million dollars to the park. Lots of work and discussion and planning I’m sure went into that gift. The same kind of planning has brought in all kinds of world-class philanthropy to burnish the city’s many attributes and institutions. When it decides to go forward on a big project the city pulls off some amazing successes.

Why can’t it do that with its public schools? Why can’t it be better than other cities at teaching its poor kids to read well? Wouldn’t that be a bigger deal than the High Line? 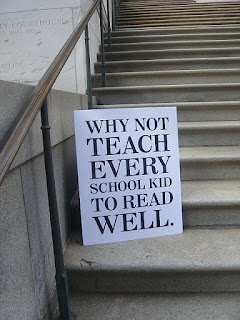 On the plane to Wyoming I read some of the new biography of the legendary writer Jack Kerouac. He grew up in industrial Lowell, Massachusetts where he and his family lived in a ghetto of French-Canadians. They spoke a mongrel version of French, and were looked upon as second-class citizens. But Jack would learn to read and write English well, and would go on to become such a powerful writer that there were a couple bookstores in the city when I moved here 15 years ago that had to keep his books behind the counter because so many students were stealing them from the shelves. As I read about him, I thought about kids here who come from non-literate backgrounds like he did. Will they be given what they need in school to read and write well enough to express themselves in articulate ways?

The moose-or-deer-identifying five-year-old granddaughter who recently started kindergarten likes to ride the yellow school bus home. The school is only a five-minute drive from her house and her mom could easily make the trip as she does in the morning. But she likes to take the bus in the afternoon. A few of the days I was there I walked to the bus stop to pick her up and I watched as the kids descended the bus steps to meet their moms who were there waiting for them. If It were Manhattan those moms would look like nannies waiting. They were almost all Mexicans waiting for their kids. My granddaughter was maybe one of two or three non-Mexicans out of a dozen kids being let out at that stop. I thought about those Mexican kids and wondered if they would be taught to read well in the wealthy Teton County schools. My granddaughter I didn’t worry about. She was starting to learn to read. One day she got home from school all excited to show us that her books had arrived that she’d ordered at school from the Scholastic book club. How many Mexican kids could afford to order books the way she could? How many of them had dozens of books in their bedroom like she did? How many kids got read to every night like she did?

It’s not just a New York problem, poor kids and reading. But here in New York there’s such a literary tradition. So many books and newspapers and magazines have been published here. So many writers have lived and still live in all the boroughs. Some very good bookstores are still here. The time we spend on buses and subways lends itself to good reading time. It’s a bookish place among big cities. Jack Kerouac lived here for years. Surely, those traditions should guide our efforts. This is New York City. The golden destination for readers and writers. To not teach our kids to read well here is a violation of that heritage. And of a lot more. We better cowboy up.

Posted by Bill Gunlocke, a city reader at 8:11 AM No comments: 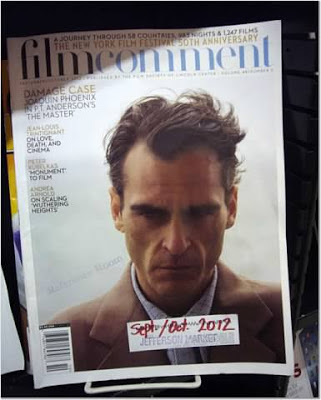 Do You Go To Your Library Much?

You’re lucky if you have a good one near you.


The library in my neighborhood is not a good one. It’s as bad as New York’s airports are. You don’t really want to be there. It doesn’t stimulate you. It doesn’t feel smart . I got punched in the face in there a few years ago for telling a methadone addict to keep it down. Now I walk almost 25 minutes to another library in the West Village that I like because it feels like you’re in college when you’re in it. That’s what you want from a library. You want to feel even a little intimidated by a library. Like it knows more than you do. You don’t want one where they’re mostly dispensing movies, and non-reader-types are riffling through plastic-encased DVDs non-stop all day, asking their buddies, Have we seen this one? You don’t want that.

A good one is a thing to cherish. I feel that way about the one I’m sitting in now.

Posted by Bill Gunlocke, a city reader at 7:59 AM No comments:

Email ThisBlogThis!Share to TwitterShare to FacebookShare to Pinterest
Weekly Reader 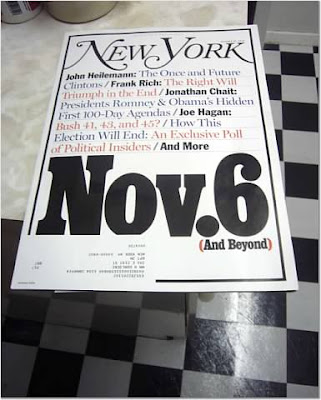 Reading about the dying of the print version of Newsweek, you might think any weekly magazine would be on its last legs. I’m a magazine junkie and the only weeklies I still get are New York, The New Yorker, and Sports Illustrated. I could live without most issues of the last two. I may soon just get New York.

The New Yorker has wonderful writing, but I’ve always got books next to me that have all the wonderful writing I need. The magazine takes time away from those books. As for Sports Illustrated, I think I’m about full up to my chin strap with writerly sports writing. I’ve been reading sports for 55 years. I know more about it than I need to.

New York is what a magazine ought to be. It’s of the moment. Its design keeps your eyes in the game. Its writers are superb. I love when it arrives.

Posted by Bill Gunlocke, a city reader at 7:52 AM No comments: 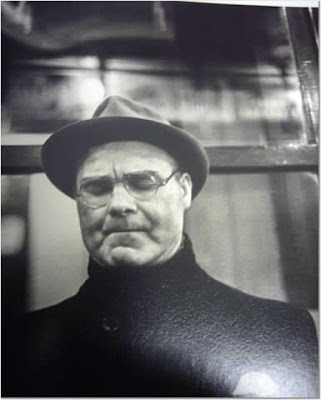 From Walker Evans’ Many Are Called. Photos he took surreptitiously in the late ‘30s and early ‘40s of New York subway riders.
Posted by Bill Gunlocke, a city reader at 7:46 AM No comments: