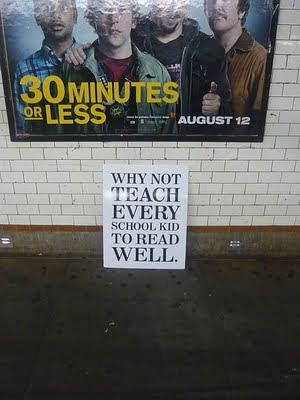 The Water Guy’s poem and other things that came my way on the court house steps.

The idea came to me in the night. The sign idea. I’d get a sign made. I’d put a line on it about kids and reading and I’d take it downtown in front of the Tweed Court House where the Department of Education does its business. I’d been there before to a few of their evening public meetings. So I knew the lay of the land. Sidewalk and big steps. I’d go to Kinko’s and get a sign made. I was ready to get out of my apartment with this obsession I had about the schools not teaching poor kids to read.

And so, there I was one morning at 8:00 on Chambers Street, three or four steps up the big rung of stairs in front of the building, holding my sign up, aiming it out toward the passers-by, most of them on their way to work in other buildings. The Dept. of Ed workers I thought I’d see passing me on their way up the stairs, didn’t come that way. They go in side doors underneath the steps. That was not how I imagined it. But I eventually learned to pick them out of the crowd coming in either direction from their subway stations and I made sure they could see my sign.

I wasn’t there to be a jerk, shoving my sign in people’s faces. I just wanted it to be seen. I wanted the people to read the words and think about them. ‘Why Not Teach Every School Kid To Read Well.’ I felt good holding the sign with that message.

No one knew who I was. Some didn’t even know the building was the Dept. of Ed’s. It doesn’t say so. For all they knew I could have been working for some charter school or Hooked-on-Phonics. Or maybe I was running for office. Or maybe I was a nut. But most of the people walking by learned to trust that I was well-intentioned, and as the days went on they’d smile at me. One said she’d missed me the day before. Some folks would nod at me and my sign and say, Right On. Others would say, Amen. A couple older women said emphatically, Absolutely. One guy said his wife teaches science in the city schools. He said she said that when they have to write something, it’s illiterate. How could it nor be if they can’t read well, I thought. You can only learn to write by reading. So I knew I was right to come there with my sign. I was finding out things. People wanted kids to read well. They were telling me. One guy, a young guy, said there ought to be a thousand people there with you with signs.

I hadn’t thought about a thousand people being there. I had imagined a march some day. I had imagined Spike Lee standing there with me. Caroline Kennedy maybe. Justin Tuck. Melo. Sapphire. They could stand by me with my one sign or I’d get others made at Kinko’s for them. I’d do whatever it took to get the message out strongly. I have a feeling something good is going to come of it.

Here’s one thing that’s come already. A couple weeks ago passing below me on the sidewalk was a young black guy pushing a cart of some kind, a big heavy-looking cart , with Styrofoam tubs on it filled with ice and many bottles of water. He was gonna’ sell them to tourists I assumed. Brooklyn Bridge is nearby. Lots of things. Compared to the rest of us on the block, he looked like a farmer tilling rocky soil on a hot day. And he stopped his plow and got my attention. He wondered if I’d read something he wrote. I said sure. He said he’d stop by again and give it to me. A week went by before he got it to me. Here it is.

THE ONLY THING THAT’S WRECKIN MY PATIENCE
IS NO EDUCATION
YOU SAY F THAT
2 OF YOUR FRIENDS ARE TUCKED FLAT
15 YEARS OLD WHAT WAS THEIR LEGACY
JUNK FOOD JUNK MOODS AND TREACHERY
THE STREETS IS A MOUTH READY TO EAT YOUR SOUL
AND YOU INSIST ON CHASING INVISIBLE GOALS
I ADMIT THE SYSTEM ONLY TEACH YOU LIES
NOT ONE WORD ABOUT HOW THE AFRICANS DIED
BUT IT TEACH HOW TO READ SO READ A BOOK
AND LEARN HOW TO DEFEND AGAINST THE CROOK
DON’T READ AND YOU WILL ALWAYS FALL SHORT
JUST BLOODY MEAT IN AN ALLIGATOR COURT
BAGGY PANTS AND HAIR IN BRAIDS
20 SOLDIERS AND NO GRENADE
THESE PEOPLE AIN’T SCARED OF YOU
BECAUSE YOU DON’T KNOW WHAT TO DO
BUT READ A BOOK AND SHOW THEM POWER
TELL THEM THEIR HISTORY AND OURS
THEY DON’T CARE HOW LOUD YOUR MUSIC IS
OR WHO THE HOTTEST RAPPER IN SHOW BIZ IS
THEY LOVE THE RAPPERS THEY JUST TALKIN SLICK
SHOWIN YOU HOW TO KILL OUR KIDS
WITH CRACK AND GACKS THAT DON’T CARE ABOUT INFANTS
GOING TO WAR OVER TOPICS THAT’S SENSELESS
READ A BOOK SEE WHAT’S INSIDE
AND YOU WILL KNOW THE WAR IN IRAQ IS GENOCIDE
MUSLIM AGAINST MUSLIM LIKE AFRICAN AGAINST AFRICAN
YOU’LL FIND OUT THAT SNEAKERS AND JEWELRY AIN’T HAPPENIN
YOU’LL STOP MAKIN BABIES BECAUSE THE DESIRE IS THERE
AND OUR WOMEN WILL STOP SEEKING A WHITEWASHED LOVE AFFAIR
DON’T END UP WITH A BULLET IN YOUR NECK
BECAUSE OF A SECT THAT AIN’T RESPECT
DON’T GO TO JAIL BECAUSE YOU ARE HUNGRY
READ A BOOK AND EARN SOME MONEY
USE THE MATHEMATICAL EQUATIONS TO RUN YOUR LIFE
BIOLOGY SO YOU CAN KNOW YOUR WIFE
HISTORY SO IT CAN STOP REPEATING
CHEMISTRY SO YOU CAN KNOW WHAT YOU’RE EATING
ENGLISH SO YOU CAN REWRITE THE CONSTITUTION
AND PHYSICS SO YOU CAN STOP THE POLLUTION
OF NATURE, THE BODY, THE WATER, AND THE MIND
READ A BOOK BECAUSE IT’S NATION TIME…

-MUKI
Posted by Bill Gunlocke, a city reader at 8:11 AM No comments: 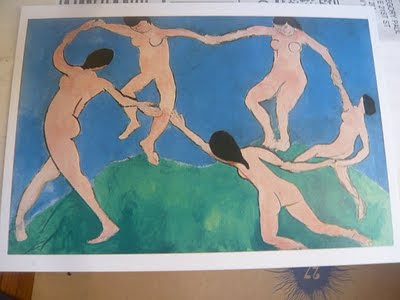 The Art of Sending Postcards

I’ve got two young granddaughters in Wyoming. A couple months ago it hit me that I should send them a postcard every week or two. So I’ve been doing that. What a wonderful connective thing it is to do. For the sender anyway. I have no idea how big a deal it is for them. They’d rather get stickers, I’m sure. But it’s fun to pick out the cards. It gets you to museum stores. And that’s a good thing. You get to swim around all the great stuff there. And then to leave with a bag so thin, it could be 1965 and you’ve got the new Beatles 45. It’s all cool.

Back home on the couch, a photo book beneath you for a lap desk, you think what you want to say. 15-20 words are all you’ve got room for. The pen moves nicely in the little space. It makes a mark. It’s your mark.
Posted by Bill Gunlocke, a city reader at 8:07 AM No comments: 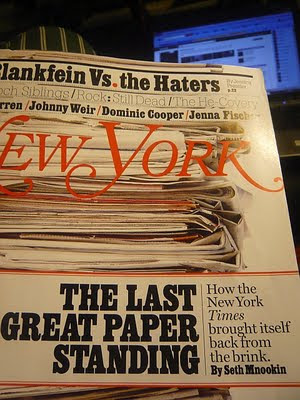 These times still demand the Times

Read it with your English muffin in the morning

I haven’t signed-up for the online edition of the Times. I buy it every morning around 6:00. I like to go out to get it. It looks great in a stack under a light outside the magazine store a block up the street. I get a cup of coffee while I’m out, and an orange and a banana to go with my peanut butter-slathered English muffin. I love getting back to my apartment, putting my fixins on a plate, and then taking it to the couch with the paper. It’s quiet. The computer is still dark in the other room. No TV, no radio. Just the Times and me. By lamplight.

Knowing I don’t have unlimited access to the online edition makes me read the paper version more thoroughly. I spend over an hour with it. I probably save time that way though. If I had online access still, I’d waste who knows how much time during the day. This way is better. I recommend it. On all levels.
Posted by Bill Gunlocke, a city reader at 8:01 AM No comments: 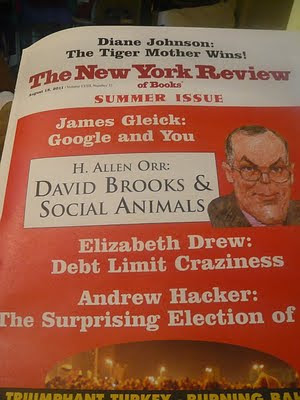 If I were suddenly limited to getting three periodicals mailed to me, this would be one of them.
Posted by Bill Gunlocke, a city reader at 7:58 AM No comments: