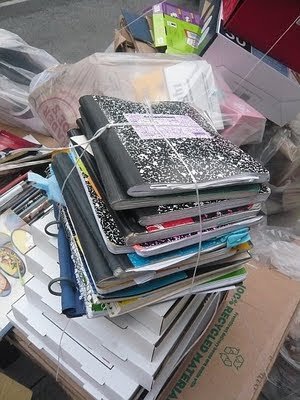 Another year of failing to teach the kids to read has come and gone.

Here some numbers came out this month from the State Education Department that showed that only 21% of the city’s high school graduates were prepared to do college-level work. 21%. Hell, major league pitchers hit that well. That’s beneath unacceptable. That’s a sin is what it is. And it’s the poor kids who bring the average down. Black and Hispanic kids. They’re the ones who are getting left behind, getting lost. I’m sure you’ve noticed. You’ve noticed it for years. Then why is the discussion always about almost everything but them and how they can’t read well enough to go to even the CUNY colleges without taking remedial courses? Why is the discussion dominated by worries about teachers and charters and buildings? Why isn’t it dominated by talk of why another year has passed and another class of kids has not learned to read well enough to make something stimulating of their lives? Isn’t that what the teachers and the charters and the buildings are there for?


It was late and everyone had left the cafe except an old man
who sat in the shadow the leaves of the tree made against the
electric light. In the daytime the street was dusty, but at
night the dew settled the dust and the old man liked to sit
late because he was deaf and now at night it was quiet and he
felt the difference. The two waiters inside the cafe knew that
the old man was a little drunk, and while he was a good
client they knew that if he became too drunk he would leave
without paying, so they kept watch on him.


I don’t show that to imply that if only the kids could read that they’d be on their way. They wouldn’t care a bit for it maybe. But there are wonderfully-written things for their age that they could be enjoying. Think how empty and restless your life would be if you couldn’t read well. Don’t we owe it to all our kids to give them a chance to be more than empty, more than restless.

21%. That’s a crazy, sad number. You wouldn’t think New York City would accept that of itself, would you.
Posted by Bill Gunlocke, a city reader at 6:05 AM No comments: 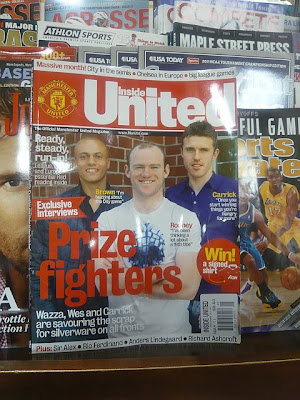 Summer’s a good time to get them magazines

Maybe it’s Jose Reyes. Maybe it’s Wayne Rooney. Or the US women’s soccer team. Maybe it’s Lady Gaga. Whoever it is, there’s sure to be magazines that obsess about them. Buy some for your kids. They’ll love them. They’ll read every page. They’ll find it fun. They’ll like the way magazines speak to them, to their interest, their fantasy, their identity.

And it will improve their reading. Summer is notoriously the time when kids lose whatever momentum they built-up in reading. Magazines will keep them swimming in the right direction.
Magazine subscriptions are cheap. Buck an issue. Order some. It’s great when they come in the mail. For a kid especially.
It’ll take them away from the TV for an hour here and there.
Posted by Bill Gunlocke, a city reader at 5:58 AM No comments: 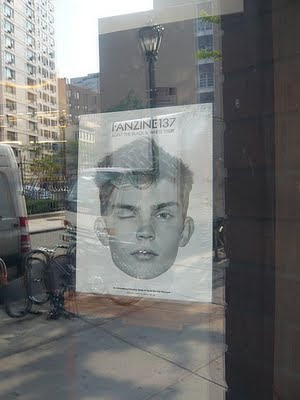 I Went Down to the Sacred Store

I read in New York Press that St. Mark’s Bookshop has been forced by the economy and New Yorkers’ new reading habits to make do without part-time workers, and has had to cut back some of the regular staff’s hours.
Nothing shocks me anymore about the deteriorating state of real books and the places that sell real books. But this news about St. Mark’s surprised me. I figured it was such a unique store in such a huge town that it would always have enough customers for the intellectually challenging stock on its shelves and the edgy graphics books on its table. The East Village, St. Mark’s Place, NYU, and Cooper Union are all right there, or close.
It’s one of those stores that changes you. You walk in and you’re different than you were seconds ago on the street. It has its own created attitude. It’s like going to the Film Forum. Which itself may be getting hurt by Netflix. This online world has its casualties.
Go to bookstores. Don’t buy books on line. Use that for shoes. And go to the Film Forum too.
Posted by Bill Gunlocke, a city reader at 5:54 AM No comments: 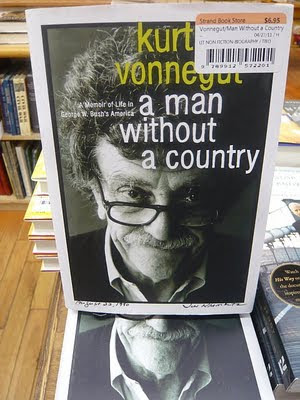 On one of the many tables at Strand.
Posted by Bill Gunlocke, a city reader at 5:48 AM No comments: