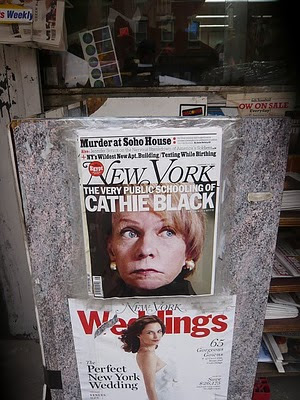 The Chancellor Needs A Mantra
The failing way the schools are run now demands a new approach from her. She has to look within herself.

This is the 15th issue of this newsletter. I didn’t know how often it would come out when I started. It seems to have settled into a once-a-month schedule. I say I’m going to do it more frequently, but 30 days seem to go by before I get another one out.

But I think about kids and reading almost every day. I have for a long time. That’s why I started doing this. It’s hard not to think about kids and reading, especially living here. You see a lot of kids. I’m a big walker, and not going to a job anymore, I have time to roam around the town. I pass by schools and see kids trudging into school in the morning, bounding out in the afternoon. I see them giggle and squeal, grab each other. I see older kids with older faces. Some paired-off with a love interest. None of them give an inch of ground when you’re trying to pass through them on the sidewalk. I kind of get a kick out of that. It’s a delicious pain sometimes to be reminded you’re an old guy in their eyes. Your cool-color running shoes, and Patagonia fleece don’t impress them.

The schools here look grim. (I’m just talking about the outside now. I haven’t been inside them. ) They’re just stone. They’re right up to the sidewalk. So I don’t see them like I’d see the schools when I lived in Ohio, from a car on my way to work. There you’d see the whole school set back from the street. Grass in the front. The bright windows on three or four floors lit like an Advent calendar. Here you don’t get that distance to take it all in.

I read about kids and reading most days. I go to web sites, or old books from when I was a teacher years ago. I go to the big Barnes & Noble near me on Union Square and look through the children’s section, and the books for teachers and parents. I don’t know why that stuff interests me so much, but it does. I think a lot about my four young grandchildren, some near, some far, and when I’m walking west from my apartment I make a point to go by Books of Wonder on 18th Street to see what new kids books are in the window. I go in often. When you’re a grandparent you do those things.

You’d think from I what I’ve said, that I’d be reading every word on schools I see in the Times. I don’t though. It ‘s almost always uninspiring (I say’almost’ because there must have been something I’ve read that’s been inspiring, even I can’t recall that happening). What they write it seems is always about the politics of it, or the physical plant closings of it. Or the test scores. If they try to be more ‘human’ about it, they focus on a chess team in a poor section of town. That kind of thing. I can’t tell you how many articles about chess teams I’ve seen over the years.

What they don’t seem to write about is reading. Other than when it’s to point out the poor test scores. And even then, they seem to worry more about math scores. Everyone seems to worry so much today about math scores. Science. As if America isn’t the place where Google and Facebook and iPhones and all that stuff was invented. They don’t worry about reading like they ought to. Maybe they don’t know what to say about it. Maybe it doesn’t require as much equipment as math and science do, and newspapers, founded for a male readership, are more comfortable talking about hardware, and numbers. Maybe poetry and short stories are thought of as stuff for girls. If you go by the test scores for the city’s boys, you’d think they think that too.

If you go to the school board meetings, they don’t talk about reading there either. School closings and charter schools seem to be the topics of the moment. The big solutions. Charter schools and closing failing schools. I wonder if the Cleveland Cavaliers moved to a new arena, got out of their failing one, if their record would improve. How much has new Citi Field helped the Mets? I think it’s a ludicrous distraction from the more radical issue of teaching the kids to read, above everything else.

I had real hopes for Cathleen Black. Joel Klein was such a loser at every board meeting I attended (on his Blackberry virtually the whole two hours) that I thought this hot-shot publishing woman would be not only easily better than Klein, but may have some magic. I could care less that she had no education degree. But she has looked like her own kind of loser so far. She needs to stop the press tours to schools, and instead sit down in a quiet place and find a mantra that says reading. She should meditate on that twice a day. And then she has to marshal her self-assurance and her forceful management skills and make the schools run as beautifully as her magazines were run. Making sure that all the graduates could easily read every word in the magazines she fashioned.


She’s clueless now. Aimless. The poor thing (I know that’s sexist but that’s how I felt about her at the meetings). She’s without a map. They’re all without a map. They grab some au courant idea like charter schools and get stuck on it. The parents holler from the gallery and she, probably a very confident leader (or at least projecting confidence) in her publishing life, sits up on the stage at the big long table, averting her eyes, almost rolling them. She made the much-talked-about ‘Aww’ comment out of pained frustration. She had nothing of substance to say to their pleas. What could she say, these changes are going to work wonders for your kids? No. Because they’re not. She knows it. Everybody must know it.

If you’ve read the issues of this newsletter when Mary Leonhardt has written the main essay (If you haven’t, you should. Look at acityreader.blogspot.com), you’ll be convinced, I believe, that if the kids were given time enough and freedom enough to read what interests them, in school, they could become avid readers and succeed at all their subjects. What could be more wonderful than that. Or simpler. Hard to believe that sounds radical. How could it not be true though. Think about it. Every subject needs an ability to read and a competent, agile mind that comes from reading. It’s the simplest solution. Why don’t they see it. The answer is blowin’ in the wind.

If I had any nerve, beyond writing about it, I’d get mothers to march down to Chambers Street carrying signs, saying teach our kids to read, let my people read. Something’s got to happen here. The schools are wasting the kids’ time, wasting the kids’ lives. They have them for twelve years. They have to get the job done. The kids have to bound out of school each day, having been stimulated by reading. Imagine what that would be like. The size of the school wouldn’t matter. Charter or not wouldn’t matter. The Chancellor wouldn’t look clueless anymore. She has to make that happen. The kids I wade through on the sidewalk are too cool to be shortchanged.

Posted by Bill Gunlocke, a city reader at 6:41 PM No comments: 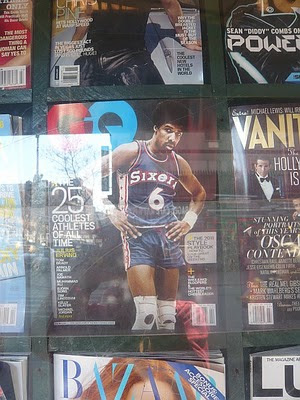 Where All The World Is Shiny
For cheap thrills, dip into your local magazine store

It’s a beauty of living in this city, and of living on the second floor like I do, that magazine stores are easy to get to. Even with the almost-give-away cheap prices for subscriptions today, it’s always worth your time to browse the shiny walls of a place filled from the ceiling to your feet with irresistible mags. Why wait till you’re at the airport or the train station and too hurried to enjoy it.
You’ll find periodicals you didn’t know existed. You might grab a photo mag or a British political paper, and get excited in that special way only page-turning can do. The internet doesn’t come close.
Take your kid with you. The porn is in the back or non-existent. They’ll want you to get them a magazine. If they really like it, you can subscribe to it.
I resist cheap home delivery offers from the Times, so I can walk a block in early morning to get mine at the store. All those covers.
Posted by Bill Gunlocke, a city reader at 6:37 PM No comments: 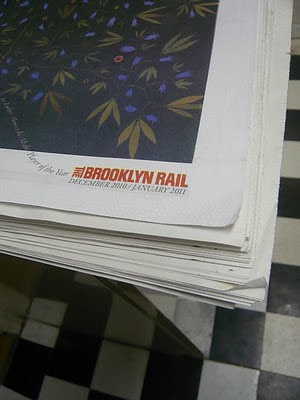 TRACK THIS PAPER DOWN
The Brooklyn Rail: It is the road to ride

I’ve been reading this for about a year. It comes out 10 times a years. It’s thick. On good paper. It feels like the Voice once did. Feels even better than that. It’s writing is stimulating. It’s more like The New York Review of Book in its style and topics.
Politics, cultural stuff, some fiction. The art is smart and all in black-and-white. The ads are too. And they’re not the usual garish tabloid ads. They’re for galleries and books. You feel while you’re reading it that you’re in the New York you wanted it to be when you moved here.

I subscribe to it but you can find it for free in some bookstores. They have a cool website (brooklynrail.org). But I’d look for a hard copy. Its texture is a big part of reading it. And it’s worth reading.
Posted by Bill Gunlocke, a city reader at 6:21 PM No comments: 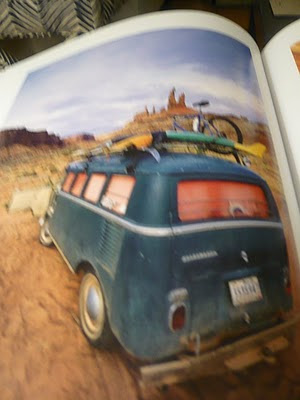 One of the rich pages in Unexpected: 30 Years of Patagonia Catalog Photography.
Posted by Bill Gunlocke, a city reader at 6:14 PM No comments: