“Toni’s the biggest person I’ve ever known, by far. She has the greatest generosity of anyone I’ve ever known. So it’s not only her intelligence, which is extreme… I truthfully know other people as smart as Toni, but I do not know anyone who is so large in generosity. And her talent is fantastic, but I know other very talented people. She is unique. I feel like I’ve met a zillion people, so I don’t think she’s unique in my life — she is unique on the planet.”

Fran mentioned something about Toni critiquing something Fran was writing. “[Toni] called me and she said, ‘I have just one suggestion — would you like to hear it?’ And I thought, ‘Not really,’ so I said yes. And she said, ‘Look, here’s a sentence where you say you—you should say we.’ I said, ‘Why?’ She said, ‘Because it invites the reader in.’ So I said, ‘I don’t want to invite the reader in. I’m not a hostess. I’m the prosecutor.’ And this is probably the biggest difference between me and Toni, as a human.”

Posted by Bill Gunlocke, a city reader at 7:19 AM No comments: 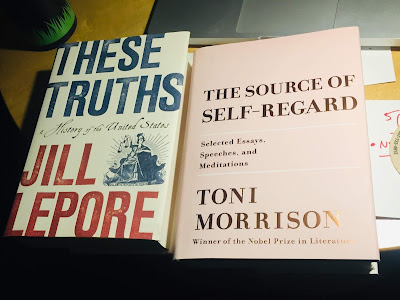 I bought these two books yesterday at Three Lives bookstore in the West Village. It's a wonderful store. There are other good bookstores in town. We're lucky that way. Not everyone is. People in some parts of town don't have wonderful bookstores, if they have bookstores at all. And even their library branches, like all the branches in town, have insufficient hours.
Posted by Bill Gunlocke, a city reader at 7:24 AM No comments: 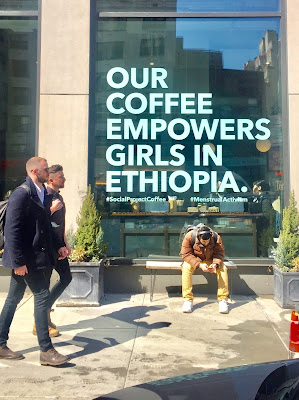 The coffee shop window across the street from my apartment. I go there almost every day. The message on its window is sincere. The local small chain has distributed more than 1500 feminine hygiene packets to girls in Ethiopia. There are many examples of New York City being an empathetic, progressive place. New Yorkers think of their town that way. Some people who stop by the sign I hold are surprised to find out that the city's schools are so segregated and that they don't teach all the kids to read well. 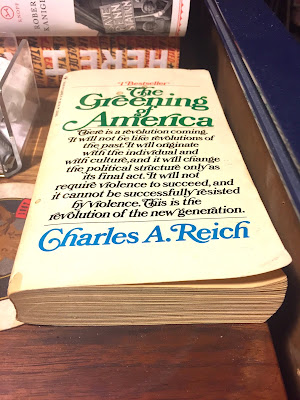 I keep this book on a wooden end table right against the couch where I read and sleep. I can't say I reach for it often, but I must must find something important about it to keep it there. It came out in 1970, first as an excerpt in The New Yorker. I was just out of college. It was a huge deal. Even my father read the sections they put in the paper. Part of the reason I keep it close is I like the title and the typeface. It evokes some evolution/revolution, some change, some possibilities. Is there such a book for now? Even any music. Where's Buffalo Springfield?

I read yesterday in the Times that only 7 African-American kids will be part of the freshman class of 895 at Stuyvesant High in lower Manhattan. Admission to that elitist of the elite New York City public high schools is based on a test. You could analyze that one-test method and then analyze it some more. I held the sign today more convinced than ever of the importance of the message. 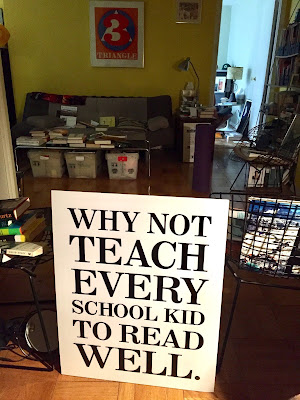 Posted by Bill Gunlocke, a city reader at 9:10 AM No comments: 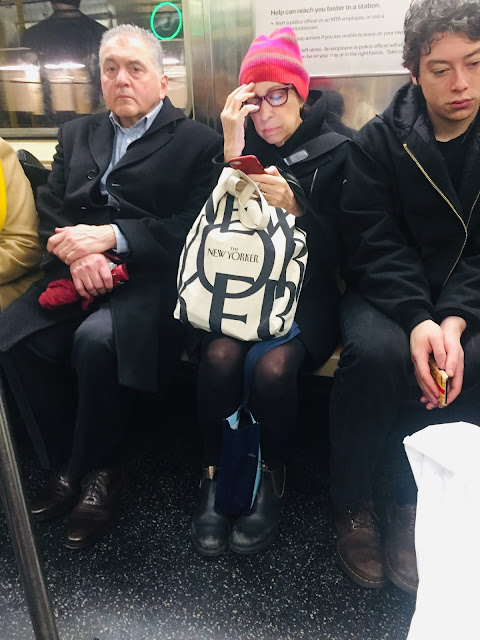 Morning train back from holding my sign. Just after 9:00. 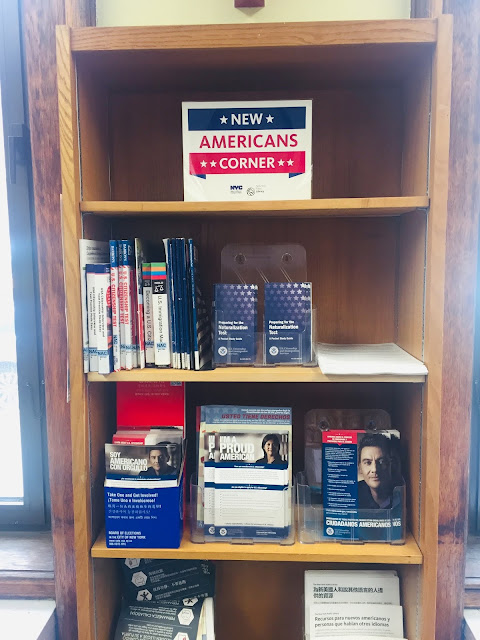 In my neighborhood library. I see people from everywhere in mine using computers, getting citizenship forms and guidelines. There are books for recent arrivals. It should be open more hours each day. It should be open on Sunday. Shocking that it's not. People use it. 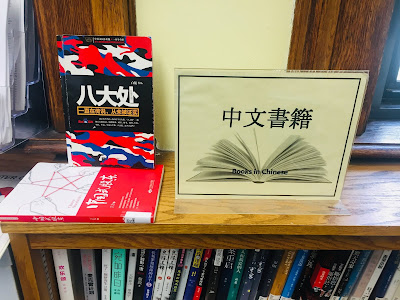