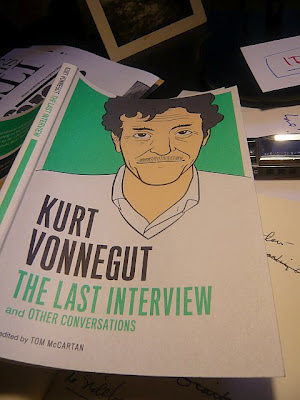 On Friday morning I had an aisle seat on a Bolt bus to Boston. I get excited over bus rides. Train rides too. There you are with no restless options. You’ve got that one seat. You have to be quiet. You can’t kill time with a phone call from a buddy. You can’t turn on ESPN radio. You can’t run to the corner for another cup of coffee and a big cookie. You’re right there with just your backpack under your seat stuffed tightly with all you hope you’ll need. It feels good. It’s thrilling to me to be going somewhere on a Friday.

I had four books with me. Not because I was going to read four books in three days (I’d maybe read one short one), but because I wanted these four with me. There was an Alice Munro short story in one I wanted to read. Two others I was deciding between. The other I had just finished and might want to refer to in this newsletter. Anyway, I felt, with some obvious delusion, like a student, with my blue watch cap on, there among the much younger college-age kids.

Toss me a cigarette, I think there’s one in my raincoat.

I looked out the window while we went up Amsterdam Avenue. When we got to 110th and turned right to get to a highway, I hauled up my backpack and took out a book I bought the day before, Kurt Vonnegut, The Last Interview. It was actually six interviews. It’d be perfect for the ride. Especially for a getting-old guy who suddenly felt like a student again. I’d read Vonnegut religiously (who hadn’t?)back in my college days and the ones soon after. The books were pocket-size and you could actually stuff one into the back pocket of your bell-bottom jeans.

The girl sitting next to me was shy and quiet. Tall and appropriately pale, her grandmother probably told her she could be a model. (‘You’re as pretty as those girls.’). She at first mostly looked out the window, and checked her phone for messages. Then she dug a paperback book out of her big purse on her lap. It was Jack Kerouac’s Dharma Bums. I said to her, ‘That’s a good one.’ She smiled faintly. That and other things, like the girl across the aisle who was internally tapping her foot the whole way, restless to just get there, no book, no magazine, one too-loud phone call, made me think about kids and reading.

On the #6 train I take at 7:30 every weekday morning to go downtown to hold my sign (‘WHY NOT TEACH EVERY SCHOOL KID TO READ WELL.’) in front of the Department of Education building I frequently notice an Asian mother with her three young girls of varying grade-school ages. Each of the girls is reading a book. Books like my three daughters used to read, like you read, or your kids read. The kids aren’t nerds. They’ve each got corduroy jeans on and fleeces and lively socks and tennis shoes. They read through all the local stops. The mother doesn’t read on the train. She sits with her arms folded, no lively socks for her, a school bag or two on her lap. She doesn’t bug the kids. They’re reading.

I smile to myself. Not because I’m some book nerd; I’m not. I can waste time with sports talk radio and beers in front of big screens in taverns with the best of them. I wear a patch to keep from smoking. I smile because it looks beautiful to me. Three young kids making their ride (their life) more interesting. (The kids next to them the other day were sharing a Snickers at 7:30. No books in their hands. Or in their world, maybe.) I’ve been tempted to ask the mother if I could talk with her someday about her kids and their book habits. But I haven’t; probably won’t. It fascinates me though.

So fascinates me that I’ve more than once, over lunch with the young woman, born in Taiwan, who designs each issue of this newsletter, asked her about the difference in schooling she went through. What makes Asian kids do stuff our kids don’t do? You’ve seen it. You know what I mean. You’ve certainly read about it. You’ve read that 75% of the kids at prestigious Stuyvesant High are Asian. I’m not saying that the rest of the kids, the non-Asian kids, aren’t cool (maybe too cool?). They’re creative and spontaneous and we’re a lucky country that grows such dynamism. But those three young girls on the train seem more focused. The rest of their day will probably go pretty well. Maybe very well. To be focused is a wonderful thing. We all know life is better when we are. That’s the joy of a bus ride, with a good book. That focus.

At Strand bookstore last week, with all this in mind, I bought a paperback copy of Battle Hymn of the Tiger Mother. You’ve heard about it. The mean Asian mother forcing her kids to practice piano and violin ridiculously long hours. No sleepovers. No parties. It got ridiculed on talk shows. I’m now guessing mostly by people who hadn’t really read it. I read it in a day. I’m not going to review it here. I’ll just suggest you ought to read it. It’s an eye-opening answer to the questions I want to ask the mother on the train and the ones I ask my designer friend from Taiwan. It’s wonderfully-written. You almost can’t write better than Amy Chua does. It’s funny, tough-on-herself revelatory. You could spend a semester discussing it. Get the book and engage with her.

I finished the Vonnegut interviews by the time we passed Providence. It was easy reading. Nostalgic. His answers to the interviewers’ questions were funny and cynical and truthful in a ‘60s kind of way. At one point he talks about a sign he made. It said, ‘DEAR FUTURE GENERATIONS: PLEASE ACCEPT OUR APOLOGIES.’

You start to worry about that as you get old, especially when you have five young grandchildren. You want to not feel you’re leaving the place you enjoyed the hell out of worse than when you got here. You don’t know what to do about all the things our generation did poorly when we thought we’d do it all so right, so much better than those not-to-be-trusted people over 30 had done. You hope your reading sign will bring some attention to what you feel is a basic solution to a dire condition. Many poor kids in the city can’t really read. We’ve come to accept it somehow that urban minority kids not reading well is an on-going apparently unsolvable problem. That it’s part of the city’s landscape. Like pigeons.
Posted by Bill Gunlocke, a city reader at 6:59 AM No comments: 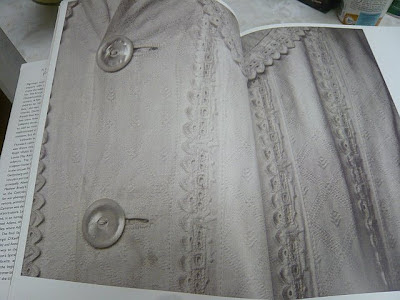 She’s not on assignment for anyone but herself in this book with the breathtaking dust-jacket close-up of Niagara Falls. She started the Pilgrimage (the book’s title) there, and then headed out. To Walden Pond, Amherst, Massachusetts, Yosemite, Georgia O’Keefe’s New Mexico, Virginia Woolf’s England, among other places with great interiors and exteriors to shoot with her big and small cameras.

One thing Leibovitz does in her best books is write about her feeling and her process. Readers like to learn about how people do their work. She satisfies that way. And her photographs are so rich, they’re like paintings. This a real book, with intelligence and determination and heft. Full of celebration, if not celebrity. It’s a thing of beauty.
Posted by Bill Gunlocke, a city reader at 6:54 AM No comments: 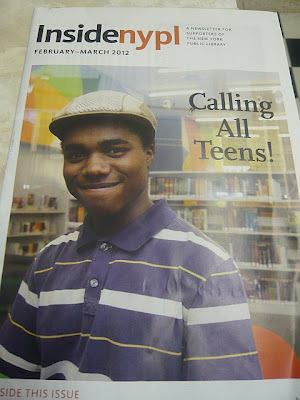 Be There or Be Square
Libraries have the coolest stuff

It used to be(didn’t it?) that teenagers would hang out at the library on school nights to sit next to their friends and do their homework and laugh too loud. Sometimes boys and girls together. They’d work on term papers. Do they still have those? They’d work on History projects. They’d chew gum and try to look cool. The lights were brighter there than at home. There were no family members there. There were magazines if you got bored. It was more fun than TV.

I don’t sense they do that anymore. There are all sorts of good books they’d like. Not just classics either. Good young adult novels with great covers. How are they going to run across those if they don’t go to the library at night.? They’re at home’texting’ instead. When all the valuable texts are in the library.
Posted by Bill Gunlocke, a city reader at 6:49 AM No comments: 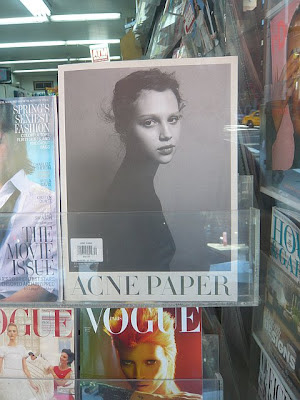 Newsstands here have magazines you’ve never heard of. Some are like pictures at an exhibition.
Posted by Bill Gunlocke, a city reader at 6:44 AM No comments: