In these austere times, libraries have never been more important as a way for every child to access books and reading

The apparent decline in interest in libraries comes despite an overall increase in the number of libraries, including those transformed from public libraries by community and volunteer groups. There are 3,450 libraries in England, according to the most recent figures from the Chartered Institute of Public Finance and Accountancy, up 2% from 2010.
But Diana Gerald, chief executive of reading charity Book Trust, said the figures were “amazing”.
She said: “Over recent years children’s use of libraries has been consistently high, and even with all the other modern attractions libraries are still visited by 70% of under-15s - that’s quite amazing.
“In these austere times, libraries have never been more important as a way for every child to access books and reading. 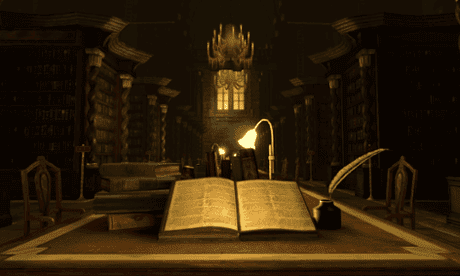 The magic of libraries

Read more
“Book Trust research shows that reading helps close the poverty gap and is actually more important for a child’s educational success than their family’s socio-economic status. Well-resourced libraries remain a gateway to equality of educational achievement and an affordable source of great pleasure. All children should have easy access to a library.”
Cressida Cowell, author of the bestselling How To Train Your Dragon series, which has been adapted for film, said reading was “the most important thing you can do for improving literacy and communication skills”.
She added: “Libraries are particularly good for children experimenting and trying books that they might not have expected to like.
“A great librarian can truly make a difference in thousands of children’s lives.”
Posted by Bill Gunlocke, a city reader at 7:56 AM No comments: 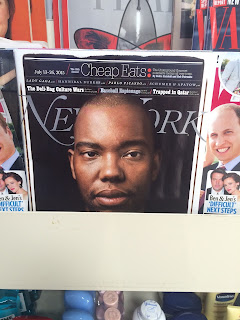 That’s Ta-Nehisi Coates on the magazine. He’s been on all the NPR shows and on the TV talk shows. I’m reading his book, Between the World and Me. It’s one of five I’ve got going. I don’t usually have five going.

If you’ve seen him on TV or heard him, the book’s a lot better than he talks. He’s a real writer.

Everybody tells you to read this book. I can see why. It’s not the standard fare.

Posted by Bill Gunlocke, a city reader at 10:47 AM No comments:

Fifth day back on the street with the sign after Wyoming. Nothing alters the sign’s 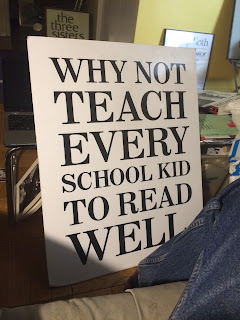 mandate for me to hold it there every day that I can.

Bright, tall guy. He‘s walking by, grinning in a well-educated way at the sign,  and says proudly, competitively, ‘In Canada, we do that.’

Black woman stops her car in the far lane, rolls down her window, smiles at me, puts both arms out and raises them high, her large palms catching the morning sun. ‘Praise the Lord,’ she says so people can hear. ‘God Bless You.'

A 50-something guy with a wide smile in a straw hat and blazer that David Hockney might wear on a sunny day says, ‘How can I help you? What can I do?” I said ‘I don’t know. I don’t really know what I’m doing. I just want the words to get in the air.’ He nodded. He knew what I meant.

He said, ‘It’s inspiring.’
Posted by Bill Gunlocke, a city reader at 9:25 AM No comments: