Sadly, not many of the city’s school kids are, or can. 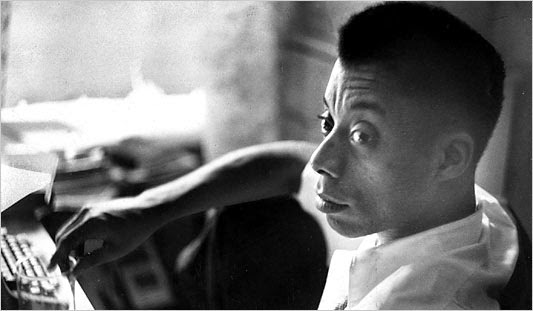 James Baldwin’s Go Tell It on the Mountain is my train book now. I read it on the subway from 23rd Street to Chambers Street where I hold my sign, and back again. I keep it in my Patagonia book bag, and only take it out on those morning rides. I get a few pages read a day.

Besides reminding me what a vividly talented and necessary writer James Baldwin was at such a young age, the book gets me riled up thinking how, if it means something to me, a gray-headed 67-year-old white man sitting there on the train, it would mean a world more to a teenage black kid. I guess I mean by that, boys mostly, but girls too. But boys come to mind because the week before LeBron chose to go back to Cleveland the paper there ran an almost-week-long story about a much-loved white tavern owner close to my age who was killed by five young black men, one who worked for him, at lunch time in his place. Their mug shots show five faces that look like they never read Go Tell It on the Mountain. Worse, they don’t look like they could have read it.

Neither do the young men that I watched on CNN one night last week that are dying, and causing the dying, in Chicago, with frightening frequency. CNN showed similar scenes of such homicidal randomness going on here, too. No books were reported to have been found in the hip pockets of any of the living, or the dead.

There are no bookstores in the neighborhoods those young men come from (or came from, in the case of the dead young victims) in Cleveland or New York or Chicago. Their mean streets are not a classic movie with a cool sound track that they watch, credits too, in NYU T-shirts. You and I don’t know how mean their streets really are, no matter that I’m reading, have read for 50 years, books like Baldwin’s. Besides not having bookstores there, there aren’t enough jobs there, or fathers there whose sports pages at the kitchen table might have triggered in their sons a daily hunger for reading. Not much on those streets would find a way to get a James Baldwin book into their hands.

The only place they might find a book like that would be in their school. That’s likely the only place they might find a person who would press such a book into their hands. The only place with a librarian who would know about what kids their age would be interested in reading, someone who could make suggestions to them about all sorts of books that might speak to them, books that might light a light for them, be a companion to them, be an inspiration.

You think your pain and your heartbreak are unprecedented in the history of the world, but then you read. It was books that taught me that the things that tormented me most were the very things that connected me with all the people who were alive, or who had ever been alive.      -James Baldwin

Most of the faces on the young men I’m talking about, the ones with the guns who shoot other men and teenagers, have an empty look; they look like they didn’t go to school for a day, let alone till they were 16, which they had to have done, by law. You’ve seen those faces.

But all of them did go to school. What happened there? Or what didn’t happen there, that left them looking that way?

Cultures require schools. It’s where the books are. No matter the neighborhood. It’s where every kid gets a desk of their own. It’s where there’s a teacher, an adult who can read well, who can show them how to read, and show them all kinds of books and magazines that they might like. It’s a place to come every day where there are bright lights in rooms with big windows. There’s a library in the school too. A school is a perfect place to give order and promise to kids from the neighborhood. And it’s the place where all their friends go.

It continually seems a sin to me that the schools don’t teach every school kid to read well enough to eventually read James Baldwin. In the 10 or 12 years that the kids go to school every day because the law and the culture say they must, they should be helped to read easily. They should be able to read any book in the school’s library by the time they’re ready to graduate. But that doesn’t happen. Not in Cleveland, not in Chicago, not here in New York City.

You have to wonder if reading is the top priority of the city’s schools. You, who are reading this, may not have considered that. You read easily and the people you know do too. But tens of thousands of kids in the city’s schools don’t read well. Kids who’ve been going to school for years. Kids with a home room, and a desk of their own. Kids who see their friends there. Kids who have teachers. Kids who go from September to June. They’ve been going every year since they were six. Most of them don’t read nearly as well as they’re supposed to.

Things can’t keep being done at school like they’re being done now. The kids from the book-less 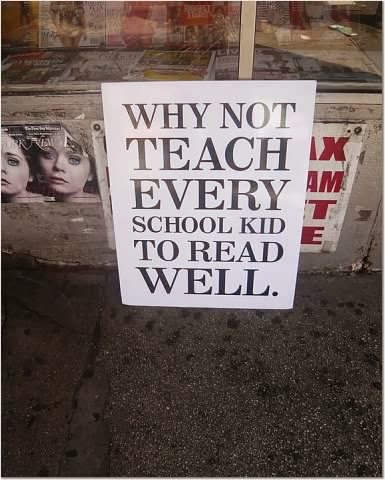 neighborhoods are being let down by the schools where all the books are. That seems crazy to me. It’s why I hold my sign.

They should try this: They should accept once and for all, that teaching these kids to read is what they’re there for. It’s what the kids need. It’s what the culture needs. I can’t think of one other priority that could rival reading. The schools should make sure that everything that goes on, in the schools that have failed, will be to get each student to be a facile reader. Not an OK reader. A good reader. The kids lives depend on it. A James Baldwin book should be as easy for them to read when they’re 16 as it was for you and me. This is of the gravest importance.


I think, having thought on it for some time, that the lost young men who are staring at us from mug shots, wouldn’t be, if the schools had done their job. The dead would be alive.
Posted by Bill Gunlocke, a city reader at 5:54 PM No comments:

Email ThisBlogThis!Share to TwitterShare to FacebookShare to Pinterest
A Great Bookstore Makes a Move 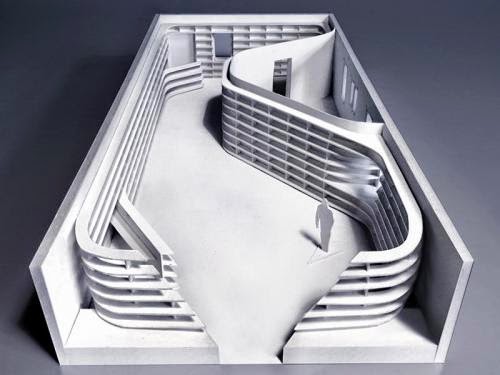 I love it when people don’t give up. Especially when the trends are trending against them.

St. Mark’s Bookshop, the legendary intelligent store, on 9th Street and Third Avenue, for reasons of rent, is
moving further east to 136 East 3rd Street, a few storefronts west of Avenue A. I walked past the space a week ago. There was no sign up yet. The door was open so carpenters could go in and out. It’s a smaller space. But that will make for a good fit in that neighborhood. You probably don’t get down there often. It’s a cool part of town. Some part of you will wish you lived there. Go there to see the store. It’ll open any day, or may have already by the time you read this.


How great for the street, a famous bookstore. My street doesn’t have one.
Posted by Bill Gunlocke, a city reader at 5:46 PM No comments:

Email ThisBlogThis!Share to TwitterShare to FacebookShare to Pinterest
The Land of No Plugs or Wires 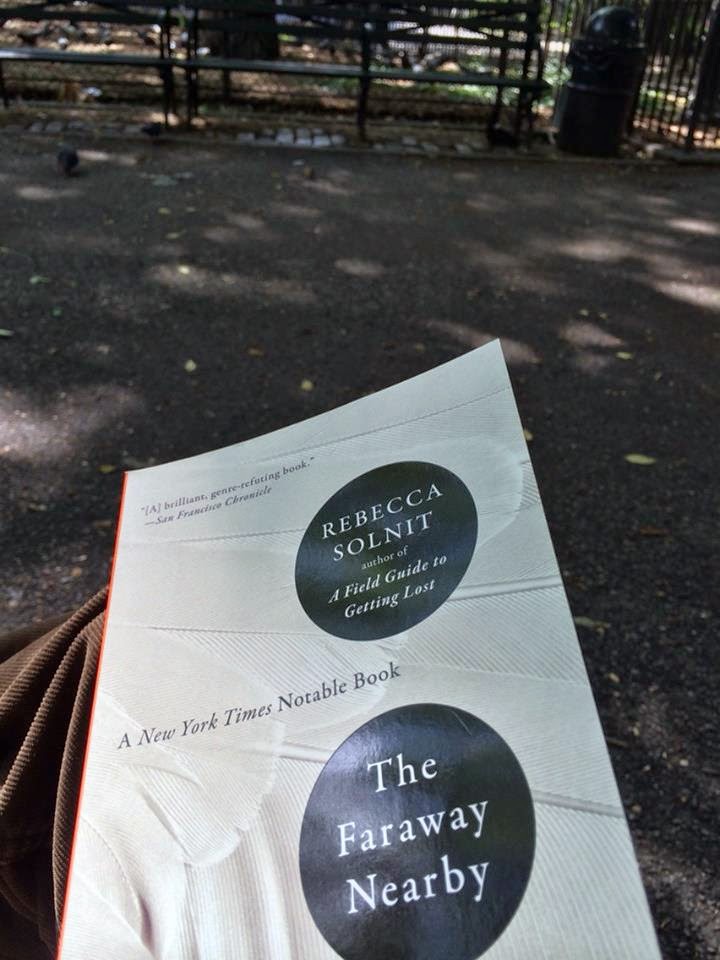 Escaping to a city park

You feel lucky to be there when you’re sitting in a park. Living here, you might miss a back yard or a porch if you grew up with one. But when you’re on a bench in the shade with a book or a magazine or a newspaper and a cup of tea or coffee, you feel like you’re on vacation in a place you wished you lived.


I have four parks within a 15-minute stroll. To grab a book or the mail, and get out of the apartment, it’s a big perk of living here. And the people you see there. TV can’t compete. And there are enough vendors or bodegas or restaurants right across the street; you can stay for hours. Go Forth.
Posted by Bill Gunlocke, a city reader at 5:43 PM No comments: 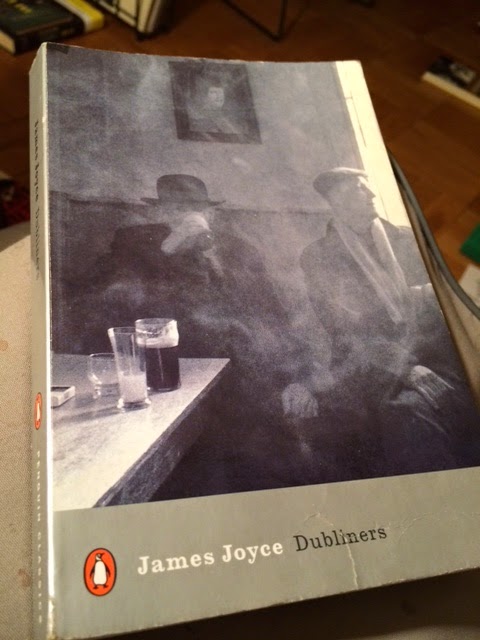 One of the great collections of stories. If you said they were the greatest stories, I couldn’t argue with you. This week I started reading them again. I feel lucky to be.
Posted by Bill Gunlocke, a city reader at 5:40 PM No comments: