YOU DON’T KNOW THE HALF OF IT

There are two sides or more to every life.
Mine too. 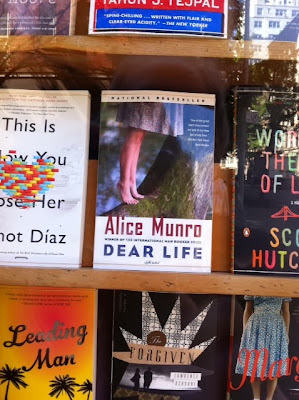 I lead two lives. One loves to hang out in bookstores and libraries, and put out a newsletter and hold a sign about kids and reading. For Christmas, one sister buys me a healthy gift certificate to a bookstore in the Village. For Christmas, I send only books to both sisters and my three daughters and my five grandchildren and my nieces and nephews and their kids. My apartment is spilling over with books. I sleep on the couch rather than the bed because I like the way the lamp by the couch lights up the book I’m reading before I’m ready to sleep, or when I frequently wake up two hours later from things that keep going bump in the night. I have more than one copy of some books.

My other life likes sleeping on the couch, too. That’s where my little clock-radio is, on the coffee table, sitting wobbly some nights atop a jagged, ever-changing pile of books and magazines. I need a radio on to fall asleep. I need sports talk. I don’t need scores. I need talk. Marty from Woodside. Vince from Staten Island. When I visit my youngest daughter in Wyoming, some nights I can’t find a sports station. Then I have to make do with talk about alien abductions on ‘Coast to Coast’ radio.

On the bus to visit my friend in Boston last weekend, I read from a book of stories by Alice Munro, who had just won the Nobel Prize. She’s my all-time favorite writer, which you wouldn’t think from a guy who listens to sports talk to get himself to sleep every night. Her stories make you put the book down when you finish one to let your mind and your whole life readjust to your surroundings. I’m moved to easy tears at the end of some of her stories. I’ve read a few of them out loud to a friend over the years. There were times I had to stop and clear my throat, so perfect and miraculous were some of her sentences.

I’m from a small rural town in the western part of New York State. Not too different from Munro’s Canadian settings. I’m a displaced person I realize when I’m reading her.

When the bus was approaching Boston, I put the book away in my backpack. I wanted to be alert so I could see Fenway Park out the right-side window. The small town kid in me never tires of seeing the park the way it sits there squeezed among the old buildings. The big book-cluttered house of my friend where I’d be staying is very stimulating and comforting to me with all his stacks of reading matter. So is the high quality of Boston sports talk. Tommy from Dorchester. Jonah from Newton.

Some women I dated over the years, knew, but denied it for years in some cases, when they saw my house or my apartment, with all the books, and the dust under some of them, that this was not a guy who was going to get married again.

Two weeks ago two guys who I worked with on a magazine I edited in Cleveland stayed at my place for a few days. They’re younger. Both writers, like me. And, like me, both sports fans, big time. We drank beer most of the nights at a bar down the street and watched, and talked, baseball and football till the wee hours.

One thing about Alice Munro I noticed in all her stories is that they’re not about you. They’re exactly about the people in the story. They are so particular, rendered in such a way that they become more real than any people you read about in other writers’ stories. They’re not even about her. I like that. It’s like looking at a box of random old family snapshots at a flea market. The names and dates written in white ink.

Not everybody on buses is reading Alice Munro. Though the people on a bus to Boston are more apt to be reading something than passengers on buses I’ve taken to other places. They mostly look bright, like you think people going to Boston for the long weekend would. Less than half of them got off to get food when the bus stopped for 15 minutes at a Burger King. Most buses empty out at such stops, some of the sleepy people with long cigarettes in their mouths waiting to be lit as soon as they file off the bus. The guy sitting next to me had a Mac Pro on his lap and was writing music on it. It made me think of Sister Ambrosine in grade school making musical staffs on the blackboard with a rake-like holder with five long pieces of white chalk in it.

She made sure we knew how to read and spell and write neatly. We had to stand up straight sometimes and 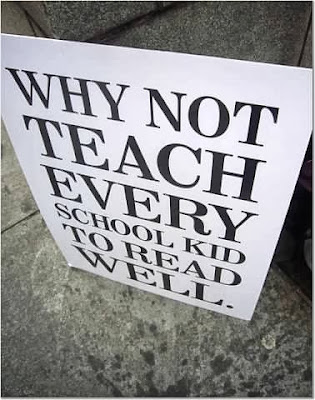 read to the class. We had cursive charts above the blackboard. We had spelling tests every Friday. Spelling bees, too. Everyone had to line up against the wall and participate. Kids like me with college-educated parents, next to kids who lived out in the country, next to foster kids. She walked among the aisles with a ruler or a rubber-tipped pointer and you were always a little bit afraid of her. A football player I roomed with at Notre Dame said his favorite coach always kept you a little bit afraid.

What would the NYC public school grads who read at such a poor level do on the bus? Would they read? Or would they sleep? Would they even be going to Boston for the weekend? What if they had had Sister Ambrosine? I wonder if that would have made a difference. What do you think?

Stephen King has a new book out. So does Donna Tartt. And Elizabeth Gilbert. And Alice McDermott. And Terry McMillan.  And Amos Oz. Jonathan Franzen, too. And Dave Eggers. Alice Munro’s paperback collections are hastily being restocked since she won her big award. I wish I had a long bus ride, long enough to read them all. When I needed a break, I could pull my iPhone out of my left hip pocket and dig my ear buds out of my backpack and listen to some sports talk, while the country glided by the window. Toss me a cigarette, I think there’s one in my raincoat.

On Saturday my Boston friend drove 45 minutes to Lowell so we could see Jack Kerouac’s grave. That night we went to a local tavern to watch the first few innings of the Red Sox game.  We listened to the rest of it on a good radio in his big kitchen. Nice day.

Posted by Bill Gunlocke, a city reader at 7:15 AM No comments: 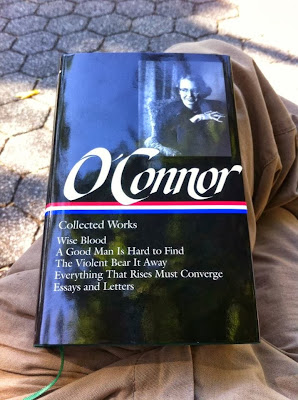 But it’s 1268 pages of dazzling writing

Do you have any of The Library of America series? They’re beautifully bound books, on fine delicate paper. You think you’re holding a museum copy. They’re still adding to the library. I’ve got Philip Roth’s works, and Saul Bellow’s works.

I’ve got Flannery O’Connor’s too. If you read her in school, you’d remember. If you can’t remember, there are books of hers in any good bookstore you try. Do try.


Some day you might want all her stories and some essays of hers. This is the book you’ll want.
Posted by Bill Gunlocke, a city reader at 7:07 AM No comments:

Email ThisBlogThis!Share to TwitterShare to FacebookShare to Pinterest
Are Grass Stains A Thing Of The Past? 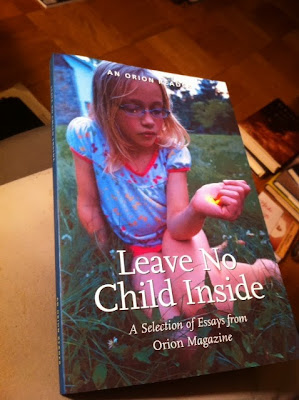 A book in praise of playing outside

I grew up in a rural small town. Some of my buddies in grade school had BB guns and hunting knives. And they loved to fish. They were like their fathers. I was like mine, who did none of that stuff. I thought he was a wuss sometimes for not being an outdoorsman.

I did go in the woods a lot though. We were always outside. Sports every afternoon. TV didn’t rule then. It does now. We watch it 60 hours a week, studies say.


Kids need to play outside more. This convincing book of essays from Orion magazine is what we need to read to remind us to turn off the tube and have the kids investigate the real world.
Posted by Bill Gunlocke, a city reader at 7:04 AM No comments: 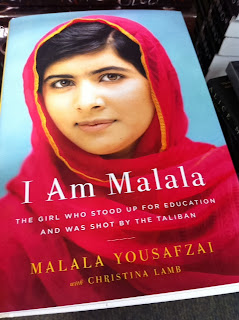 It’s in bookstores. She’s not Anne Frank, but her face is an icon now.
Posted by Bill Gunlocke, a city reader at 7:00 AM No comments: