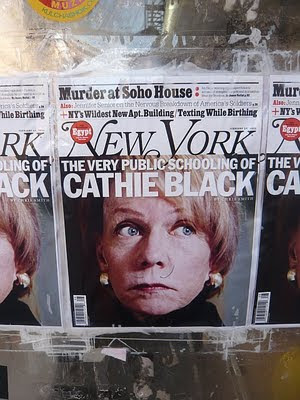 A Draft Dodger’s School Bag
Cathleen Black’s getting canned got me rereading a ’60s classic.

In 1968 James Herndon wrote a book called The Way It Spozed To Be about his first year teaching a segregated junior high school class near San Francisco. Up until then, teaching junior high was mostly a woman’s position. But in the late ‘60s young men started scrambling for those jobs. You could get a deferment from going to Vietnam if you could find a teaching opening. In 1969, I was one of those young men looking for such a job. I had just graduated from college. I had a wife and a month-old daughter, and I found an inner-city school in Cleveland that needed a sixth-grade teacher. James Herndon’s little book became as much a must-read for me then as Soul On Ice.

Here’s an excerpt from it. You’ll see why I picked it out to show it to you:

Well, I told myself, for one thing, 7H was in no shape to learn or do anything. The heart of their problem as a class was the simple skill of reading. There were four kids who couldn't read their own names, three or four who couldn't read anything else, and the rest of the class who could read a little but were always shaky about it. They were unsure if they would be able to avoid derision at any given moment, and so tried to assert their superiority over each other in the very area of their common incompetence. Any time we tried to work on beginning word recognition, letters, sounds, the majority sounded off about "that baby stuff," and as a result the nonreaders had to bound off about it too; they couldn't admit not knowing how to read and so they couldn't ever begin to learn, because in order to learn they'd have to begin, right there in class, with simplicities, easily identified by all as "learning to read," and open themselves up to scorn. Nothing doing. On the other hand, everything we were supposed to be doing in class presupposed that everybody could read.

That was written in 1968. In my first year in Cleveland in 1969, I found the same situation. A half-a-dozen years ago in a New York City parochial high school made up of mostly inner-city boys, I found virtually the same situation, still. I tried to do something about it both times. So did Herndon. We both tried to let kids read on their own in class, privately. Stuff they liked. So they could catch up. So they could find joy in reading. Have a better life. Principals didn’t like us doing that. The kids aren’t learning that way, they’d say.

Now here we are in 2011. In the city, Cathleen Black, the Chancellor for three months, was let go. She wasn’t a fit apparently. Her popularity rating was so low you couldn’t even call it popularity. Her pictures in the paper made her look like Nick Nolte. She lost her cool a couple times in front of protesting parents. Reports I’ve read in the daily papers imply she wasn’t expediting things on Chambers Street. I saw her once on TV talking to a kid in a classroom and she wasn’t very good at it. I saw her at two board meetings and she looked unsure of herself.

So I should be glad she’s gone, you’d think. But I’m not. I championed her when she was chosen to take over, as much as one takes over here when the Mayor is in charge and he appointed you. I think maybe he saw in her what I still see. And I don’t mean her, Cathy Black, necessarily. I mean someone from the outside. Someone who is demanding and restless and impatient with the way things are. That’s how I saw her anyway. I might be wrong. She could be a flake. I don’t know her. I never worked with her. But her obvious uneasiness at the job may have been the appropriate response to it. There was a saying back in the days of Herndon that went something like, madness is the only right response to these insane times.

That might be over-dramatic of me. But I just said it so I must believe it. I do think it’s insane the way the officials in charge of the schools here in sophisticated New York City, a place that is the print media capital of the world, are uncaring about the woeful state of reading among their poor kids. It isn’t like they haven’t seen the test results year after year in the papers and on TV. If they watch the local news, they must have seen poor people hovering around crime scenes or fire scenes who sound like they haven’t been to school at all, not for a day. When by law they were in school in New York City for at least 10 years. How could it seem like they hadn’t been to school at all? Doesn’t that dent the consciousness of Manhattan and Chambers Street?

I’m thinking, against all reports to the contrary I realize, that maybe a Cathleen Black, after more than three months would have said, this is insane. We can’t continue to run things like this. She looked like she could get mad enough to say that. And maybe she’d go Awww! if they complained. That’s what I think maybe could have happened.

I have to pin my hopes on something beyond the standard fare. The standard fare isn’t getting it done. And I don’t think the charter school movement is the answer either. That’s not much beyond the way it’s been done all along here. More than that needs to be done. Something, and this too goes back to 1968, something radical has to be done.

I’d craft a new curriculum for schools in poor districts. Yes, I’m talking mostly about black neighborhoods, but there are other poor kids too that need to learn to read. Kids who need an immersion in reading day after day, class after class, for as long as it takes for them to read well. Odd that should seem radical, isn’t it. But it is, compared to the way it’s being done now. Someone has to take charge of these schools and see to it that no one this city can’t read well. That’s one thing that can be controlled. We may not be able to control the environment the kids come from or the environment they return to at day’s end. But we have control over the kids for at least 10 years in a place where there are desks and lockers and cafeteria seats for everyone. There are teachers and books and computers. The job has to get done.

Cathleen Black did get things done in her other career. I’m sure adjustments were made on the fly. If they didn’t work, other things were tried. The marketplace let her know what worked. Readers determined things. Then readers in her office did what needed to be done. It’s 2011. You have to know how to read. Could anything be more obvious, more basic to functioning in the culture?

Let’s not relax and act smugly that we knew it all along now that Black is gone, and we’re back to having things in the hands of someone with experience. All those people with experience have been running things for years. Since 1968, and before.

Come on.
Posted by Bill Gunlocke, a city reader at 6:26 PM No comments: 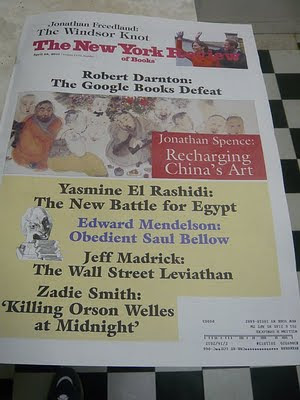 You’ll Be Smarter For It

These are all written by experts. They’re longer than you’re used to. You won’t read them all. I don’t anyway. When you finish a review, you feel you’ve done something. You have done something; it’s not TV.
Posted by Bill Gunlocke, a city reader at 6:23 PM No comments: 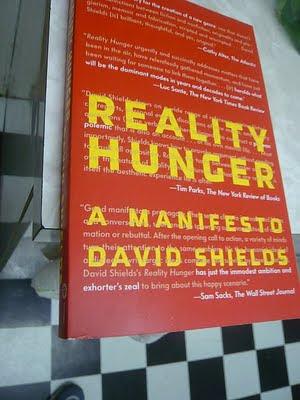 To Me, The Year’s Most Important Book

It’s now in paperback. Grab one.

I’ve hyped this here before. I’ll let names you might know better have a say:

‘Reality Hunger is more than thought-provoking, it’s one of the most beautiful books I’ve read in a long time.’---Jonathan Safran Foer

‘Raw and gorgeous…It’s about time someone said something this honest in print.’---Susan Salter Reynolds, LA Times

‘Might be the most intense, thought-accelerating book of the last ten years.’---Chuck Klosterman
Posted by Bill Gunlocke, a city reader at 6:11 PM No comments: 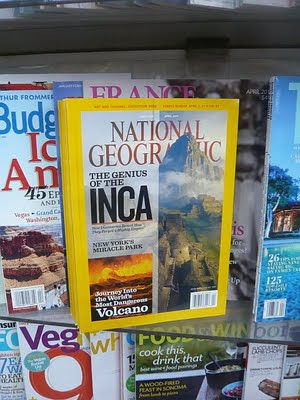 Every home should get it. Kids will love it. You’ll wonder (like me) why you lived without it. $15 for 12 issues.
Posted by Bill Gunlocke, a city reader at 6:09 PM No comments: