The Day The Music Died

And other things that happened outside of school.

I was the first one who heard that Buddy Holly died. My friends were in school. I had talked my mother into letting me stay home that day. It was winter and I told her I had a sore throat. Some days I just couldn’t go. Even though the Catholic grade school where I was in 6th grade was right across the street. Some days I just wanted to stay home in bed and read the sports page and listen to the radio. 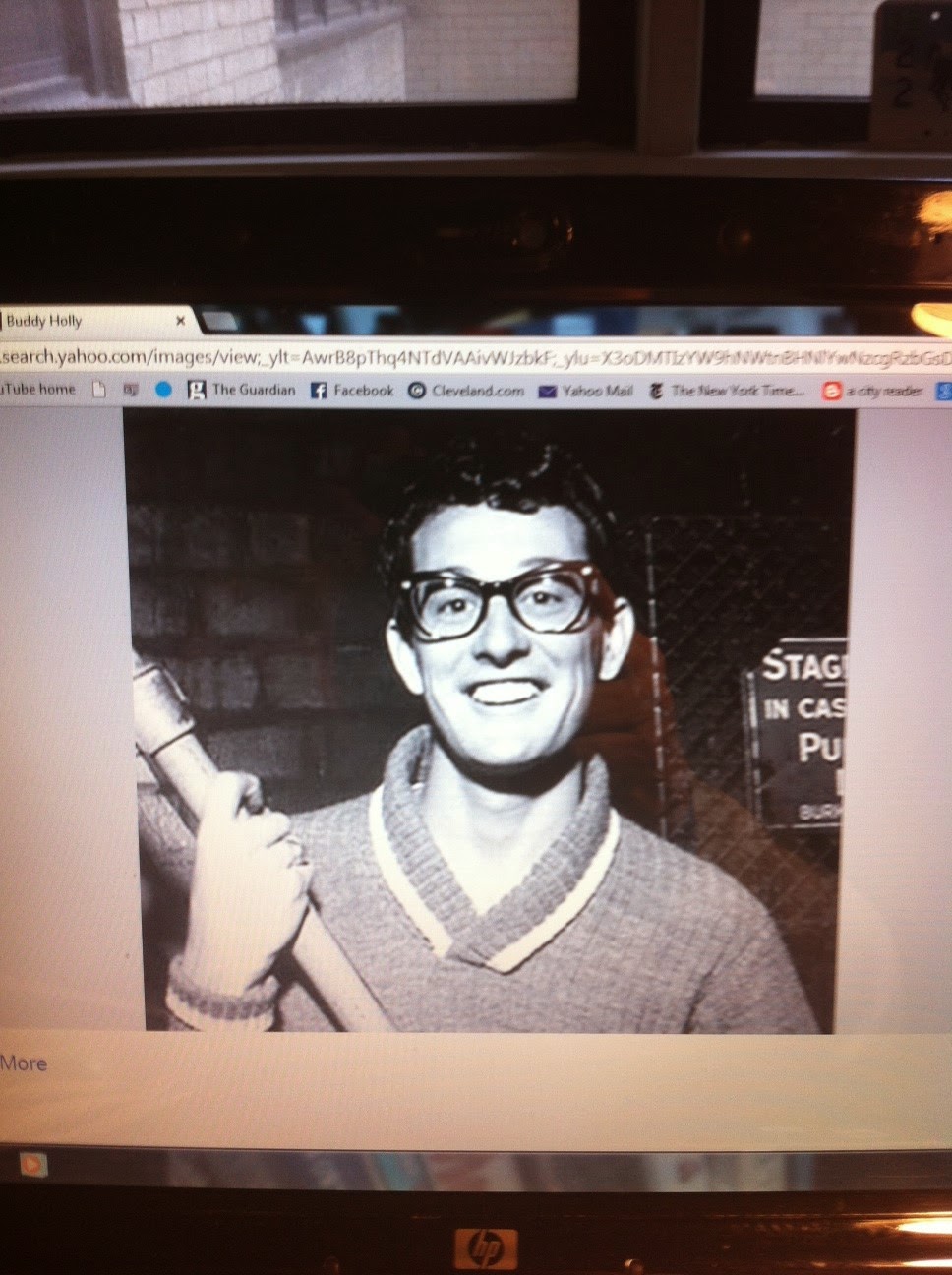 I think my mother understood. She was a little restless herself and knew about boredom. When I stayed home, she’d prop a big pillow-with-arms behind me. For lunch she’d bring me tomato soup with sometimes oyster crackers and a peanut butter sandwich with strawberry or raspberry jam on it.  There would be Canada Dry ginger ale, and always for dessert, lemon sherbet. She put the food on a little tray -table in front of me on top of my blanket.

Later, she’d leave me there and go the few blocks down to the one-block-long Main Street in our little town, and she’d go into Engel’s Cigar Store, where she seldom had reason to go, and buy three or four sports magazines that she hoped she was choosing right, and bring them home to me. She didn’t want me to look bored to her, or to sleep all day, or to just listen to the radio. She wanted me to read the rest of the day. She knew that would be a more stimulating way to spend my time.

While she was on Main Street, the news came over my radio on the nightstand that Buddy Holly and Ritchie Valens and the Big Bopper had been killed in a plane crash in Iowa. It was hard to sit there in bed all alone with this knowledge. I wanted to tell my friends in the school I could see right out my window. I wanted to run over there. We all knew these singers. We all had older brothers and sisters who had their records. I liked Buddy Holly better than I liked Elvis who seemed like sort of a caricature to me, though I didn’t know that word then.

Two weeks ago while I was holding my sign, with its message of WHY NOT TEACH EVERY SCHOOL KID TO READ WELL, on the sidewalk in front of the Dept. of Education, two guys walked toward me.  They both were lean and alert like Bryan Cranston, and one of them said to me, ‘Oh God yes, I totally agree. I’m a teacher’. His partner, a few yards after they’d passed, smugly said, over his shoulder. ‘They’re not interested in learning to read.’ Yikes. That was the most cynical thing anyone’s said to me in the almost three years I’ve been standing there with my sign. I’ve been thinking about it ever since he said it in that tone of voice he used. My mother comes into it, when I think about it.  She knew what I wanted to read. She knew what would get me to be interested in reading. She knew to get me those sports magazines from the cigar store.

My father comes into it, too. He read all evening when he came home from work. He’d make himself a drink first, and then, in his cozy office/den, with a fireplace he’d even sometimes light in summer, he’d start to go through the newspapers and magazines that were in a stack on the ottoman in front of his chair. He read all the time. And he encouraged it in me. He would try to get me to read things in the paper beyond the sports page. He’d point out front page stories and hand me the paper. He’d fold the Wall Street Journal in half, length-wise, and show me the daily long essay that began on page one and tell me how I ought to get in the habit of reading it. I didn’t, of course. But I got his message about how much he cared about newspapers, and reading of any kind. So it surprised me when later in life he told me that he didn’t like to read when he was a kid, and that it had worried his father. So his father went down to maybe the same cigar store my mother went to and bought him some Nick Carter detective stories. I’d never heard of Nick Carter, but I later found out that they were hard-boiled tales for adult men that every other parent would have forbidden their kids to read.  Nick’s stories apparently worked for my father. My grandfather knew what would work. 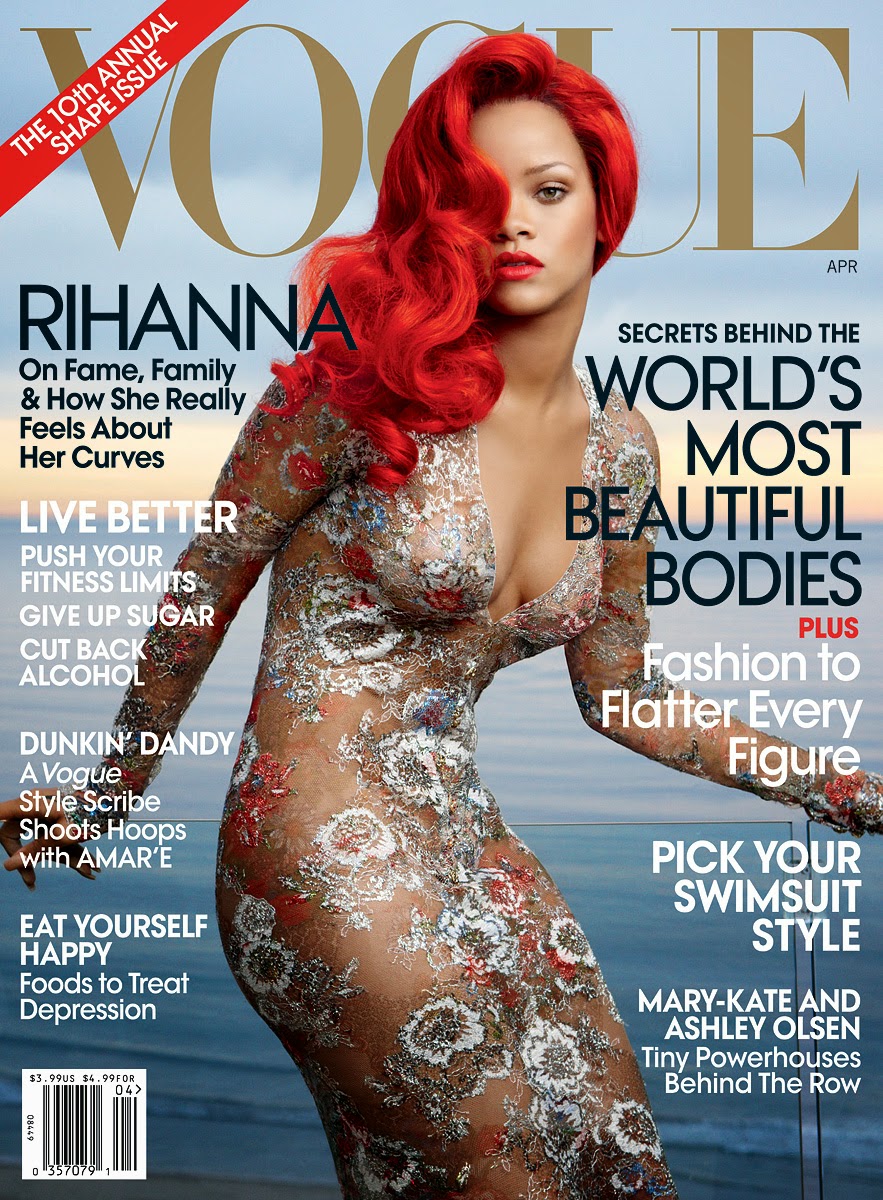 It got me thinking, and I’m still thinking about it. What If kids could read whatever they wanted? What if they don't want to read The Diary of Anne Frank or Sounder or The Book Thief or Great Expectations or To Kill a Mockingbird?, which they don’t really, at least not in school, not along with everybody else. Who wants to read the same book as everybody else is reading and then compete with everybody to see who can raise their hand and give the teacher the answer she wants to hear? Ugh. Kids want contraband. They don’t want books their teachers think are good. Anymore than they’d want to listen to music their teachers suggested. Think about it. A lot of kids think books and reading are boring. It’s music they go to for emotional information and stimulation. Or movies. What if they had their Nick Carter equivalent in school? Or all the sports magazines they wanted? Or music magazines or fashion magazines? People, US, Fast Company, XXL, Rolling Stone. Vogue, with Rihanna on the cover. Don’t you think they’d like to read those? Rather than leave their books behind in their locker when they were supposed to be taking them home, they’d try to steal these magazines. That’s what you want kids to want to do. You want them to want to steal the book they like it so.

When I moved here 17 years ago, one of the good bookstores I’d go in kept Jack Kerouac books and J.D.
Salinger books and Kurt Vonnegut books, and maybe some others, behind the counter, because kids would steal them from the shelves. That excited me to know that.

I think kids in the city schools should be able to read what they want. I think that would galvanize them to read. They would grow to want more than sports magazines, more than Nick Carter. Many of them would find the books that are important. And they would find out for themselves why they are. They’re going to need teachers who have an instinct for it though, like my mother and my grandfather had it. They’re going to need English majors at the very least to help them, and let them help themselves to reading what their natures are drawn to. English majors would know how that works. That’s the best thing I’ve thought of to answer the guy who bothered me the way he said what he said over his shoulder.

Posted by Bill Gunlocke, a city reader at 3:55 AM No comments:

Email ThisBlogThis!Share to TwitterShare to FacebookShare to Pinterest
Better Rivers Than Amazon
Local bookstores are the way to go 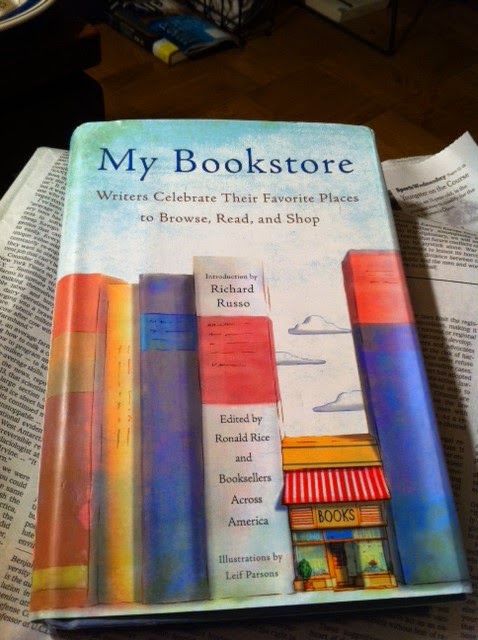 neighborhood bookstores. That’s tragic.  Imagine how different part of the block would be if there were a good bookstore with a good window display. There used to be bookstores all over town. Fewer and fewer now. We all know that.


This book has writers from around the country write about their favorite bookstores. Towns or cities you might not think of as bookish, have a good store that means something to the community. We have some good ones still left here. But their rents aren’t getting any cheaper. Forget Amazon, that’s not like going in a real store. It’s just easy. Easy is what got our society in trouble; made us fat, too. Start tomorrow; no more Amazon. Look for a store that seems to fit you, and be a regular.
Posted by Bill Gunlocke, a city reader at 3:35 AM No comments:

Email ThisBlogThis!Share to TwitterShare to FacebookShare to Pinterest
Your Library Needs You Right Now
It only takes a minute

Libraries here are busier than ever. I see it at my neighborhood branch, Epiphany. It’s hard to find a seat 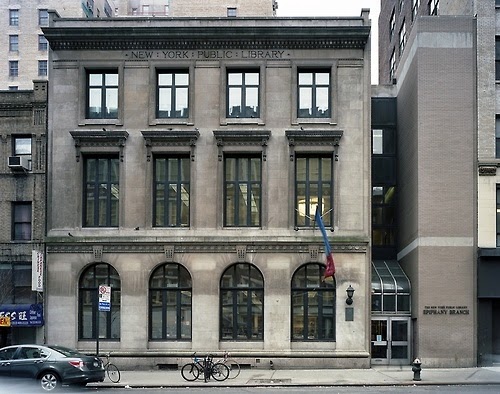 There are form letters in the entrance to my branch now that they ask you to please sign. They are to convince the Mayor and City Council to increase funding for libraries in the next budget. You can find them at your branch, or you can sign online at NYPL.org. It takes a minute at most. Do it now, before you forget.  It’s your town.
Posted by Bill Gunlocke, a city reader at 3:31 AM No comments: 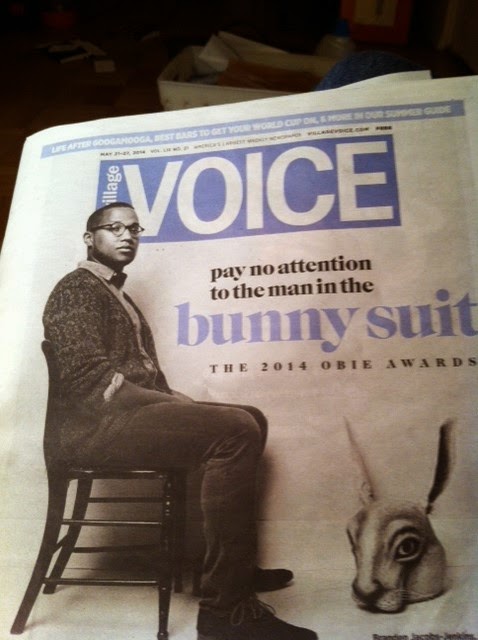 Grabbed a Voice the other day. I rarely do anymore. I never see anyone with one. I read through it while I ate at a diner counter. Bigger, better pages than Time Out New York.
Posted by Bill Gunlocke, a city reader at 3:27 AM No comments: