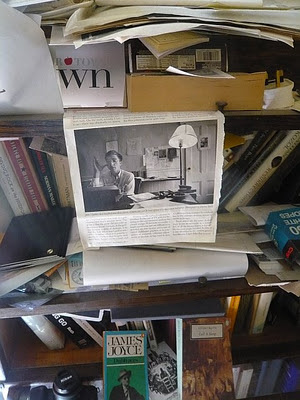 An idea that came to the cityReader when he was thinking about St. Mark’s Bookshop staying alive.

St. Mark’s Bookshop got a new life. Another chance. A rent deal was worked out. Did you know that? So all those fiercely smart books that they always have there get to stay on their shelves. It’s almost like the end of Fahrenheit 451, in this day when bookstores are closing, when books are being squeezed into little gizmos not much bigger than the Sgt. Preston ore detector I ordered from Shredded Wheat when I was a kid. In this day when we genuflect at Steve Jobs’ grave for including a futuristic voice app on the new iPhone that you can talk to like something we’d have been grossed out by in ominous futuristic movies years ago. It’d have been something we’d Occupy… over, wouldn’t it? Now we’re gushing about it. Isn’t that weird? Isn’t the idea weird? Talking to a non-person and asking her if our social calendar is full on Wednesday at 6:00? Isn’t it weird that we think that’s cool while bookstores are closing.

So it’s good that a real bookstore is staying open. And it’s good that the smart people who work there will still have jobs. Some of them have already been let go of course the past few months as austerity had to rule in these times of Amazon and iPads. And Nooks. Maybe we’ll turn back some day. A CD collector friend who goes to flea markets and record fairs says the every CD that comes out now also comes out in vinyl. He says Letterman (I don’t stay up that late anymore) holds up the big vinyl album now, not the little CD anymore, when some singer or group comes on. That’s cool. Maybe after books die, they’ll come back to life again. I love the stuff of books. I think the biography of Jobs with the photo and the white dust jacket is better looking than any of his products. That doesn’t mean that I don’t get some kind of stimulation from my iPhone, but not like I do from a cool-looking, cool-feeling book.

Anyway, St. Mark’s’ difficulties made me think of good bookstores and the very bright staffs they have. You know them. They seem like they all went to Oberlin. And that they’ve read Thomas Pynchon and you haven’t. Because they have a look that says that. That look that makes you not ask for a bag even if it’s raining out. That look that makes you want to say when you’re buying the Patti Smith book as a Christmas gift that you read it a year ago. You zip up your coat lest they see the dukes-up leprechaun on your Notre Dame T shirt. You love ‘em being there though. It makes the store seem a step up from the street. They make you bring your A game.

So here’s what I’m thinking. These bright Pynchon-reading bookstore sales clerks love to be around books. They’ll work for cheap and live in parts of Brooklyn that look like car impound lots so they can live in New York City and be around books. There must be thousands of such types all around the country who’d love to live in New York City and be around books. If they could find such jobs they’d leave Portland in a New York minute. But with bookstores closing here and scaling back where would all those book types work? Who needs thousands of English majors from Skidmore and Middlebury and Spelman and Kenyon and Wisconsin and Georgetown?

If the schools decided they needed to change themselves into places where language and literature were honored above all else. If the schools decided that they could no longer ignore the obvious: poor kids aren’t learning how to read or write in the city’s schools. It just wasn’t working. Almost not working at all. It wasn’t working anywhere, actually. Not in Louisville. Not in Green Bay. Not in Houston, Dallas, or Galveston. Not in Portland.

But only New York could attract the bright young reading and writing types that would love to live here and spend their days with books and lined paper. They’d love to read aloud to kids. They’d love to learn about new young adult novels. They’d rather do that than stand behind cash registers . And they’d make more money. It’d get their parents off their ass, too.

You couldn’t find a better match. This would be better than Teach for America. This would be a book nerd’s wet dream. With summers off and long holidays to go to Burning Man and the World Cup. They’d enliven the faculty room. No more talk about ‘The Good Wife’ and Groupon dominating lunch time. There’d be talk of Bushwick concerts and Alexander McQueen. There’d be 'Playbills' from The Book of Mormon. Energy. Happiness. A job. An English major with a job with books. You could almost cry, couldn’t you?

Now, they won’t have had all the education courses. Maybe none, if you’re lucky. You want them to have had courses in Beckett. You want them to remember Shel Silverstein poems from when they were kids. You don’t care what they wear. I don’t know what you’d have to tell them. Tell ‘em to read when the kids do. Tell them to make sure every kid has a book they like, all the time. Show ‘em where the school library is. They’ll want the library to be a good one. Tell them you’ll take care of noise in the halls. And that you’ll make sure parents know that these teachers weren’t hired to be disciplinarians. Tell them this has to work. For the kids and for them. This is a dream match-up. Life-long readers and would-be’s. It has to work. And it will work, if no one gets scared, and reverts to the old ways. To The Old School.

The Old School is where it is now. It can’t stay there. I see it in the faces of the people who pass me with my sign. They all know. They’re not going to Occupy Wall Street about it. Neither am I. But they know it has to change. When they read about this old man’s New School idea, they’ll wish they’d had such a place when they were young. So do I. So do you. Let’s make these new schools for the kids.
Posted by Bill Gunlocke, a city reader at 6:09 PM No comments: 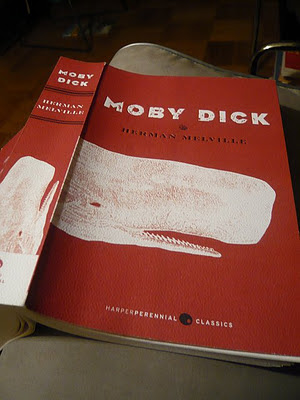 50 Years Later, It’s Me and Ishmael Again
I’m reading Moby Dick
In the middle of reading the new novel , The Art of Fielding, I felt compelled to go get a copy of Moby Dick. You’ll see why when you read The Art of Fielding.
I had never finished Moby Dick. I wrote a poem once about not finishing it one high school summer because I kept being drawn to the basketball hoop in my driveway that I could see from my bedroom window. I hated summer reading lists anyway.
Now I’m a hundred pages into it, and it’s all you’ve heard. If you read it in high school, you haven’t read it yet. Go get the paperback and read it now. Ishmael’s voice is quite a voice.
Posted by Bill Gunlocke, a city reader at 6:02 PM No comments: 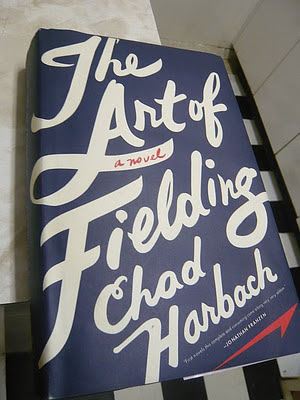 Why would a 500-page first-novel about a baseball team at a small college in Wisconsin get over-the-top rave reviews? Why would one of my daughters who’s no big sports fan have read it, saying she hated to have her train from Brooklyn get to its Manhattan stop when she was in the last chapters? Why did my West Village bookseller almost hand it to me? Why did a guy I didn’t know in that store two weeks later when I was looking for my next book point out the The Art of Fielding to me? I don’t know why it’s all that to them.
But the team in the Midwest is nicknamed the Harpooners and the college has a statue of Herman Melville on the grounds. And they’ve got a shortstop named Henry that you’ll remember the rest of your life.
Posted by Bill Gunlocke, a city reader at 5:56 PM No comments: 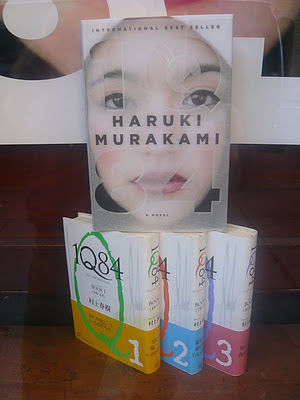 One of the great windows at Three Lives bookstore in the West Village.
Posted by Bill Gunlocke, a city reader at 5:52 PM No comments: