Remembering the freedom of getting out of college, and the 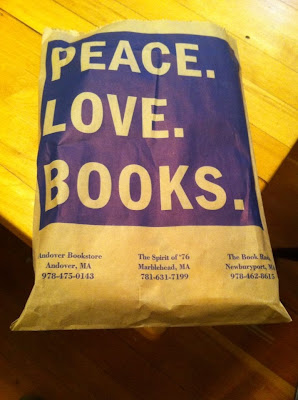 freedom to read as I pleased.

It may have been the freest day of my life. Or let me at least say it was the first free day of the rest of my life. I can still see part of it. I can see the outside of the campus bookstore I was heading into. It was mid-morning. The windows on the front of the store reflected big trees and a clear sky. Or maybe it just looks clear in my mind now.

I was 21 years-old. A little hungover. I was almost certainly smoking a cigarette. About to flip it anywhere it landed, as I approached the entrance to the store. It was 1969. You could flip a cigarette wherever you wanted then. Maybe you could smoke it in the store; I can’t remember.  I know you could smoke in grocery stores.

There was hardly another customer in the store. It was dead. No surprise. It was the morning after my college graduation. Everyone had headed out of South Bend, Indiana already, or was still sleeping off their last college beers. I’d been up for a few hours already. I lived off campus.  Unlike my buddies at our all-boys school, I lived with a wife and a week-old daughter 15 minutes away. It would be a few days before I’d get to put college in my rear-view mirror.

For four years I’d roamed around the second floor of that bookstore. The first floor was all notebooks, and pens, and slide rules, and T-shirts and sweatshirts with a two-fisted leprechaun on them. The second floor was books. Mostly heavy, dust jacket-less textbooks which I had no interest in reading, and usually didn’t. I wasn’t alone with that attitude; the late ‘60s upended a lot of conventions, like studying outmoded received ideas. What I went up there for were the few rows of trade books, as they’re called; the books you buy for pleasure, and for your own real education. That’s what I was after. I went up there all the time. I picked up new hardbound books and turned them over in my hands, aching to read them. I handled, and often bought, paperback books by writers like Thomas Pynchon, and Joseph Heller, and Kurt Vonnegut. Eldridge Cleaver’s Soul on Ice showed up my junior year. I would stand there by myself, my buddies weren’t drawn to books like I was, and wish for a time when I didn’t have the tedious pressure of schoolwork hanging over my long-haired head. A time when I could read any book I wanted.

That’s why I was heading into the bookstore that liberating June morning. Finally the day had come when I could buy books I wanted without thinking I shouldn’t, that I should be reading my heavy school books instead.

What was all that about all these years then, all that talk about schools and preparing the kids for the future? They were our future. That was said all the time. And now to find that a mayor who’s had three terms to make a mark, has not done any better than 22% of the kids he’s been responsible for being prepared to go further in school than high school where they didn’t read very well at all. Ike Davis got sent down from the Mets to the minors for only getting hits 22% of the time.

All the guys in my college in 1969 could read well. Even the guys who were still sleeping off beers that morning after could read well. They might have spent more time reading the Chicago papers in the student center over coffee and cigarettes with Steppenwolf playing on the juke box than they did reading their airless text books. And they might have skipped class to read about the Warren Commission or to finish reading Portnoy’s Complaint. But they could read well. It wasn’t a question. It was effortless. The kids who didn’t do well in college slept through their 8:00 classes, or drank too much, or didn’t care about reading what was assigned and chose to read other stuff.  It wasn’t that they couldn’t read well. 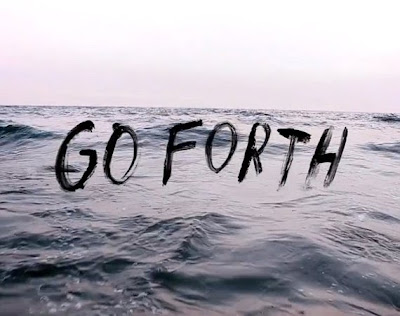 What do you do with your life if you can’t read well? What does the mayor think about that? What about all those kids who can’t read well enough to go to college? What are they supposed to do? And it’s not just that they’ll have to face life and the job market and the dating market without a college degree; it’s they likely can’t read well enough to get even a decent job, not a great job, a decent job. What can you do without an ability to read? You can go through your head now and think of the jobs available to those who can’t read well. A lot of people who are relegated to such job choices aren’t by nature cut out for them anymore than my old buddies would have been.  But my buddies could read well, and had more options available to them, assuming they made it back from Vietnam, or had come up with some way out like I did.

Later that week after graduation, my wife and teeny daughter and I drove to Cleveland where my wife was from and where I had found a job in the inner-city teaching English to 5th grade kids. That was my way out of going to Vietnam.  Not long after I got there, mail started coming to my new address from my college. I was an alum now and so got applications for football tickets, and letters with fund-raising appeals. Four times a year the alumni magazine came. The issues were—still are—all good.  I’ve looked forward to them for almost 45 years.

One issue made an impression on me, or I should say, one guy, in one issue, made an impression on me.  It was a couple years after I graduated. There was a small piece with a small photo. The guy in the photo was holding a can. That’s all he had, as I remember it anyway. Maybe there was a little sign, or something on the side of the can, that said he was collecting money for the people who were being devastated by war and storms in Bangladesh. He had a plain white T-shirt on and khakis. No slogans anywhere. No two-fisted leprechauns. The article said he stood with the can in front of either of the two dining halls when guys were filing in to eat. It mentioned who he was and why he did it and how much money he’d raised.

I’ve thought of him often over the years. I thought of him when I decided to hold a sign that says: WHY NOT TEACH EVERY SCHOOL KID TO READ WELL. I've kept that photo of him in my mind, through divorce, through the deaths of my parents and of some of my friends from college.

Posted by Bill Gunlocke, a city reader at 7:26 AM No comments:

Email ThisBlogThis!Share to TwitterShare to FacebookShare to Pinterest
Not My Kind Of Town 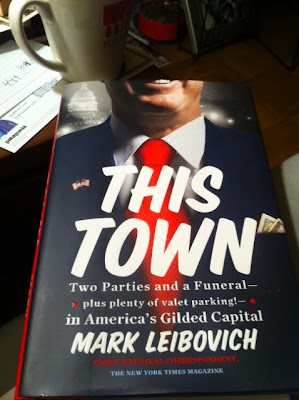 This gossipy new book reminds me why

In spring when the trees in my New York neighborhood are full of buds, I think of Washington where I went to high school. At my age I get wistful for things and places from my youth. Each spring I tell myself I’d rather be in DC.

After reading Mark Leibovich’s This Town, I won’t waste time with such thoughts again.


It reminds you that the guys who ran for office in high school (yours and mine) are the guys who run DC. The guys who made posters for themselves. This book is all about them, with their insecurities and their vanities. It’s full of good bad-stuff. Leibovich is the chief national correspondent for the ‘New York Times Magazine’. The book is like a good magazine article that lasts a nice long time.
Posted by Bill Gunlocke, a city reader at 7:15 AM No comments:

Email ThisBlogThis!Share to TwitterShare to FacebookShare to Pinterest
The Tipping Point 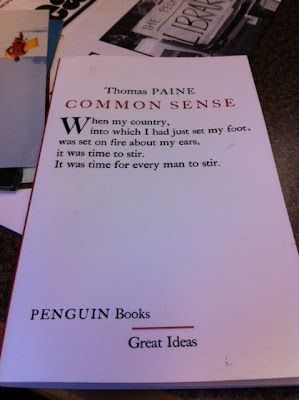 Thomas Paine published Common Sense in January of 1776. It pushed a lot of American colonists to seek independence from England instead of some kind of settlement that would allow them to remain subjects. There were around 2.5 million people in the colonies then. 100,000 of them bought the pamphlet. That’s a huge bestseller. (It may be the all-time bestseller when you consider the small population then.)  More than that no doubt read a friend’s copy.

Paine didn't care to profit from it:


‘As my wish was to serve an oppressed people, and assist in a just and good cause, I conceived that the honor of it would be promoted by my declining to make even the usual profits of an author.’
Posted by Bill Gunlocke, a city reader at 7:12 AM No comments: 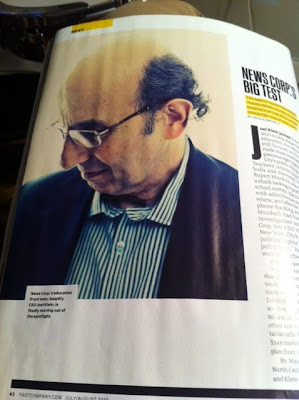 Former NYC Schools Chancellor Joel Klein in a piece in ‘Fast Company’ magazine. He’s been working for Rupert Murdoch on some ambitious school equipment.
Posted by Bill Gunlocke, a city reader at 7:07 AM No comments: