The Girls of Summer 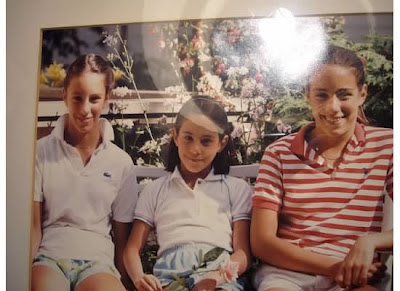 I’m using my daughters to make a point. That’s them in the picture, thirty years or more ago.

A divorced father, I lived close to my three kids and saw them a lot. Overnights, dinners, movies, pick ‘em up from school, watch their games. All that stuff. But I looked forward eagerly to the week-long getaways with them from where we lived in Cleveland to South Florida to see my older sister and her kids over spring breaks, and in summers to drive to my younger sister’s big summer home on a lake in Northern Michigan. That’s where this begins. On Crooked Lake.

You almost couldn’t tell my kids apart from my sister’s kids or the other kids in my sister’s big extended married-into family up there. They dressed like them. Swam like them. Read the same Judy Blume and V.C Andrews. Listened to the same tunes. Same TV shows. Same movies. Same things to hold their hair back.

What they didn’t do like their cousins or the other kids there was water ski. Oh, they could get up eventually. And go around once or twice. But the other kids could hold on with one hand and adjust their bathing suit with the other. They could wave and signal their mother or father to speed up or go around the loop again. They could jump the wake and crouch down way out there almost hole-high with the boat and zoom across the water grinning the whole time. My kids couldn’t do that. They couldn’t drop a ski either. They certainly couldn’t go from the dock on one ski.

No matter that we went for a week or so every summer. The kids up there were there for the whole summer from places like Cincinnati and Detroit and Chicago. They skied every day. My kids couldn’t do what they did on skis. And as they got older and started to like boys, they didn’t even bother to try to get better or even ski anymore. They were too far behind. They’d sit on the dock looking at Seventeen or a book and get a suntan instead. Or float on rafts on their stomach to get their back and back of their legs brown.

They probably figured why even try to do something they couldn’t get really good at. They may have envied their cousins’ easy ability. They may have wished, for that daily hour when the boat was in constant use taking one kid after another for self-assured ski adventures, that they were back home in Cleveland, hanging with their friends who couldn’t ski well either.

I could relate. In the small town I grew up in in Western New York, some kids’ families had cottages on little nearby Loon Lake, or on another lake around there. My family didn’t. The kids that had a cottage could water ski like the Crooked Lake crowd. I couldn’t. I could shoot hoops and play baseball with the best of them, but I never learned to ski. I avoided the lake therefore, only going when I got older to drink beer and smoke cigarettes and feed the jukebox at Musty’s, a wobbly, wonderful lakeside dive.

You know where I’m going with this. I’m going to equate my kids and my not becoming easy skiers to some of the city’s school kids not being able to read well. As I’ve said many times in this blog/newsletter: the kids aren’t going to be able to read easily until they get enough reps. And because they don’t get enough reps, they’re going to pull back from it. Go away from it. Feel bad about it. Get mad at it. Say screw it. They’ll want to go back to Cleveland and hang with their friends who can’t do it well either.

For my kids and waterskiing, there was no way to catch up. An annual week of doing it, couldn’t get it done. There was simply no way to do it so infrequently and get good at it. There was no place to do it when they weren’t at the lake. No place to practice. It’s not that way for kids who aren’t good readers. They have schools. They have schools where they have to go almost 200 days a year. By law they have to go. At least till they’re 16. They can’t blow it off. They can’t avoid it. It’s like going to Crooked Lake 200 days a year. With a desk of their own and a teacher.

With all that time, ten or twelve years of time, nearly 200 days in each of those years, how come many aren’t learning to read well? If a kid went to the lake and went skiing that much and didn’t learn to ski competently, you’d think something was crazy. You’d think it couldn’t be true. You’d say the boat must not have enough oomph, the skis didn’t fit them, or the lake was too rough. Or that they were not really going ten or twelve years. Or they weren’t going every day of those 200. You wouldn’t accept that at the end of all that time, the kids who’d been going to the lake from when they were six until they were 18 couldn’t ski easily. You’d say that’s nuts.

Every time I stop to write about it, the number of years and the number of days, and the poor results, confound me. Does the syllabus speak to the needs the kids have? Do the state’s curriculum requirements speak to the needs the kids have? Does anyone in a board meeting or a teachers’ workshop say, Hey, this isn’t working? Is what’s on the agenda for the poor-reading kids in the new school year different from last year? Is teaching every school kid to read well the paramount goal? Are the kids getting all the reps they need?

That my three daughters aren’t easy waterskiers is not important to their lives anymore. The lack of that skill doesn’t hamper them. It doesn’t prevent them from living interesting lives. If they couldn’t read well, it would make a world of difference. They’re lucky girls.

Posted by Bill Gunlocke, a city reader at 7:14 AM No comments:

Email ThisBlogThis!Share to TwitterShare to FacebookShare to Pinterest
Free Thinker in China 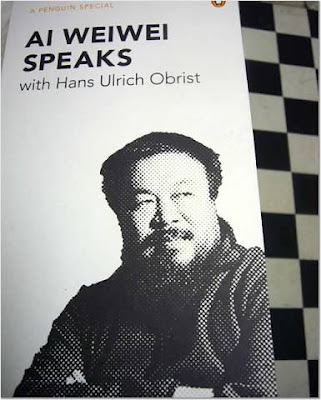 If it were the late ‘60s, when I was in college, you’d carry this book around in your hip pocket. You’d read everything the guy wrote. There’d be posters. T-shirts. More students would get cameras. They’d go see the movie ‘Ai Weiwei: Never Sorry’ at IFC over and over. They’d name kids after him.

I’ve become a little obsessed with him. I’m going to order an expensive book of his photographs. He took 10, 000 shots when he lived here for 10 years as a student. He loves New York. You see that in the film.

In a world where politicians and Lance Armstrong are bullshit, you’ll love this guy.

Email ThisBlogThis!Share to TwitterShare to FacebookShare to Pinterest
What The Smart Kids Are Up To

A magazine that’ll quicken your pace 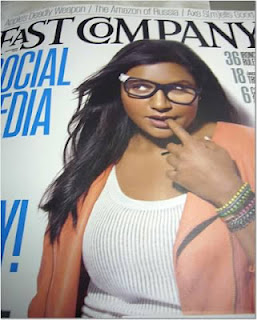 In a time when most magazines are telling you how certain they are that the sky is falling, Fast Company[ might have an article about two recent college grads who just developed a geometry of graphite tubes that will carry water to the thirsty villages of Africa for pennies a day. There’s an article in the newest issue about a company that plans to make biofuels from Brazilian sugarcane.

Get it for yourself. It’s a monthly. It probably doesn’t cost more than a dollar an issue in the mail. Send your kid one. Anybody in junior high or beyond will like it. It’s an energetic magazine. It makes you realize how exciting it can be to be working on the world’s big and small needs.

Posted by Bill Gunlocke, a city reader at 7:06 AM No comments: 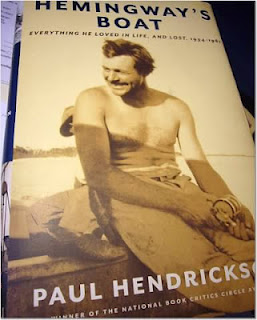 I noticed in a store the other day that it’s in paperback now. It’s very good.
Posted by Bill Gunlocke, a city reader at 7:02 AM No comments: