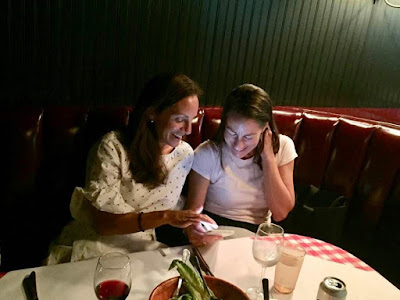 THE DAUGHTER ON THE LEFT, Gretchen, is the oldest of my three daughters. She’s with the next oldest. The youngest is in Wyoming. Gretchen will be 51 tomorrow, Sunday. She was born, when her mother and I were seniors in college, in St. Joseph’s Hospital in South Bend, Indiana. She lives here in New York. She has boy/girl twins who are 11. We were the first of our college friends to have a child. A week or so later was graduation. It was quite a time. 1969. Some of us wore armbands at graduation to protest the war. Fr. Hesburgh was the school’s president. We were very young.

Posted by Bill Gunlocke, a city reader at 8:43 PM No comments: 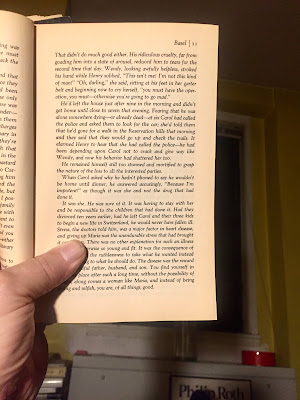 THERE WAS NO BOOKSTORE IN THE SMALL TOWN WHERE I GREW UP. There was no bookstore near the Catholic boarding school I was sent to for high school. There was no good bookstore in South Bend, Indiana where I went to college. Was there even a coffee shop there? In Cleveland where I moved in 1969 after graduation to teach grade school in the inner city as they called it then there were wonderful bookstores. I eventually owned part of a small one. When my father walked into it for the first time, he said to himself, first words out of his mouth, out loud, A person could spend his whole life here.

Posted by Bill Gunlocke, a city reader at 12:23 PM No comments: 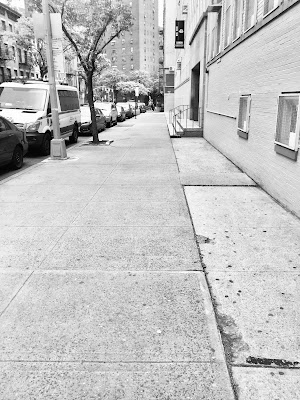 EMPTY SIDEWALK BY SIMON BARUCH MIDDLE SCHOOL down the street from me this afternoon. I miss the boys and girls faces and the boys and girls noise that was always there. Half the block is their concrete outdoor playground. Empty of kids now. Some adults my age with legs like Larry David were hitting tennis balls over two nets they’d brought. They’ve removed the hoops from the backboards so kids won’t be tempted I guess.

Posted by Bill Gunlocke, a city reader at 4:23 PM No comments: 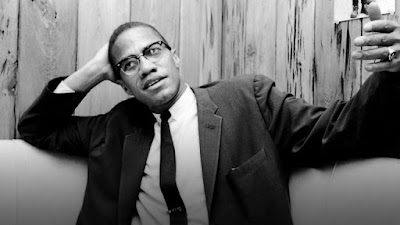 ‘The ability to read awoke inside of me some long dormant craving to be mentally alive.’

Posted by Bill Gunlocke, a city reader at 7:25 AM No comments:

Brown v. Board of Education

With the words "separate educational facilities are inherently unequal," the U.S. Supreme Court reversed more than a half century of legalized segregation. The landmark case was Brown v. Board of Education, in 1954.


Oliver and Linda Brown
The case was named after Oliver Brown of Topeka, Kansas, an African American man whose daughter Linda faced a long commute to school every day. Linda had been denied admission to an all-white, neighborhood school just five blocks from her home. The case became a class action suit involving five states, consolidated under Brown once they reached the Supreme Court. The two lead attorneys were Charles H. Houston and Thurgood Marshall, the architects of the NAACP's legal strategies. Marshall would later become the nation's first African American Supreme Court Justice.
The Court's Opinion
Chief Justice Earl Warren wrote the opinion read on May 17, 1954. The Court's language incorporated some of the main points argued by African Americans, that segregation "generates a feeling of inferiority as to their status in the community that may affect their hearts and minds in a way unlikely to be undone."


Calling Card for a New Era
African Americans took the decision as a calling card for a new era of progress and opportunity. Grass roots organizations gained momentum and membership. More blacks registered to vote. Membership in the NAACP soared, especially in northern cities, and foot soldiers for the organization gained the confidence and audacity to set up field offices in the South. Black veterans of World War II, disappointed to find Jim Crow brutally staring them in the face, were hopeful the Supreme Court decision would bring in a tide of change, if not for them, then for their children.
Segregationist Opposition
Most of the South remained vehemently opposed. In Mississippi, considered by many to be the most staunchly segregationist southern state, the response was swift and vitriolic. An editorial in the Jackson Daily News called the decision "the worst thing that has happened to the South since carpetbaggers and scalawags took charge of our civil government in reconstruction days," and said it would lead to "racial strife of the bitterest sort." The Daily News joined all major elected officials in Mississippi in a vow to fight the decision. "Even though it was delivered by a unanimous vote of the nine members of the nation's highest tribunal," the editorial read, "Mississippi cannot and will not try to abide by such a decision."
The Summer of 1955
One year after the Brown decision, in 1955, many whites in the Deep South remained determined to block its implementation. It was an election year in Mississippi, and politicians used their influence to back segregationist candidates. African Americans attempting to exercise their right to vote or register to vote were met with severe and often deadly resistance. Three African Americans, including Emmett Till, were brutally killed that summer.
When classes started in the fall of 1955, Mississippi schools remained rigidly segregated. Years later, when the state government finally conceded that it could not maintain segregated schools in violation of a Supreme Court decision, segregationist whites would choose to withdraw their children from the public school system rather than send them to school with African Americans.

Posted by Bill Gunlocke, a city reader at 10:52 AM No comments: