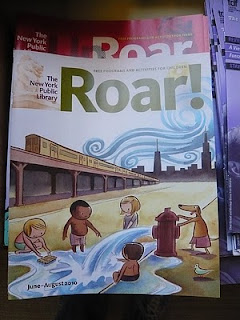 At Least The Libraries Will Stay Open

But here in long-hours New York City, it should be more

According to a mailing from the New York Public Library, over 130,000 New Yorkers sent notes to the city to get budget officials to reconsider the talked-about $37 million cut that would have darkened the libraries up to three days a week. These petitions must have helped. Now the libraries will stay open five days a week. That’s a relief. But still, even symbolically that’s not enough. This is Book Country, the home office of the publishing industry. You’d think library hours here would never be compromised. This is a city where you can eat late, drink till 4 in the morning. That’s radical, compared to Cleveland, let’s say. Why don’t we do something radical about library hours. Why not keep them open late. Open ‘em early. The kids are the future, pols always say. They say a lot they don’t do. We shouldn’t let them just talk about kids and the future and not hold them to it.

Caption: Kids want adults to be strong advocates for them. Let’s give them more hours.
Posted by Bill Gunlocke, a city reader at 7:01 PM