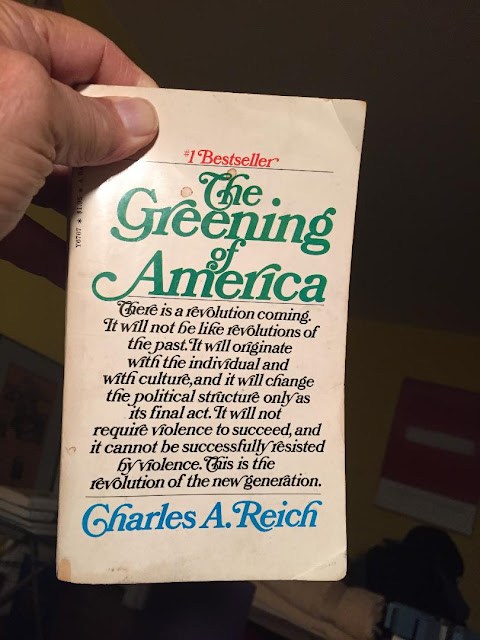 It came out in 1970 and it was to someone then just out of college and teaching school in inner-city Cleveland to avoid the war in Vietnam the book I wanted my father to read. I didn’t buy him a copy, but he did read an excerpt in his daily paper. He cared enough about what he’d read of it to tell me he had. He must have found some things in it that seemed true, even though we had disagreed all through my college years about the war. He earlier thought the Army would do me some good. I don’t think he believed that anymore. If he did, he wouldn’t have mentioned the book.

I read--reread 48 years later-- some of it late last night. I bought two used copies some months ago on Amazon. Today it says they have 91 copies starting at $1.84.

Posted by Bill Gunlocke, a city reader at 8:30 AM