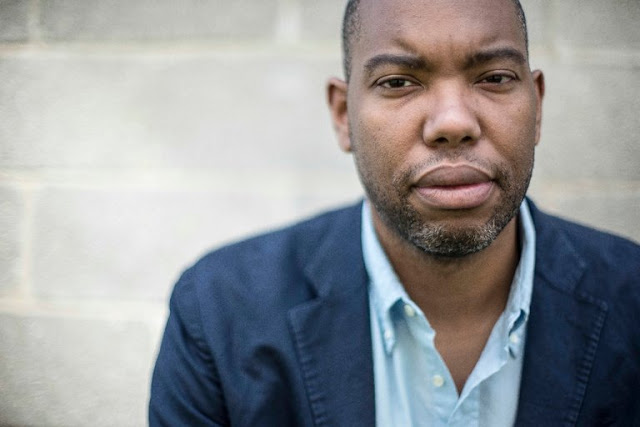 The writer Ta-Nehisi Coates has announced he’s leaving The Atlantic, where he is currently a national correspondent. From the Washington Post’s Erik Wemple:
In a note to staff, top Atlantic editor Jeffrey Goldberg wrote, in part, “Our colleague, and dear friend, Ta-Nehisi Coates is stepping down as a national correspondent for The Atlantic. As he has explained to me — and as he’s written in the recent past — the last few years for him have been years of significant changes. He’s told me that he would like to take some time to reflect on these changes, and to figure out the best path forward, both as a person and as a writer.”
Coates told Wemple that he had become increasingly concerned about his prominence as a writer and as the Atlantic’s “public face,” particularly in the midst of controversy over the magazine’s attempted hiring of National Review’s Kevin Williamson. “When I used to write, it was like I felt like I had more freedom to write as I felt,” he said. “I didn’t think I was representing anything more than my own feelings and thoughts.” He also told Wemple that he has no current plans to join another publication.
Coates has worked at the Atlantic since 2008. He was previously a writer
at Philadelphia Weekly, Time, the Washington City Paper, and the Village
Voice. He has won multiple awards for his writing on racism, poverty, and
politics at the Atlantic and is perhaps best known for his 2014 essay “The Case for Reparations,” which detailed the impact of slavery, post-Civil War racism, and housing discrimination on African-Americans,and his 2015 memoir Between the World and Me, which won the National Book Award for Nonfiction. He remains a writer in residence at New York University’s Arthur L. Carter Journalism Institute and is expected to continue other projects, including upcoming Black Panther and Captain America comics.

Posted by Bill Gunlocke, a city reader at 7:59 AM