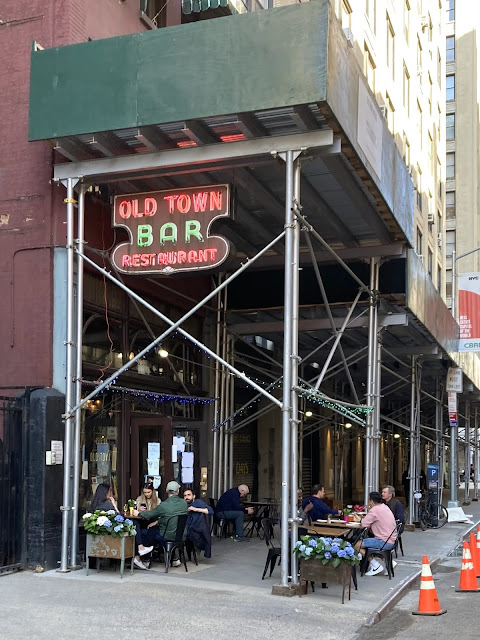 The bar you’d sometimes go to after you bought a book at Strand or a new notebook at B&N and wanted to just look at them by yourself and have a pint in front of you while you did. I walked by it yesterday and it’s open partially. The outside bit is a new thing. The food is nothing special, nor is the way they pull a pint. But it’s a very great space. It used to be part of Letterman’s opening montage. It’s been some kind of tavern since 1892. First German, since Irish though the quirky son of the son says it’s not an Irish bar, it’s an American bar.