During the 2015-16 school year, Steve James, the documentarian behind “Hoop Dreams” and “Life Itself,” and his team of filmmakers observed students, families and staff members at Oak Park and River Forest High School in Oak Park, Ill., a suburb of Chicago. The community has a rich history when it comes to race; Oak Park’s resistance to white flight in the late 1960s led to a diverse population that still exists today. Yet a racial divide remains — the wealth and educational disparities between white and nonwhite residents are often vast.
“America to Me,” a 10-part docu-series airing weekly on Starz beginning last Sunday, was initially born out of Mr. James’s personal connection to the community. A longtime Oak Park resident, he sent three children to the school between 2002 and 2010, and perceived stark differences in the experiences of one son, who struggled with Attention Deficit Disorder, and his daughter, a “high-flying” Advanced Placement student. “It’s not like my son was ignored,” he said. “It was just a very different experience.”
He continued, “I just remember thinking one day, ‘How much different would my son’s experience be if he were black and here, too? If you added that into the equation?’”
During a recent trip to New York to promote the series, Mr. James discussed the process of identifying a dozen students and their families to profile for “America to Me” and the resistance he faced from the school administration. These are edited excerpts from the conversation.

How did your children’s educational experiences inspire you to make this film?
At that time, I just thought it would be a really interesting microcosm to look at race, at education, in a place that — you would think — has the best hope of solving these things. But I never thought it would be possible, because I figured the school would not want us to come in and do that story. And I was right about that.

The principal, Nathaniel Rouse, did not want you there.
Right, and most of the top administrators.
So how did the series happen?
It was the school board. John Condne, who is a teacher there, and who also became a series producer, he read an interview that I did back in 2014. I guess, at the end of the interview — I haven’t gone back and looked at it — but they must’ve said, “Is there something you’ve always wanted to do?” Since it was for the local paper, I said, “Well, I’ve always thought it would be interesting to … ” I think I even said, “But I don’t think that would ever be possible.” 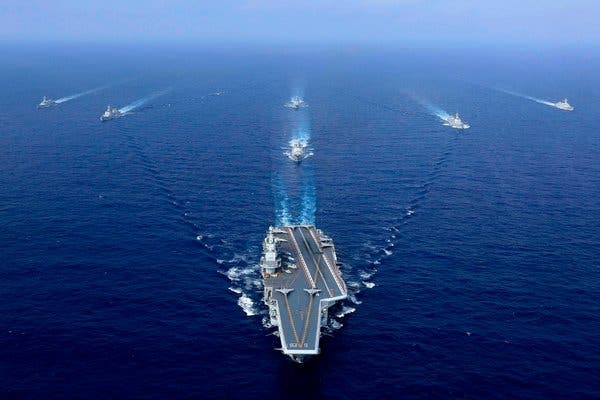 With Ships and Missiles, China Is Ready to Challenge U.S. Navy in Pacific 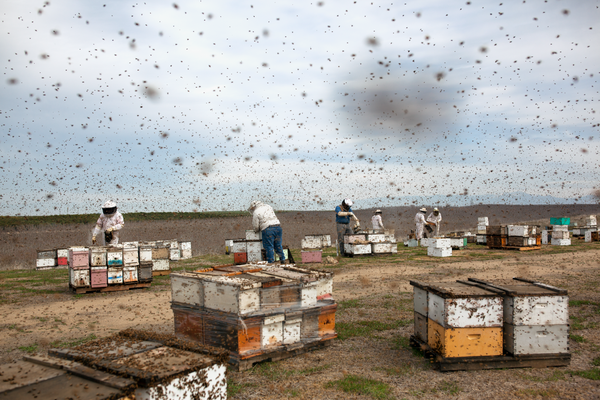 The Super Bowl of Beekeeping 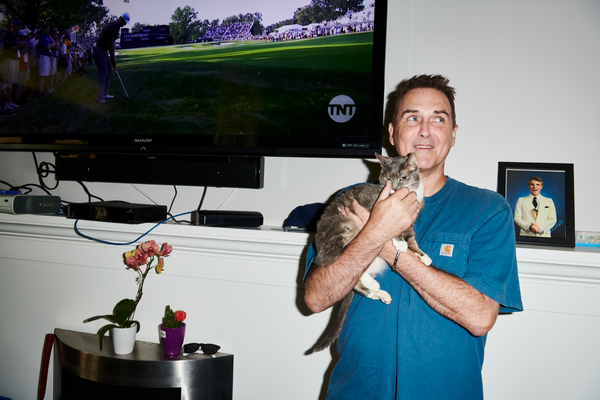 Norm Macdonald, Still in Search of the Perfect Joke

He called me up, and he said, “Actually, I think it could be possible.” I found out that a lot of the people that were on the school board, they run on equity issues. It was easier for them to say yes, but it was also still courageous because they defied their administration in doing it. They heard the administration out and they took a vote, and 6-1, they said “We’re going to do it.”

What challenges came out of the administration’s resistance?
For the most part they made a genuine effort to give us the access we wanted. But they tried to control that, too. Partway through the year, they tried to say I couldn’t speak to teachers in the school without first clearing it. I’m not talking about on camera — just have a conversation with a teacher. I said, “That’s never been the understanding.” They said, “Oh, no, that’s the understanding.”
There were times like that where I had to threaten to go back to the school board, and they backed down.
You were still able to get a dozen students to participate. How did you pick your subjects?
This was unusual for me, because I’ve never done a film where I’ve cast it. All the films I’ve done, I’ve either met someone or I’ve heard a story, and then I do it.
With this one, it was different. John Condne and I, the teacher producer, we met with about 40 families. I was looking for kids who would span the grade levels, at first. And this was ultimately a shortcoming of mine, because I knew we were going to want to follow some white kids, but I gave primacy to the black and biracial kids, in terms of our casting, initially thinking — erroneously and kind of stupidly, honestly — that it wouldn’t be that hard to find some good white student candidates. Given what this was about, I should’ve known better.
What would a “good white student” candidate look like?
[Chala Holland, a former assistant principal] is the one that really impressed upon me that you can’t just tell this story and focus on black and biracial kids. She was right about that. Initially, that’s all I was going to do — I expected to see white kids and students, of course, but not focus on a kid’s story.


ADVERTISEMENT
I was trying to figure out, am I just going to be picking white kids to hold them up as a kind of example of cluelessness or white privilege?


That didn’t feel right — I wanted to tell stories that would present their views, whether they were completely enlightened or not. I also wanted you to like them as kids, and want them to succeed. The same was true with all the black and biracial kids. Oak Park is a magnet for biracial families. It’s also a magnet for adoptive families, usually white parents with black children. I wanted different family situations — single parent, biracial situations, intact families, blended families. I kind of wanted everything, which is how you end up with 12 kids.
Each of us [including the segment directors Kevin Shaw, Rebecca Parrish and Bing Liu] followed three kids, ultimately. I knew it was important to have a multiethnic crew of filmmakers, who were also shooters and who also were a lot younger than me.
Some of the black and nonwhite kids are in this environment where they don’t necessarily trust the white teachers or white authority. What was it like to build that trust with them?
Yeah, the last time I really filmed with high schoolers was “Hoop Dreams,” and that was a long time ago. I was a lot younger. In this case, you’d have to ask [the segment directors] their process, but I kind of know. I mean, Bing has made this amazing film, “Minding the Gap,”which may be the documentary of the year. He has tremendous rapport with his subjects in that film, and he brought that skill to bear with the kids here. His youthfulness and his way, the currency in documentary is access and trust.
I like to say, and it’s not just a line: I really feel like I try to live it. I feel like the filmmaking process, ideally, is one where I’m making a film withthe subjects, not on the subjects. I want them to feel like it’s something we’re doing together, and that they set the parameters. I also tell them they’re going to get a chance to see this before it’s done: “I can’t give you editorial control, but I promise you I will seriously listen to concerns you have.” I’ve changed things over the years, always, as a result of that. I feel like the films have gotten better as a result of that, and more true.

Posted by Bill Gunlocke, a city reader at 7:50 AM