from The New Yorker:


Trump vs. the Times: Inside an Off-the-Record Meeting 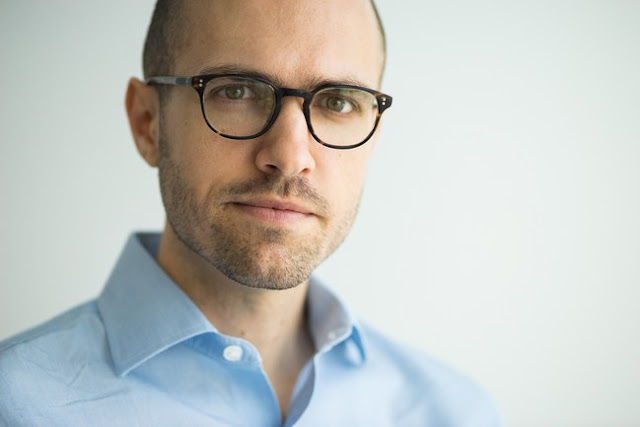 On July 20th, the new publisher of the Times, A. G. Sulzberger, visited the Oval Office at the invitation of President Trump. The meeting was meant to be off the record. As a matter of policy, Dean Baquet, the executive editor of the Times, will not attend such meetings without being able to report on them. Instead, Sulzberger went to the session accompanied by James Bennet, the editorial-page editor. The meeting, which Trump clearly intended as a way both to introduce himself to Sulzberger and to complain about coverage, became, in the course of more than an hour, something a great deal more revealing.

The President broke the off-record agreement nine days later by tweeting that he and Sulzberger had talked about “the vast amounts of Fake News being put out by the media & how that Fake News has morphed into phrase, ‘Enemy of the People.’ Sad!” Sulzberger fired back with a statement saying that he went to the meeting expressly to push back on the President’s “deeply troubling anti-press rhetoric,” which has proved “not just divisive but increasingly dangerous.”

The once-secret session provides a fascinating look at Trump’s capacity to feign charm and receptiveness to criticism in private and then return to a war footing not long after.

The two Times leaders had not known why they had been asked to the White House, but it was soon evident that Trump did not intend to berate them, as he might in a tweet or from a podium. Not surprisingly, Trump took up much of the seventy-five-minute session extolling his accomplishments, real and imagined. He also wanted to sell Sulzberger and Bennet, to explain to them just why he was so critical of the press and routinely brands the “failing” Times and so many other outlets as “fake news.”

Trump, as he often does, claimed that he invented the phrase “fake news.” (Indeed, he has said elsewhere that “fake news” is “one of the greatest of all terms I’ve come up with.”) In fact, “fake news” first entered the language in the late nineteenth century; it came to the fore most recently as a way of describing fabricated stories, not a few of them engineered for profit in Russia and other foreign countries. Trump adopted the phrase for his own purposes during the 2016 campaign and has deployed it as a weapon in his broader attempt to delegitimize the news outlets—the Times, the Washington Post, CNN, and many more—that he views as political adversaries, and to create a kind of parallel universe of “alternative facts” and realities.

During the Oval Office discussion, Sulzberger pointed out to Trump that foreign leaders, particularly authoritarians and despots, have taken up Trump’s language and angle of attack. And the reason is not hard to discern: autocrats from Manila to Yangon, Ankara to Caracas, Beijing to Moscow, have found it advantageous to point out that even the President of a country that gave primacy to freedom of speech and the press in its Constitution disdains the news media as “fake.”

Last year, the Chinese state news agency denied a report that police had tortured Xie Yang, a human-rights activist, as “essentially fake news.” The Syrian President, Bashar al-Assad, denied an Amnesty International report on the thousands of people who died in a military prison between 2011 and 2015 by telling Yahoo News, “You can forge anything these days. We are living in a fake-news era.” U Kyaw San Hla, a top security official in Rakhine State, in Myanmar, denied ethnic cleansing in the country, insisting, “There is no such thing as Rohingya. It is fake news.” (Two Reuters journalists who exposed the killings of ten Rohingya are currently on trial in Myanmar and face up to fourteen years in prison.) In Venezuela, President Nicolás Maduro went on the Russian state channel RT and declared that “Venezuela is being exposed to bullying by the world media besieging us. . . . This is what we call ‘fake news’ today, isn’t it?” After the Cambodian government put journalists in prison, expelled Radio Free Asia, and closed dozens of radio stations and the Cambodia Daily, Prime Minister Hun Sen went on the offensive against critical coverage in the West, saying, “I would like to send a message to the President that your attack on CNN is right. American media is very bad.”
Trump seemed to relish telling the Times executives that not only had he invented the phrase “fake news” but that some countries had banned “fake news.”

The Times publisher told the President that he was even more concerned about Trump branding the press as “enemies of the people”—a phrase used by the Jacobins in eighteenth-century France and by Stalin at the height of the Great Purge, in the late nineteen-thirties. (When Nikita Khrushchev denounced Stalin, in the fifties, he said that “the formula ‘enemy of the people’ was specifically introduced for the purpose of physically annihilating such individuals.”) Sulzberger argued that the use of such a phrase was inflammatory, dangerous to journalists both in the United States and abroad. Journalists were getting threats, he told the President. Some news outlets were posting armed guards at their offices. Journalists abroad were being imprisoned, murdered. To inflame that situation with such rhetoric was a true danger, a match lowered to a tinderbox. Sulzberger pressed this point twice, both in the middle of the session and toward the end.
Strikingly, Trump did not argue and at least pretended to take it onboard.

He did not apologize, by any stretch, but he tried to get across the possibility that he would think about it. At one point, near the end of the conversation with Sulzberger and Bennet, he even pointed to his temple, a gesture that seemed intended to indicate that he would give the idea some consideration.

The Times executives left the meeting struck by how relatively mild Trump had seemed compared to his public performances, but they were under no illusion that he would change his rhetoric.

The problem is that Trump’s assault on the press has been remarkably effective. He is by no means the first President to resent or attack the press. Richard Nixon raged in the Oval Office about the sins of the Washington Post, telling aides that no Post reporter could ever again enter the building; his Vice-President, Spiro Agnew, referred to the press as “nattering nabobs of negativism.” But none has ever waged battle with the press so obsessively. Trump’s ferocious attacks at rallies and on social media give a direction and a language to his amplifying outlets: Sean Hannity, Tucker Carlson, Rush Limbaugh, the Drudge Report, Breitbart, and countless trolls online.

Trump’s capacity to create alternative and polarizing realities, to divert attention from his failures and scandals, to inflame his opponents, and to foment a general atmosphere of culture war and mutual recrimination is perhaps his greatest political talent. He can be affable enough to a couple of visiting Timesexecutives in the Oval Office but then has no compunction about going back to war from the stump. This is at the heart of his appeal.
Steve Bannon, once Trump’s chief ideologist, put the matter well earlier this year when he told Michael Lewis, “We got elected on Drain the Swamp, Lock Her Up, Build a Wall,” he said. “This was pure anger. Anger and fear is what gets people to the polls.” Bannon added, “The Democrats don’t matter. The real opposition is the media. And the way to deal with them is to flood the zone with shit.”

It didn’t take long for Trump to make it plain that he will not mellow or relent. Attacking the media will undoubtedly be part of his campaign strategy for the midterm elections. In Kansas City, four days after his meeting with Sulzberger and Bennet, Trump told followers at a rally, “Stick with us. Don’t believe the crap you see from these people, the fake news.” And then, as the crowd booed the reporters, Trump added the Orwellian finisher: “What you’re seeing and what you’re reading is not what’s happening.”

On Sunday, after violating the off-the-record agreement with the Times and then learning of Sulzberger’s response, Trump dispensed with any notion that he was rethinking the phrase “enemies of the people.” In a flurry of tweets, he made it all quite clear; the true danger was an “insane” media and its outrageous insistence on describing the “internal deliberations of government”:

When the media - driven insane by their Trump Derangement Syndrome - reveals internal deliberations of our government, it truly puts the lives of many, not just journalists, at risk! Very unpatriotic! Freedom of the press also comes with a responsibility to report the news . . .

. . . accurately. 90% of media coverage of my Administration is negative, despite the tremendously positive results we are achieving, it’s no surprise that confidence in the media is at an all time low! I will not allow our great country to be sold out by anti-Trump haters in the...

. . . dying newspaper industry. No matter how much they try to distract and cover it up, our country is making great progress under my leadership and I will never stop fighting for the American people! As an example, the failing New York Times . . .

. . . and the Amazon Washington Post do nothing but write bad stories even on very positive achievements - and they will never change!

And now another week begins.


David Remnick has been editor of The New Yorker since 1998 and a staff writer since 1992.

Posted by Bill Gunlocke, a city reader at 3:12 AM