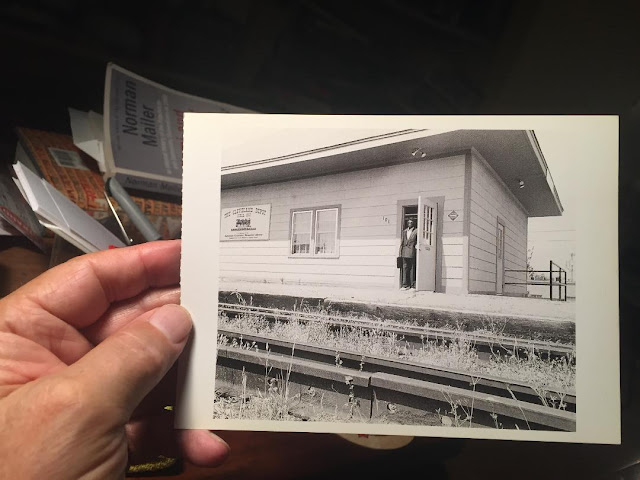 
'Built in 1884, the railroad ran from New Orleans up to Memphis, and new towns like Cleveland, Mississippi were created along the route. President Grover Cleveland, after whom the town was named, William Jennings Byan, and President Theodore Roosevelt made whistles stops here. The train stopped running in the 1960s. The abandoned depot was converted to a special Library for Adult Literacy.'

Posted by Bill Gunlocke, a city reader at 5:29 AM